Just off the Green: Golf is Hard - Part 3

After finishing the regular season with a record of 8-2 and a region championship, established programs like ELCA, Fellowship Christian and Prince Avenue got most of the postseason attention.

When quarterback David Dallas scored his second touchdown of the night early in the fourth quarter Monday, the Lions were only behind 27-21 and looked to have the Prince Avenue Wolverines on the ropes.

But the message was clear – the Lions took a huge step this year into the upper echelon of the class. And with only two senior starters, Head Coach Kenny Dallas and the Lions put the rest of the state on notice.

The game was a showcase for two of the top quarterbacks in the state of Georgia. One has a bright future, a lot of college interest and was the leading passer of the game, with 277 total passing yards.

The other is a five star who will be playing for the Georgia Bulldogs next year. David Dallas went toe-to-toe with one of the best quarterbacks in the nation and played at that level.

In the 10 days since the Lions defeated Calvary Day to earn their state championship berth, Coach Dallas and his staff have been designing a scheme to do what no one else in the state has done all year – slow down the Wolverines.

The challenges got significantly tougher just after the game started. Two of the Lions’ top defensive players, Bryce Wilcox and Jimbo Batchelor, were injured early and missed most of the game.

The Lions preach preparation and do not make excuses, and the next men up were sophomores Joshua Taylor and Lane Werling. It is more than just a mantra at Trinity Christian, and those men held their own against one of the best offenses in the state.

Things started off rough for the Lions. The Wolverines scored easily on their first offensive possession of the game and after a defensive stop, scored again. It was 13-0 with 7:32 remaining in the first quarter.

The Lions slowly worked their way back into the game and appeared to get their first touchdown of the game on a pass from David Dallas to Josh Dallas, but the play was negated by an ineligible man downfield infraction.

Undaunted, they took their 5-yard penalty, and scored on the next play, again on a pass from David Dallas to Josh Dallas. The offensive spark carried over to the defense, and got a pick from Wolverine quarterback Brock Vandagriff in the end zone.

The Lions’ offense drove the field quickly, highlighted by a 64-yard pass from David Dallas to Aaron Gates. The Lions were poised to take the lead, but a tipped ball was intercepted in the end zone for a touchback. The Wolverines drove the field in less than four minutes for a score on Vandergiff’s second touchdown pass of the game. It gave Prince Avenue a 20-7 halftime lead.

It was imperative that Trinity Christian score on their opening drive of the second half, and quarterback David Dallas was up for the task. He was effectively running quarterback draws that were inflicting damage to the Wolverines’ interior defense. He scored on a 2-yard run to pull the Lions back within six at 20-14.

Even after giving up another score to the prolific Wolverine offense, the Lions answered right back with another David Dallas touchdown run. This one was from 6 yards, and it was 27-21 in the fourth quarter.

Unfortunately, the toll of the two missing players on defense allowed the Wolverines to put the game away with two final touchdowns for the 41-21 final.

Afterward, Coach Dallas said, “I have never been so proud. We put the team ahead of ourselves on every play. The way we started the game down 13-0 and kept fighting just shows who we are.”

It was an incredible night for the Dallas twins. David had a touchdown pass and 277 yards passing along with 29 tough rushing yards and two touchdowns, and David caught 11 of his brother’s passes for 162 yards.

Most of their offensive and defensive weapons are back. The work ethic has been established. The rest of Class A Private is on notice, the Lions are still climbing mountains. This game only strengthened their resolve. 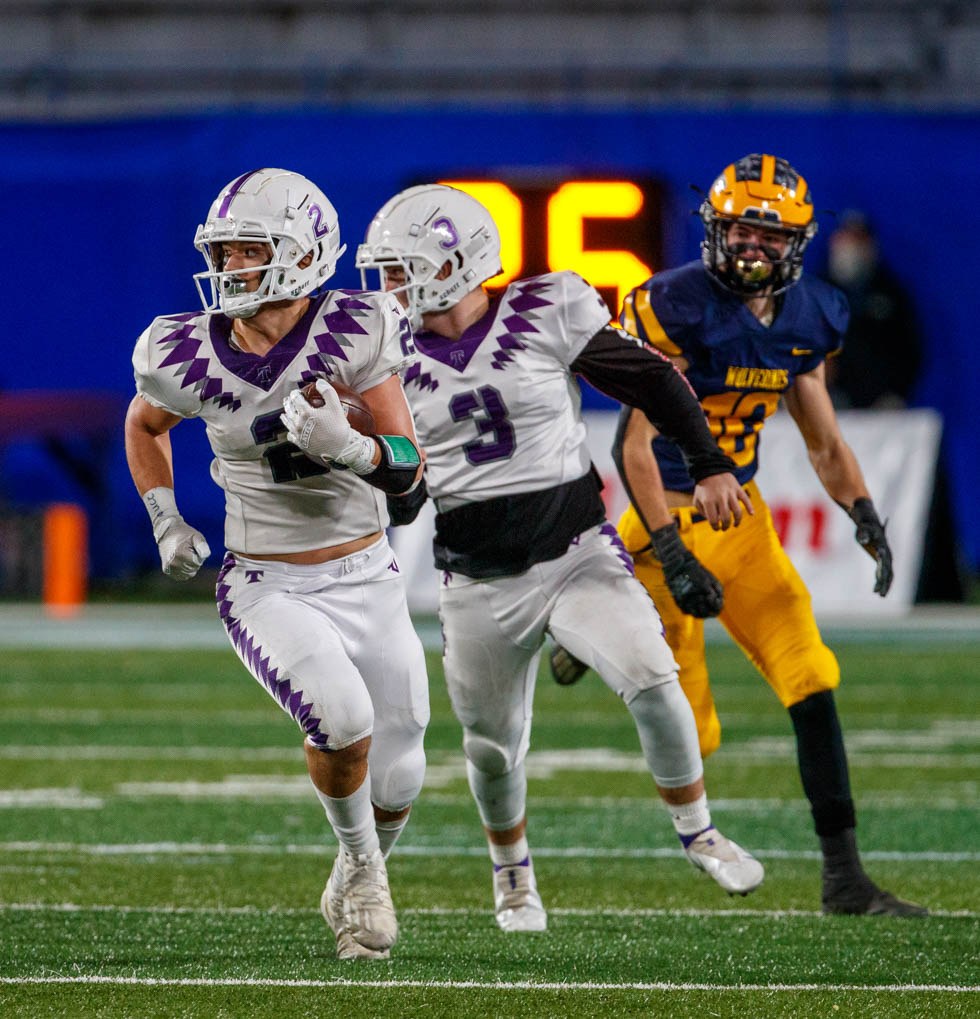 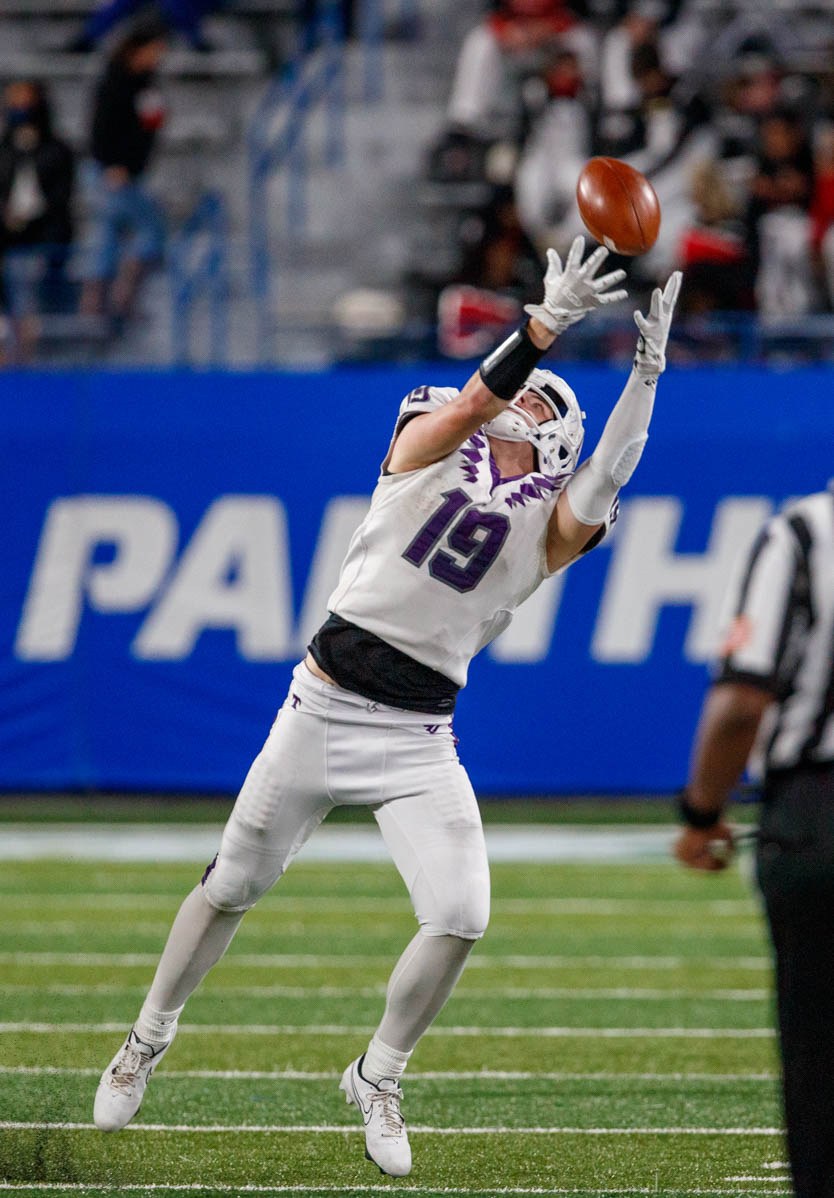 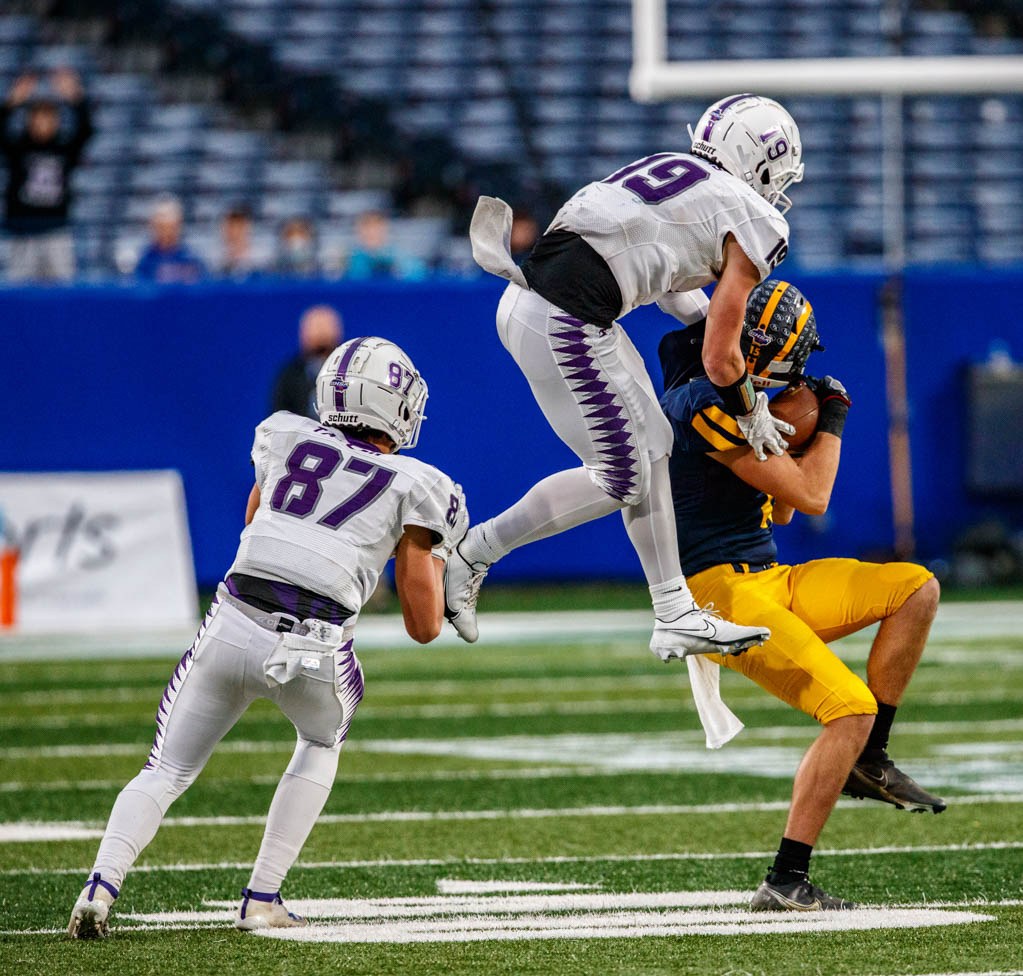 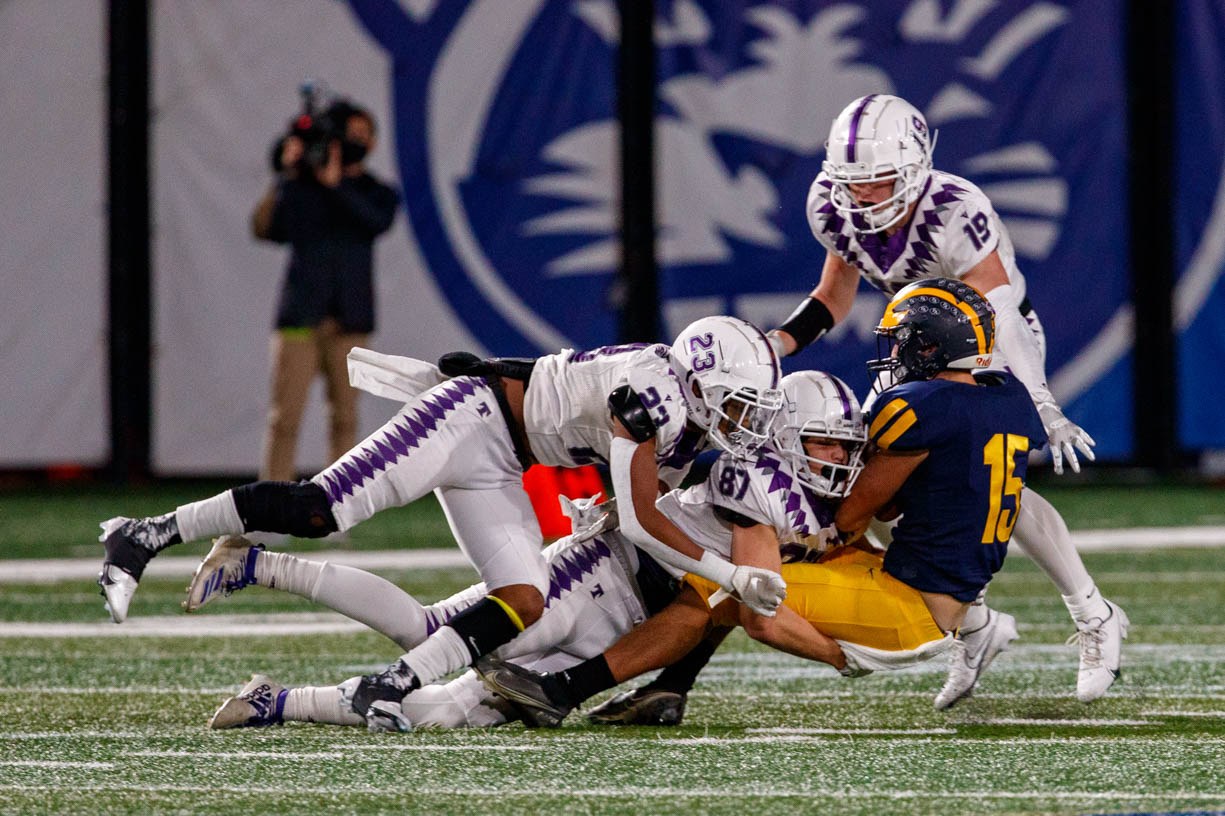 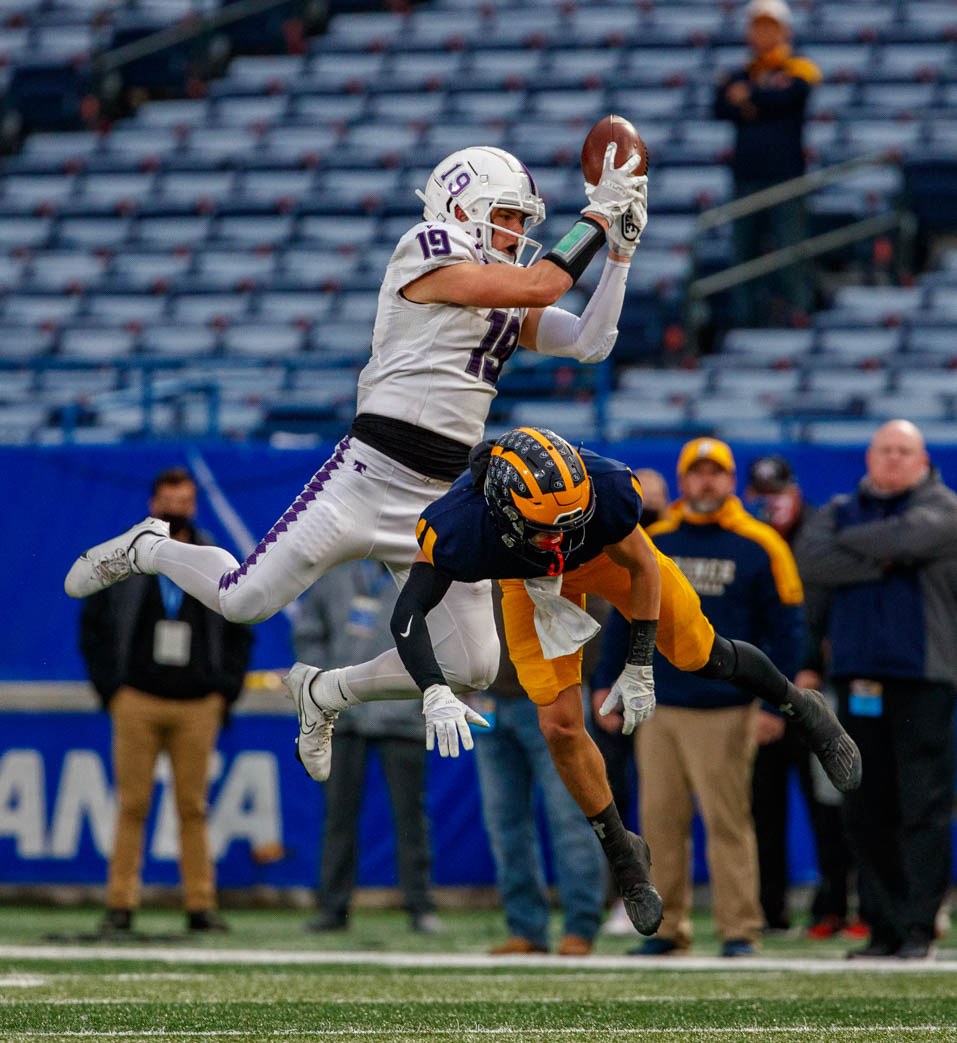 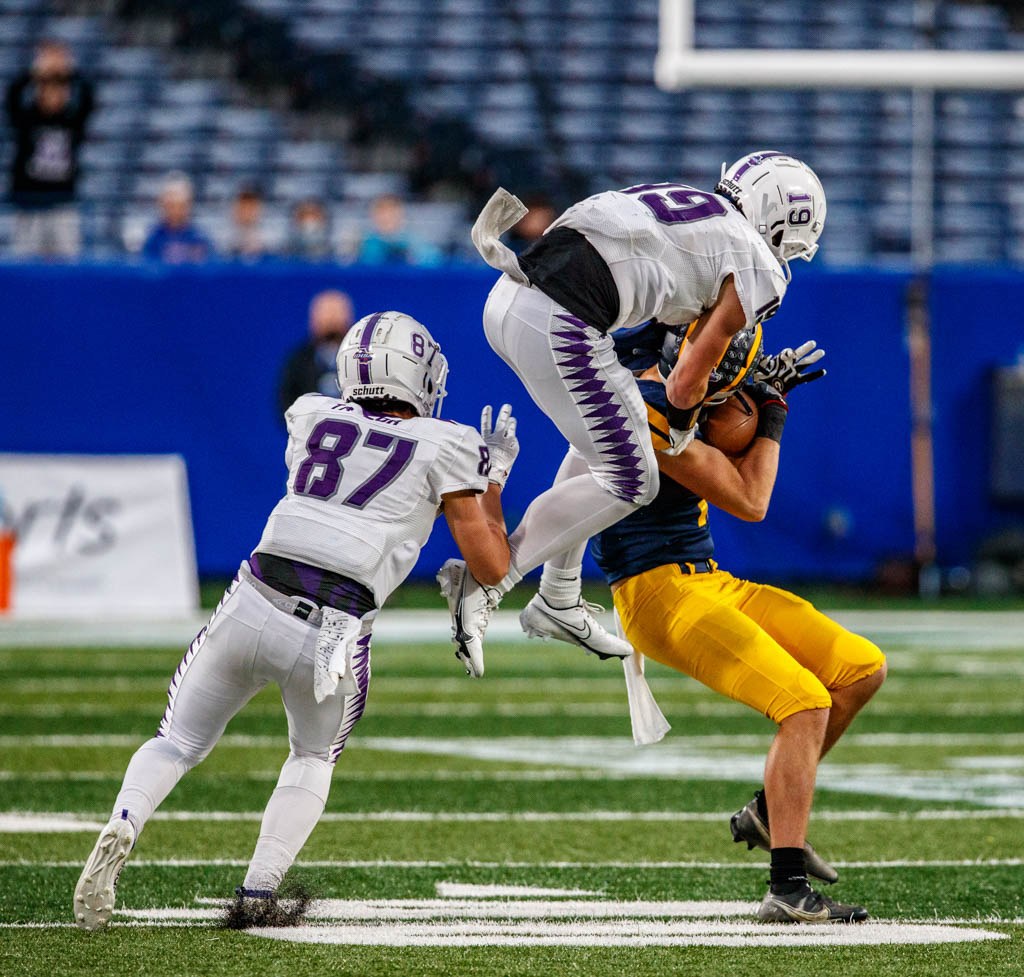 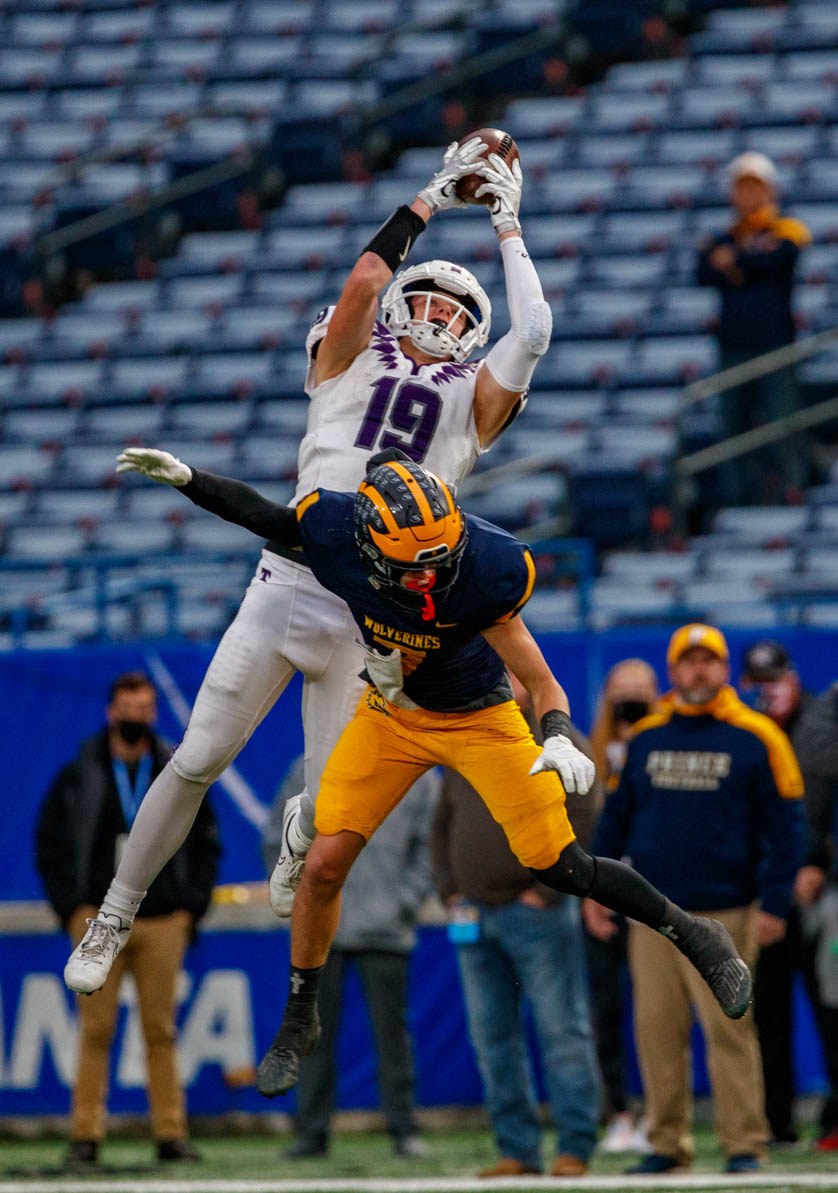 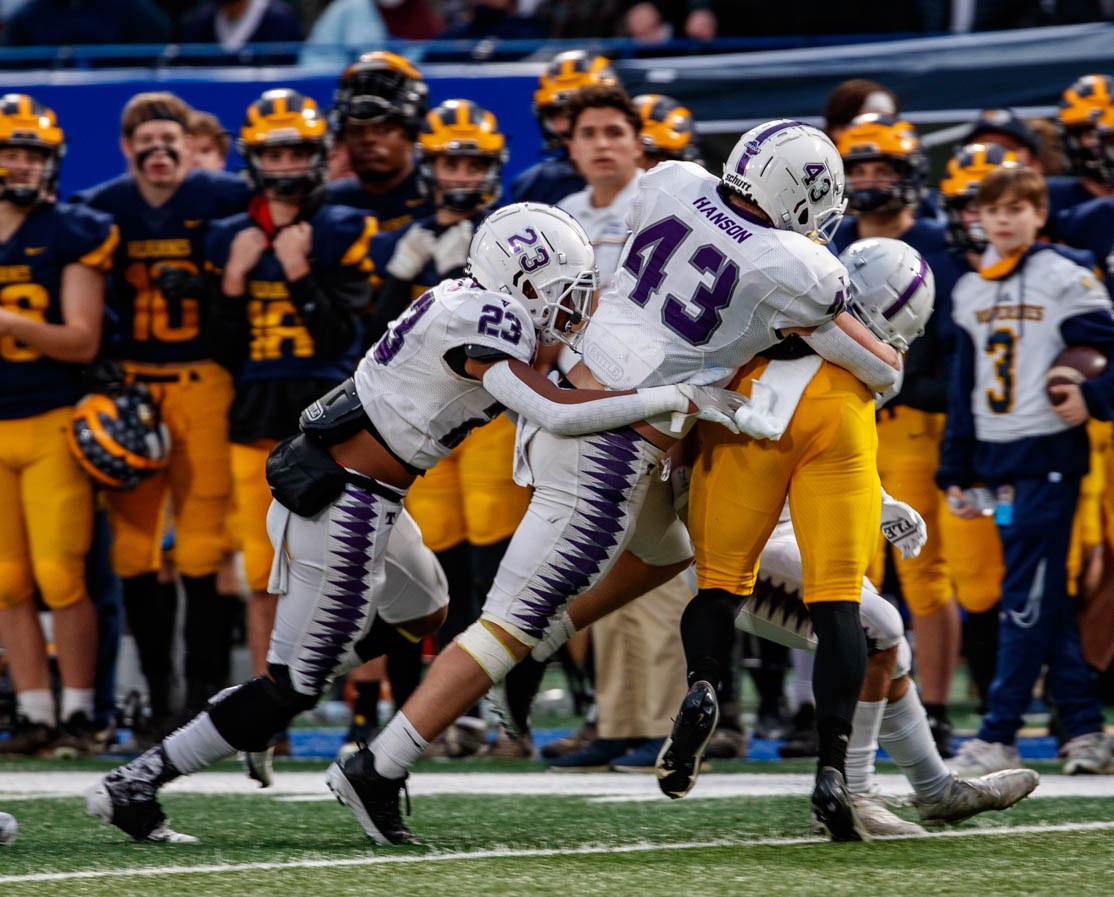 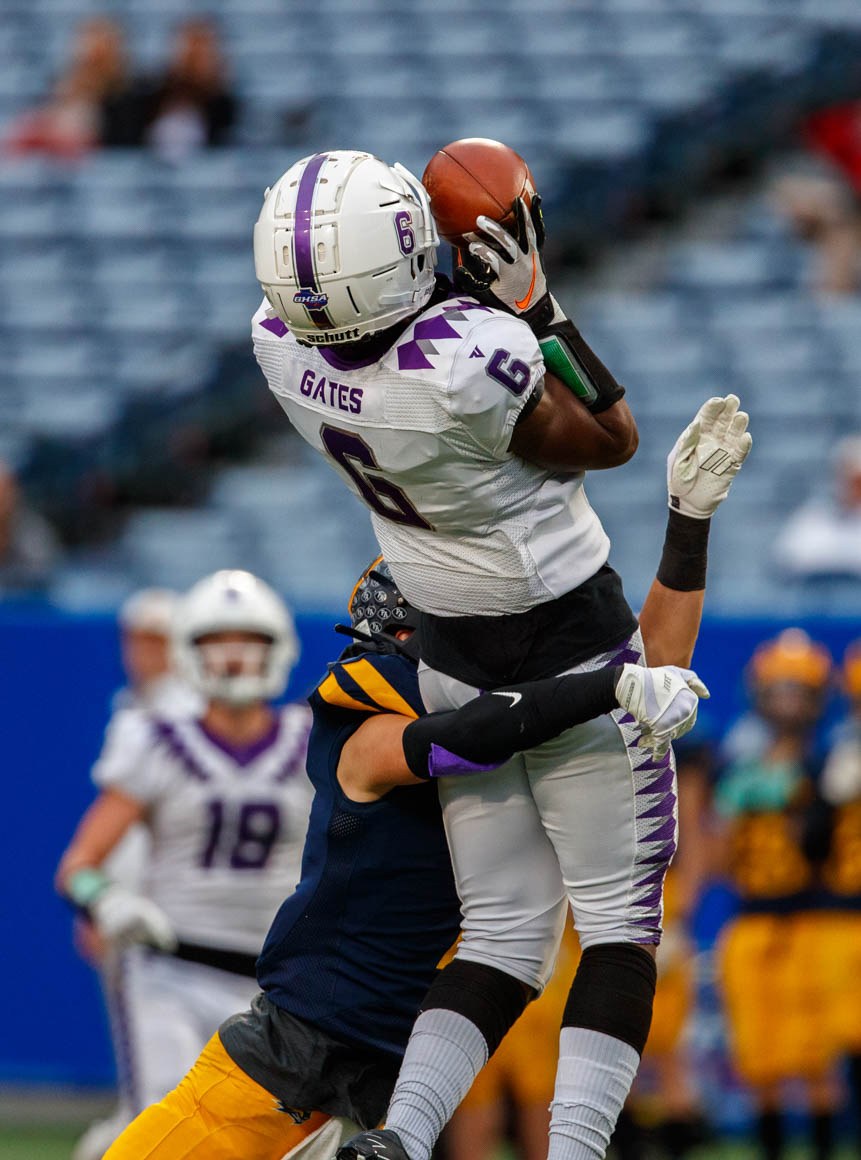 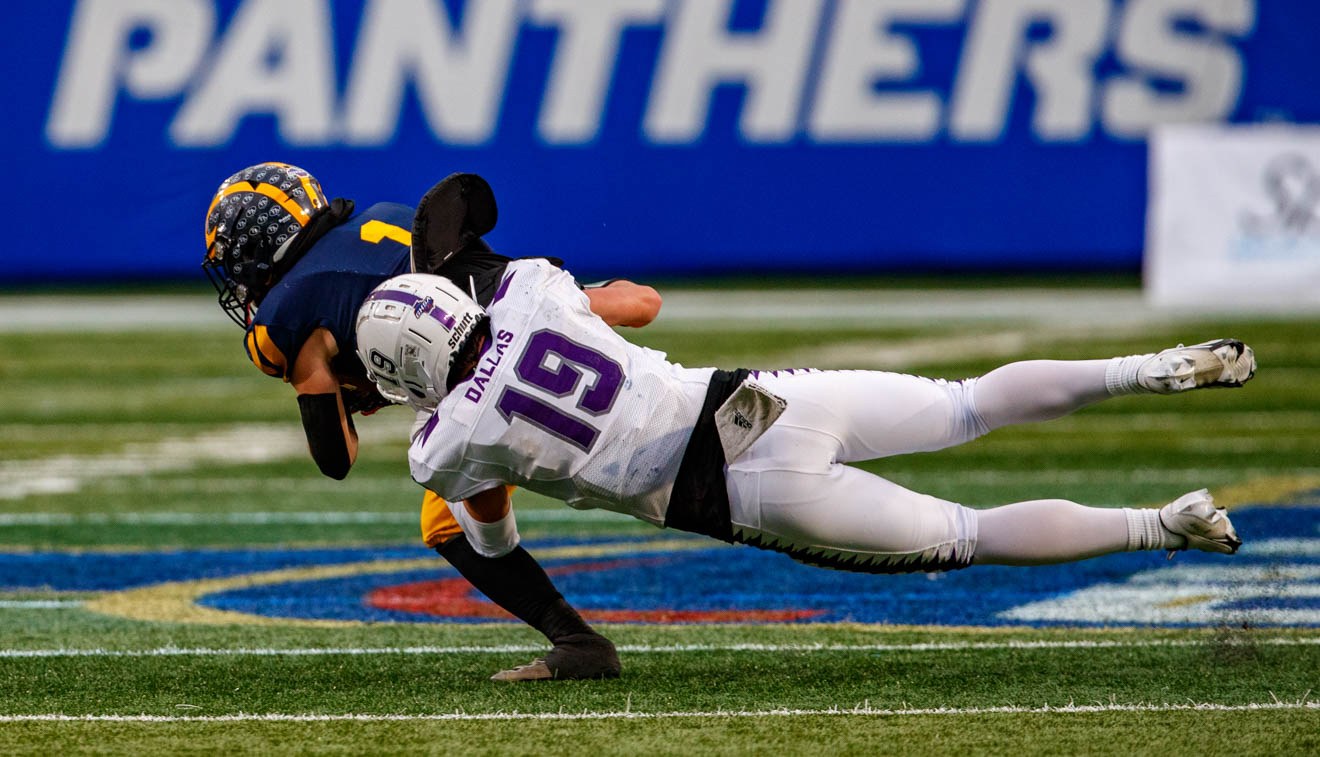 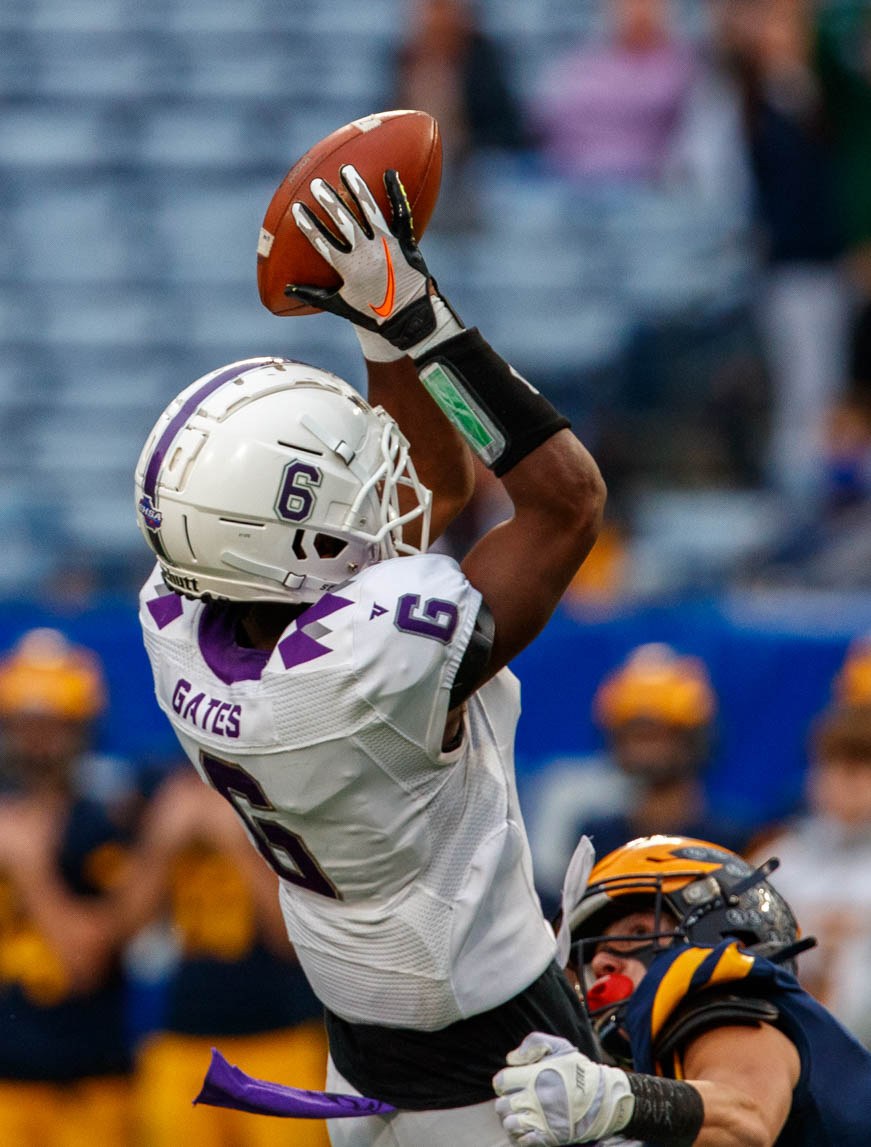 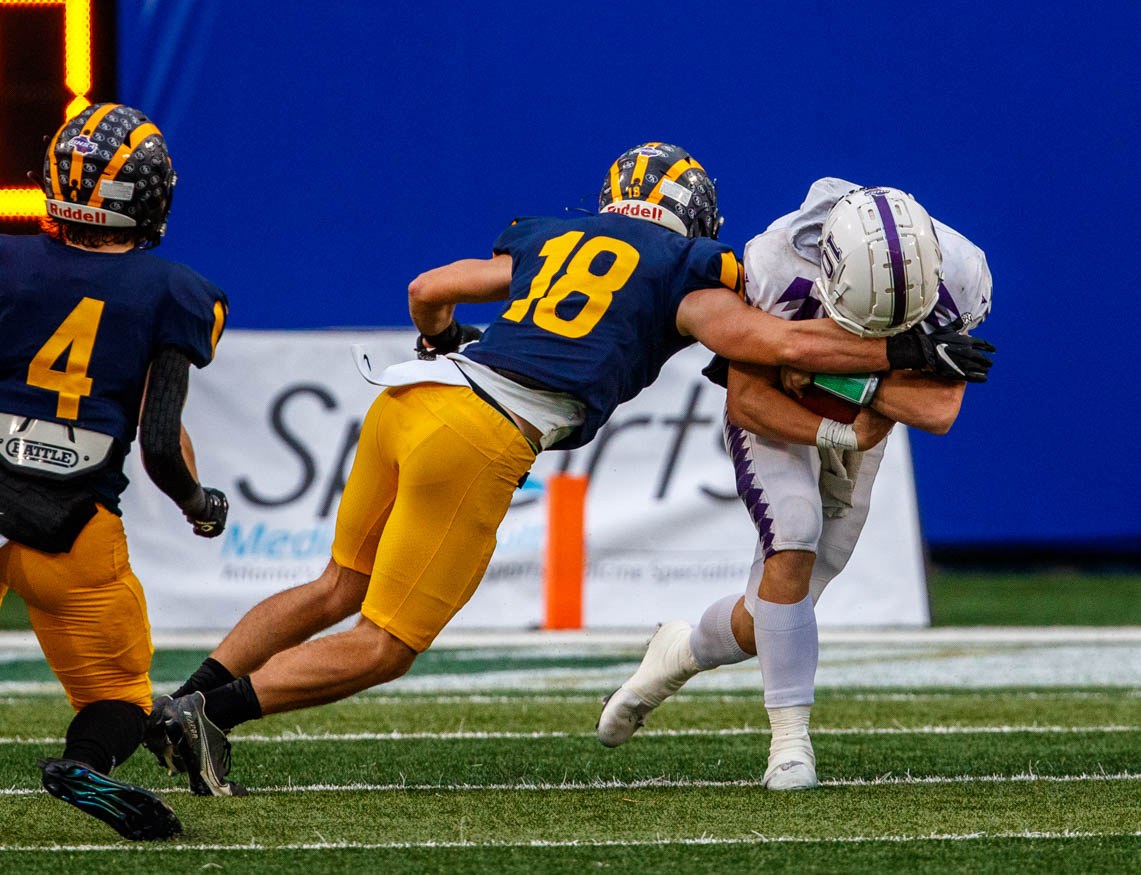 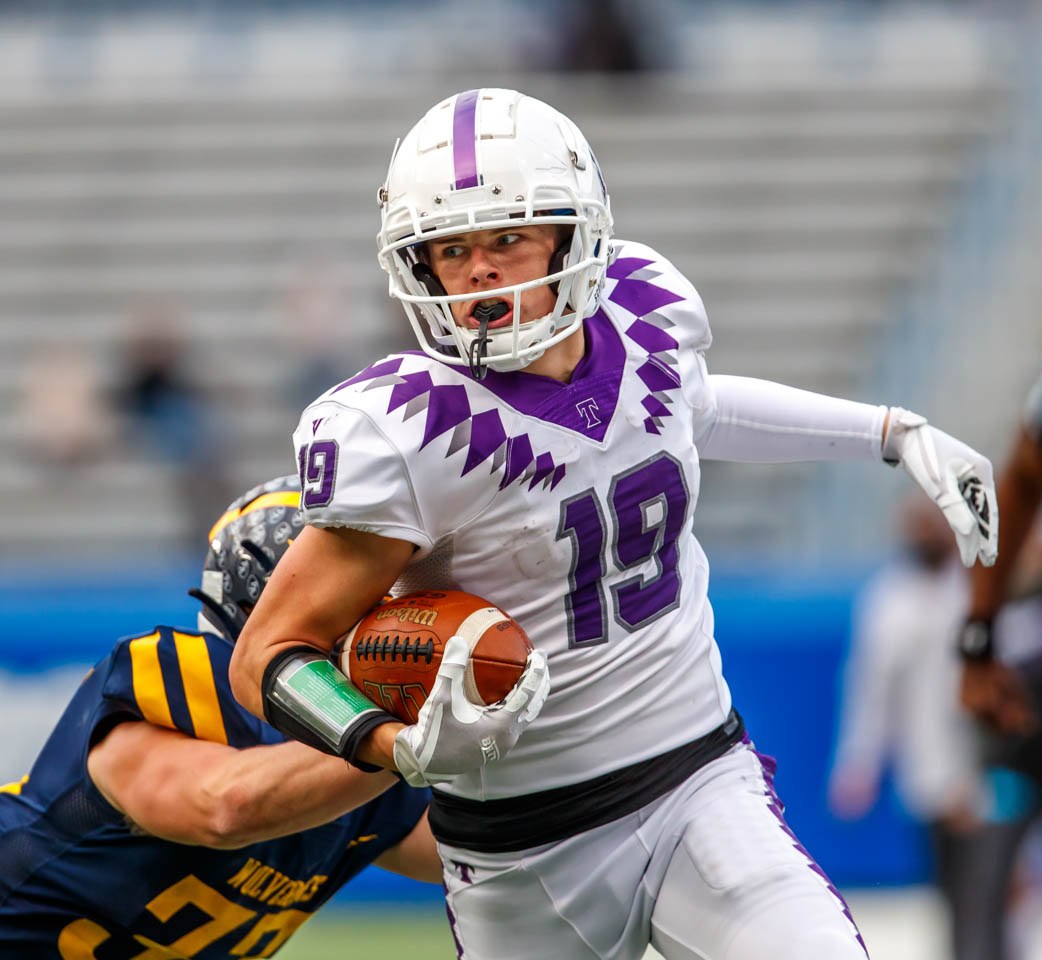 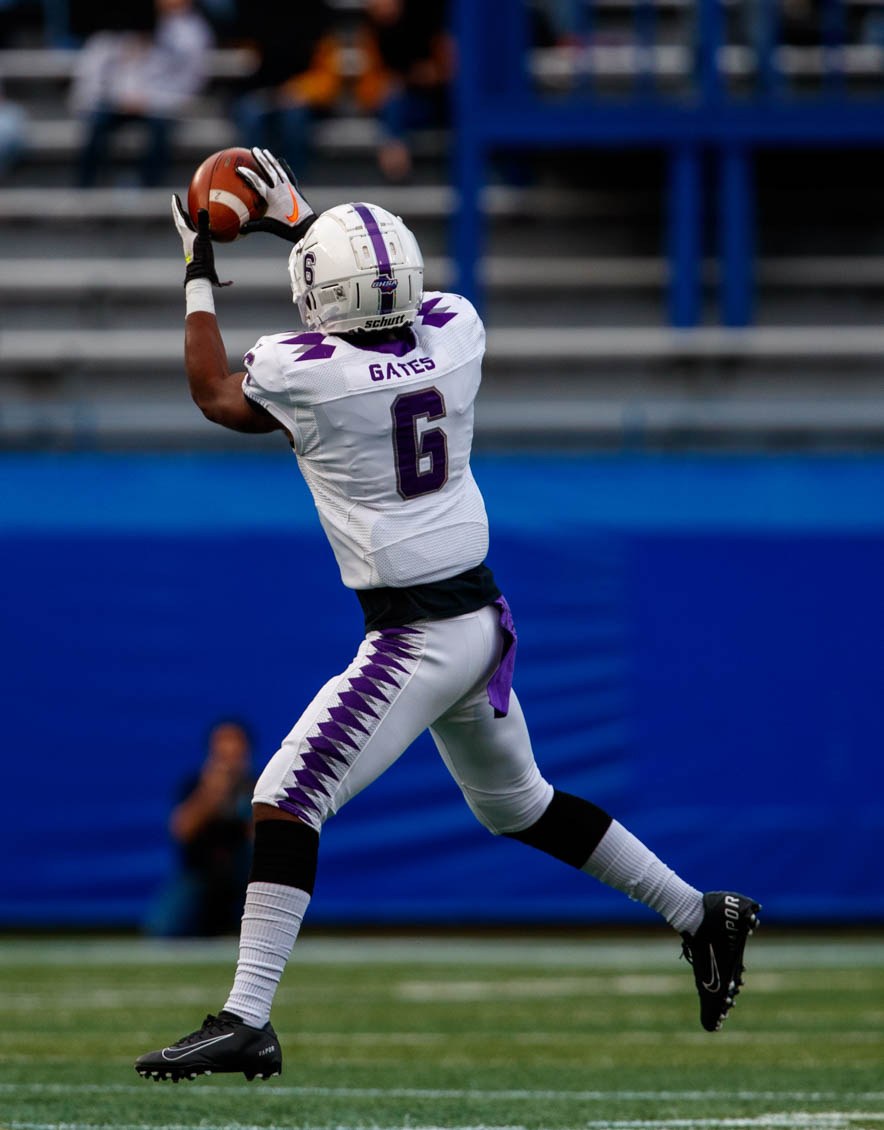 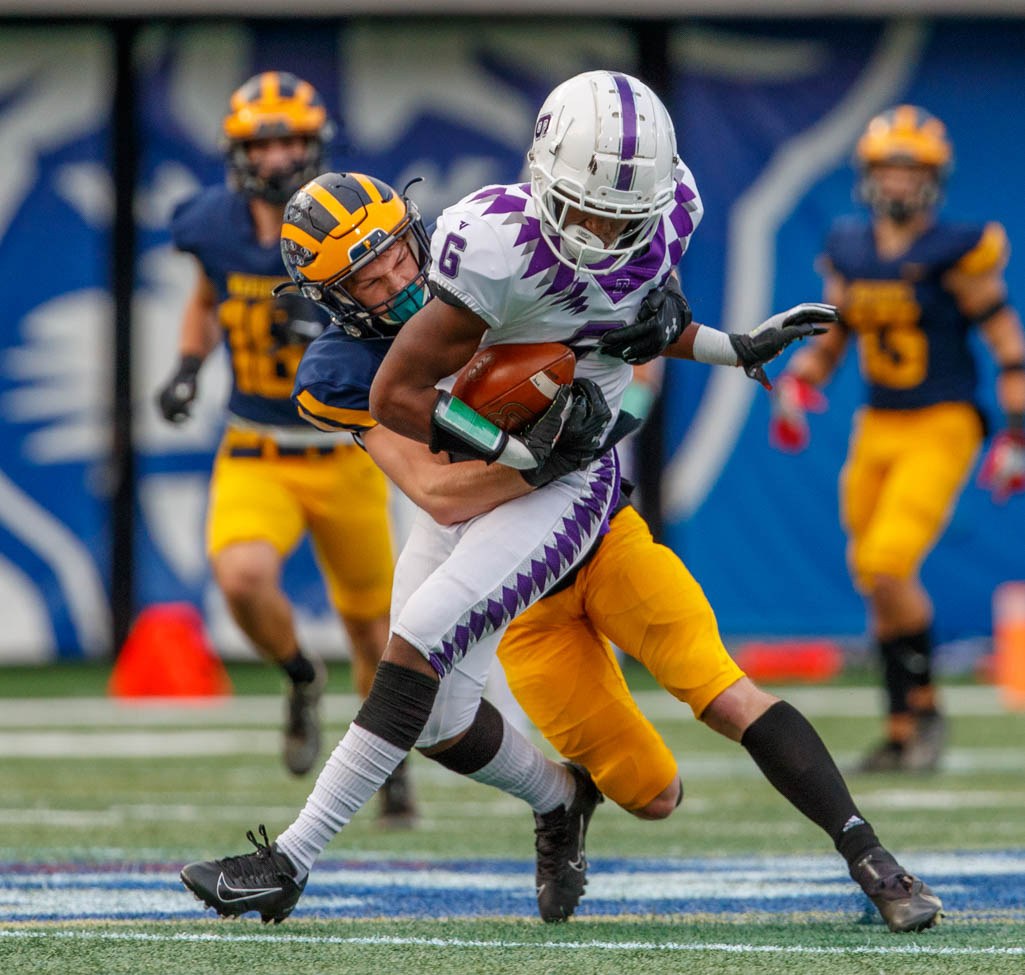 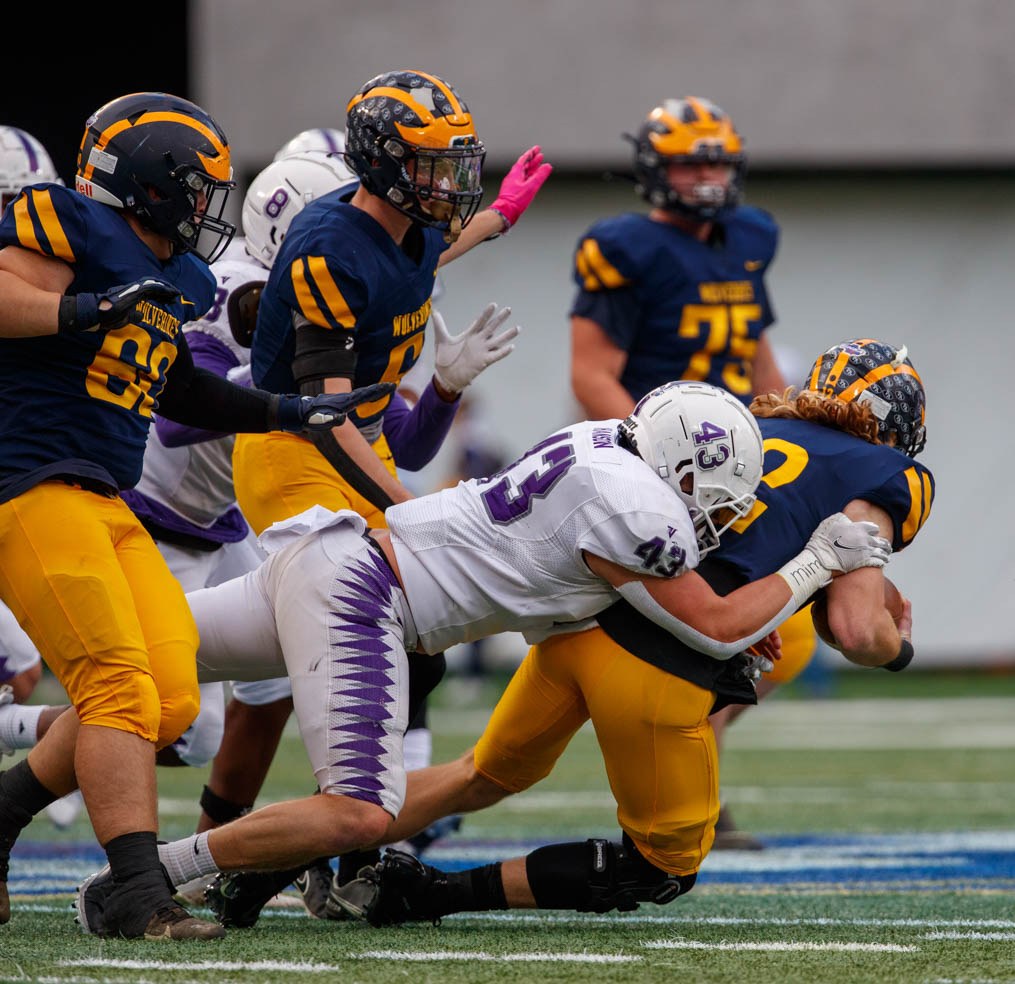 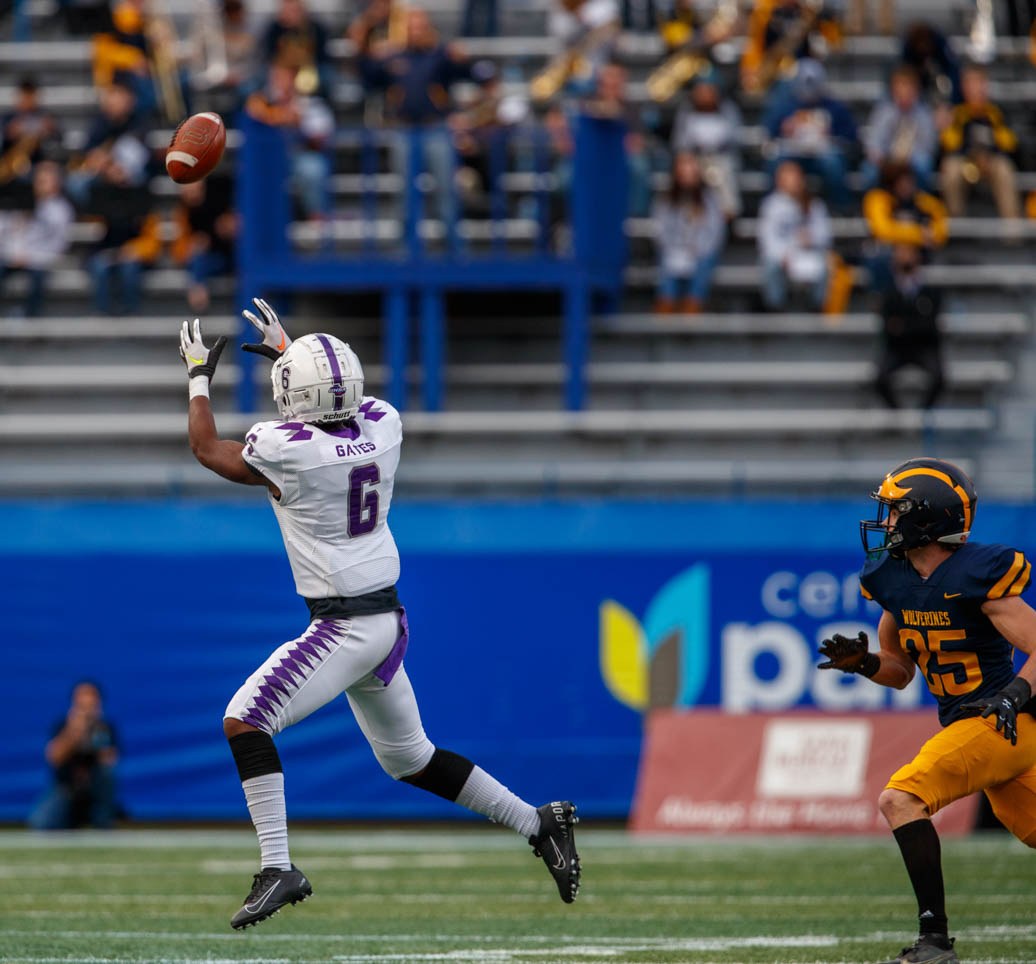 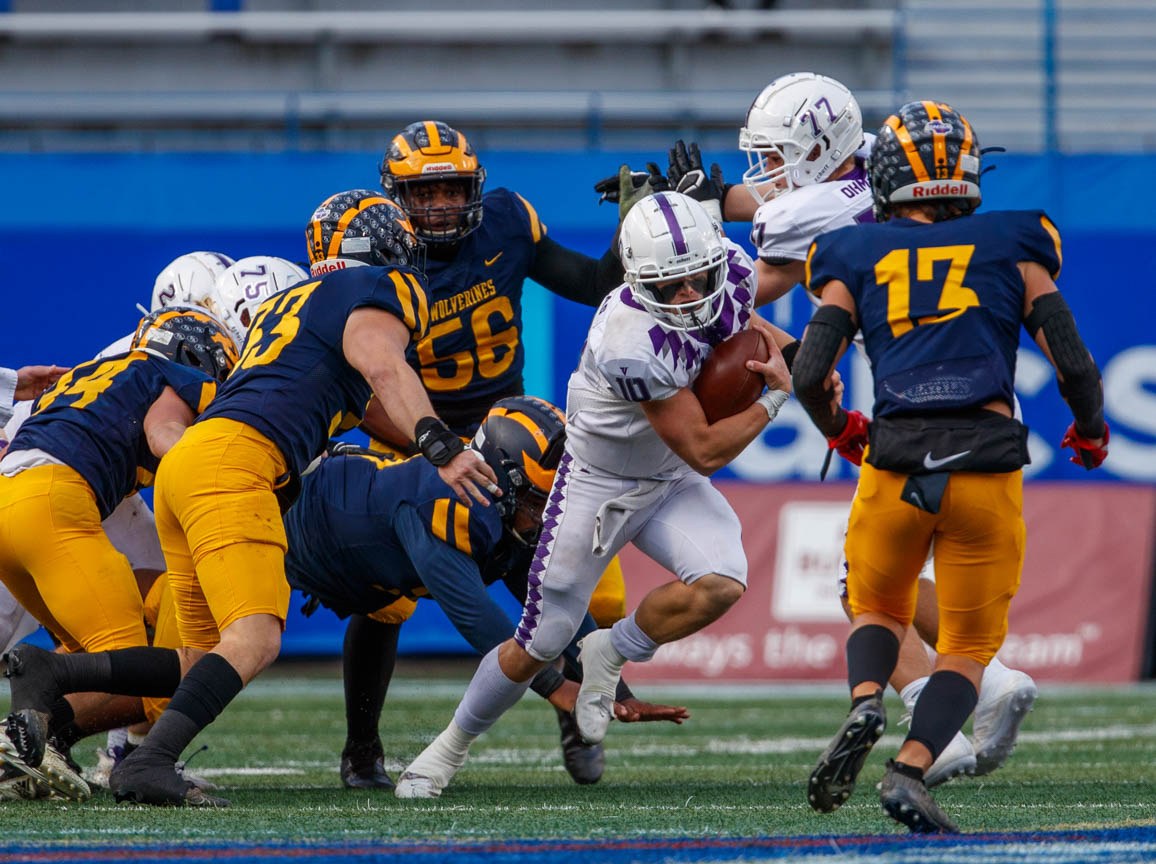 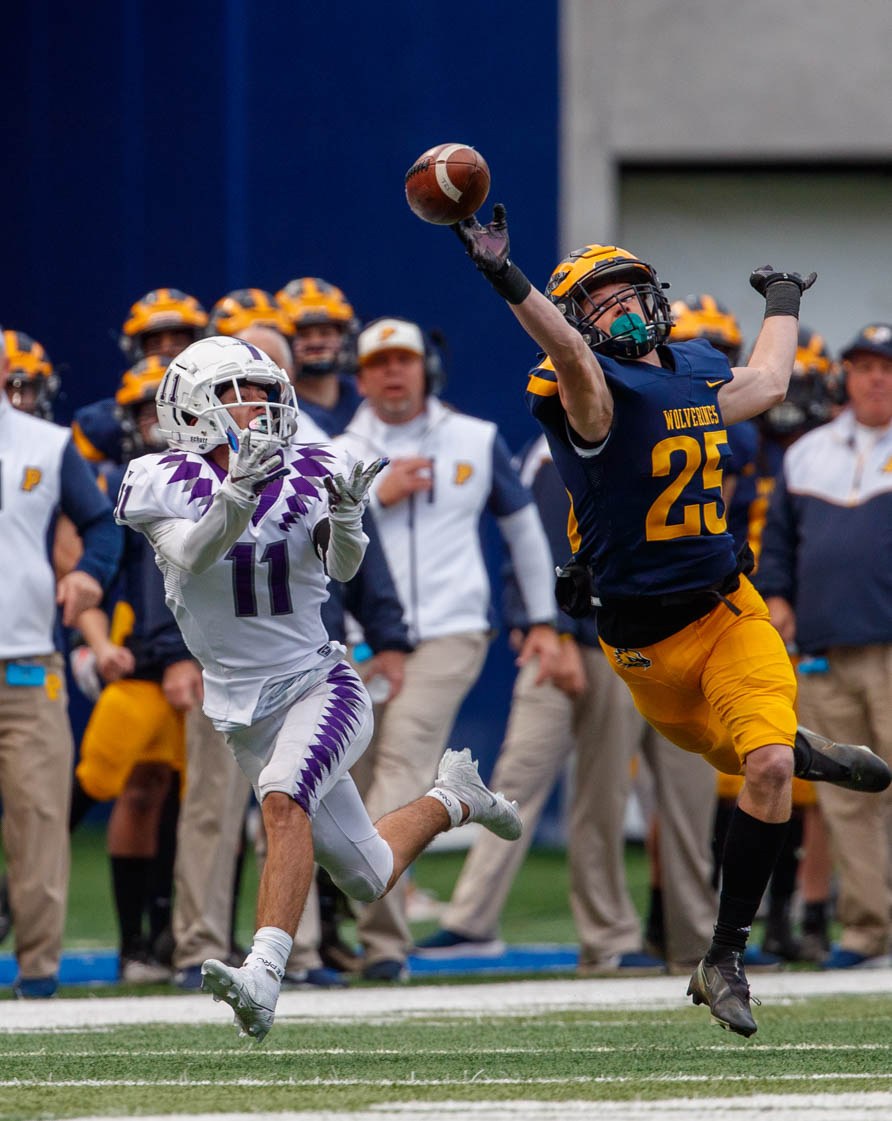 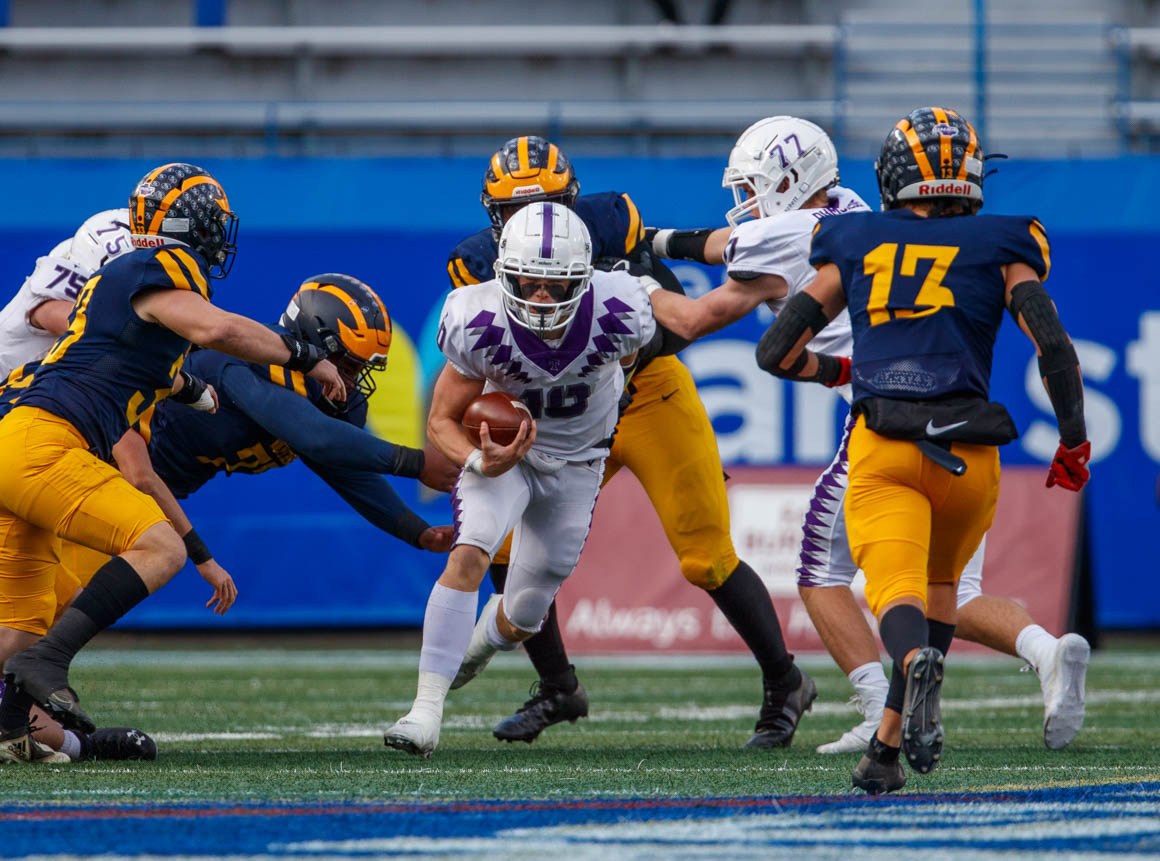 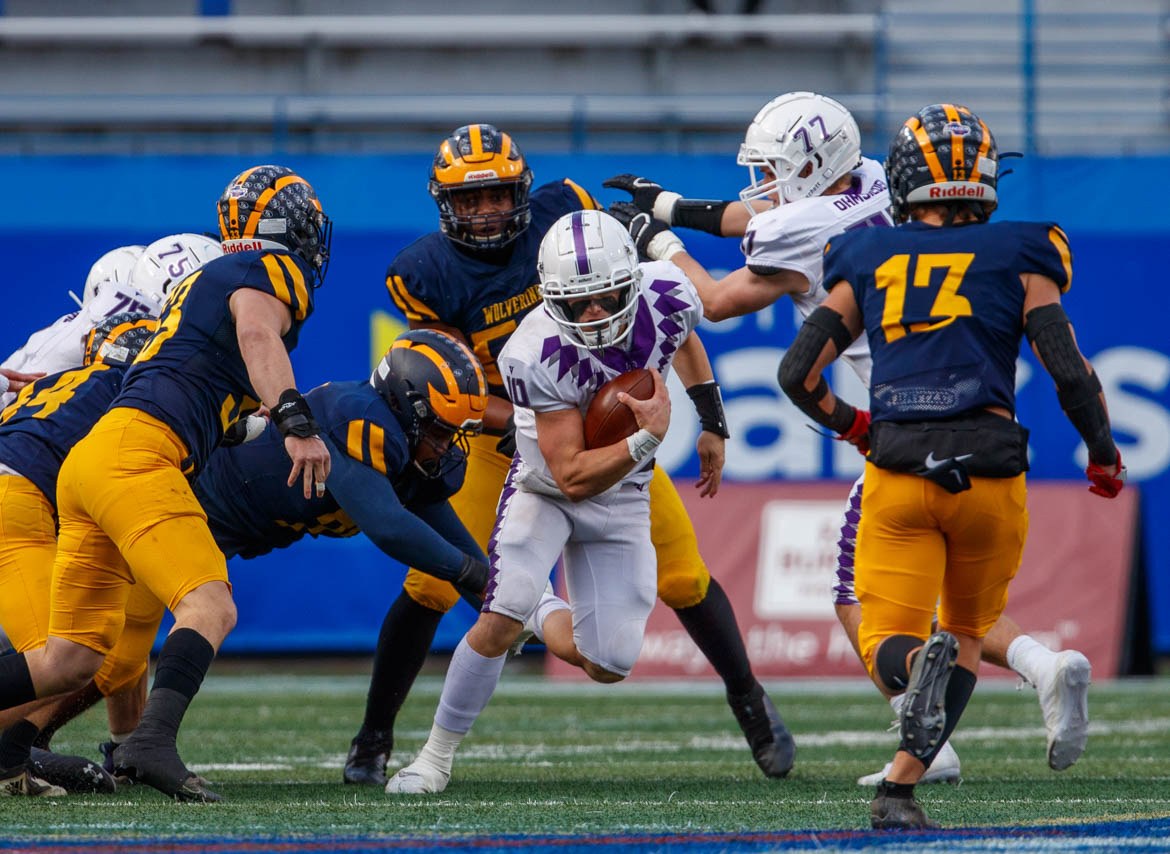 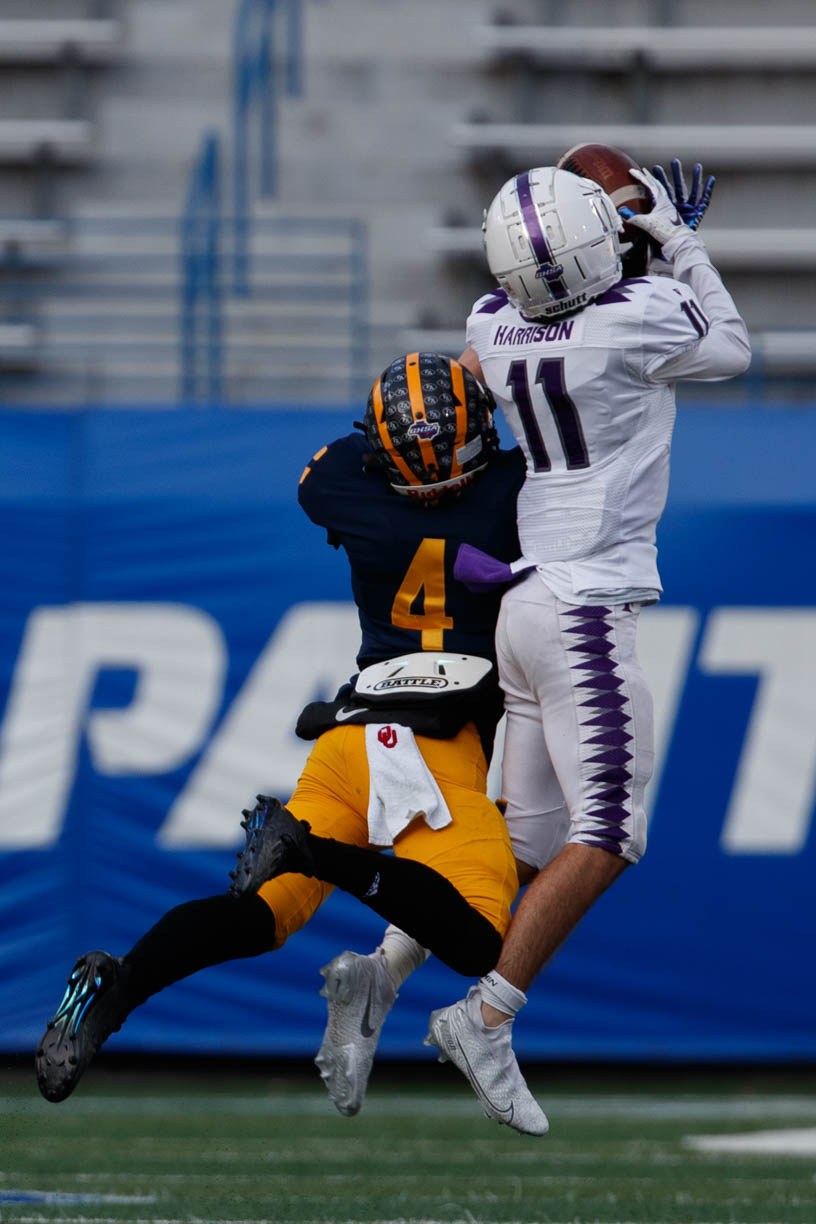 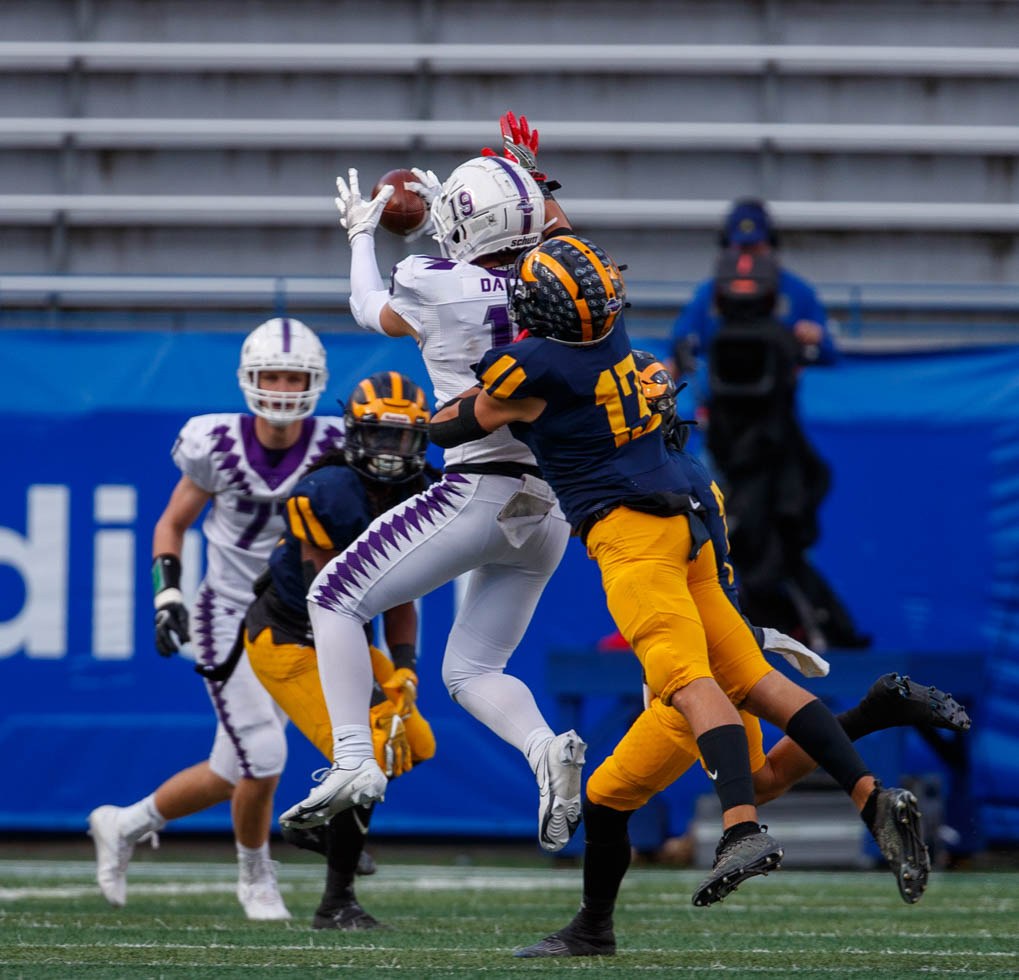 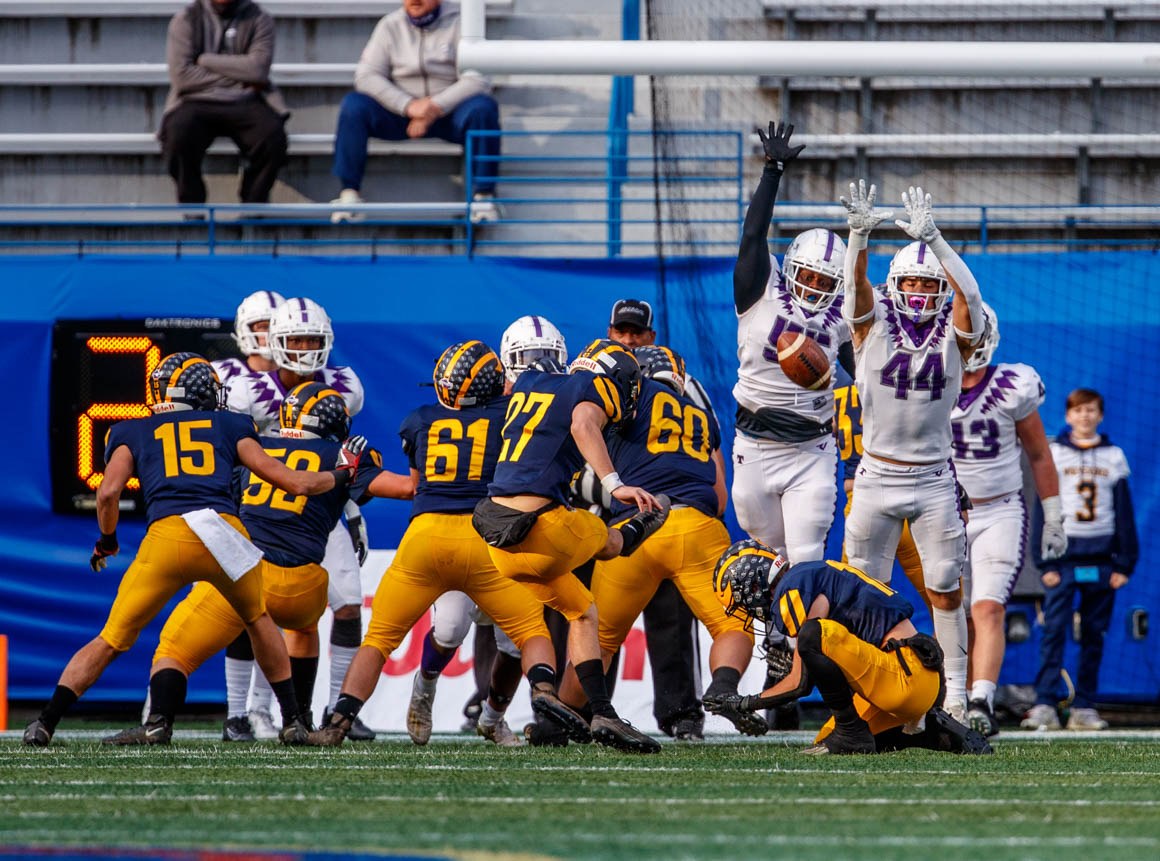 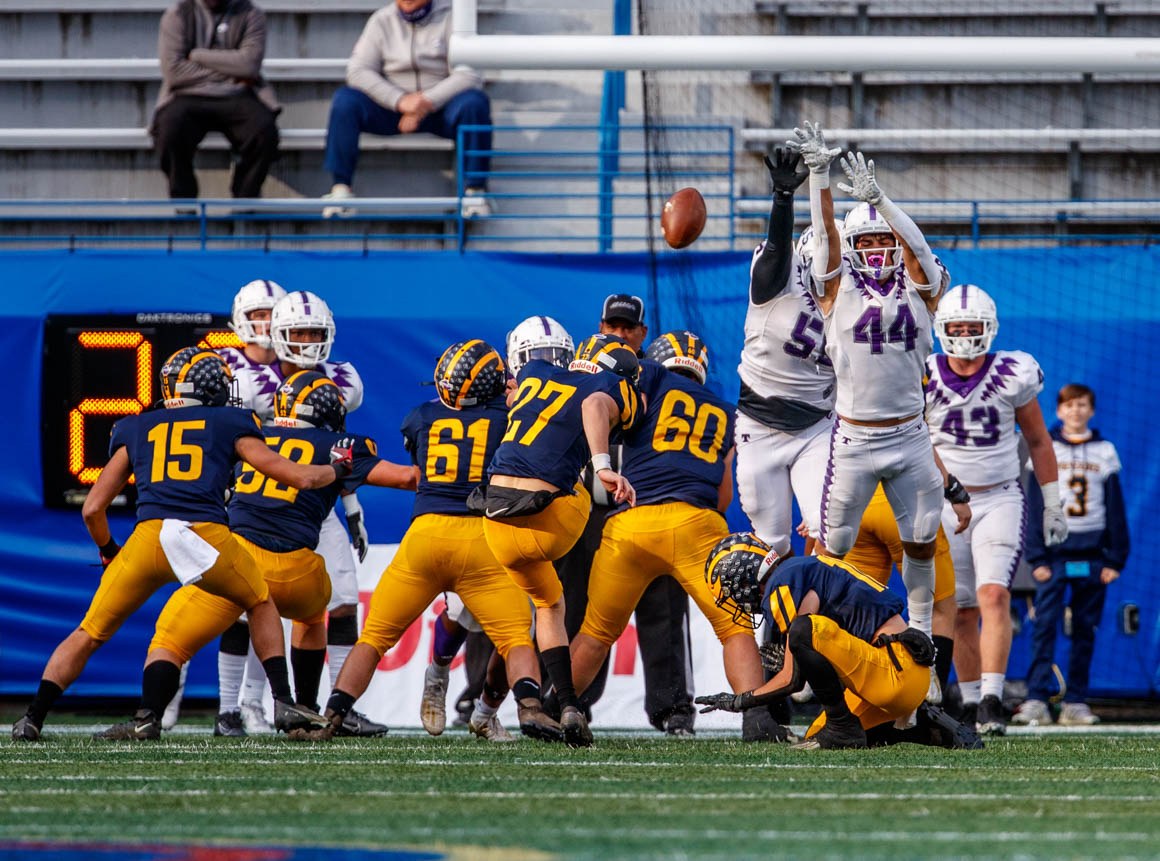