The Newnan Lady Cougars started off the big Newnan/East Coweta rivalry week by sweeping the Lady Indians on Thursday night at the Drake. Newnan won both games, 20-6 and 19-0.

The Lady Cougars are led by freshman quarterback Maddie Veal along with wings Kalyen Madrey and Jaisha Davison.

It was a big week for the Lady Cougars, as they split their matchup against the Westlake Lady Lions on Wednesday night.

“You never know when you play East Coweta,” she said. “There’s always so much emotion, but it went how we wanted it to go. We’re still working on some things, but we’re really proud of where we are as a team right now.”

With the 4-2 Cougars facing Douglas County on the road in two weeks, the team is currently in a position to make it to the playoffs as the number one team in the region. Douglas has yet to win a game, according to Brown.

“We have two weeks to prepare, and we would host the first round of playoffs if we beat Douglas,” Brown said.

For a full gallery of images from this game, click here 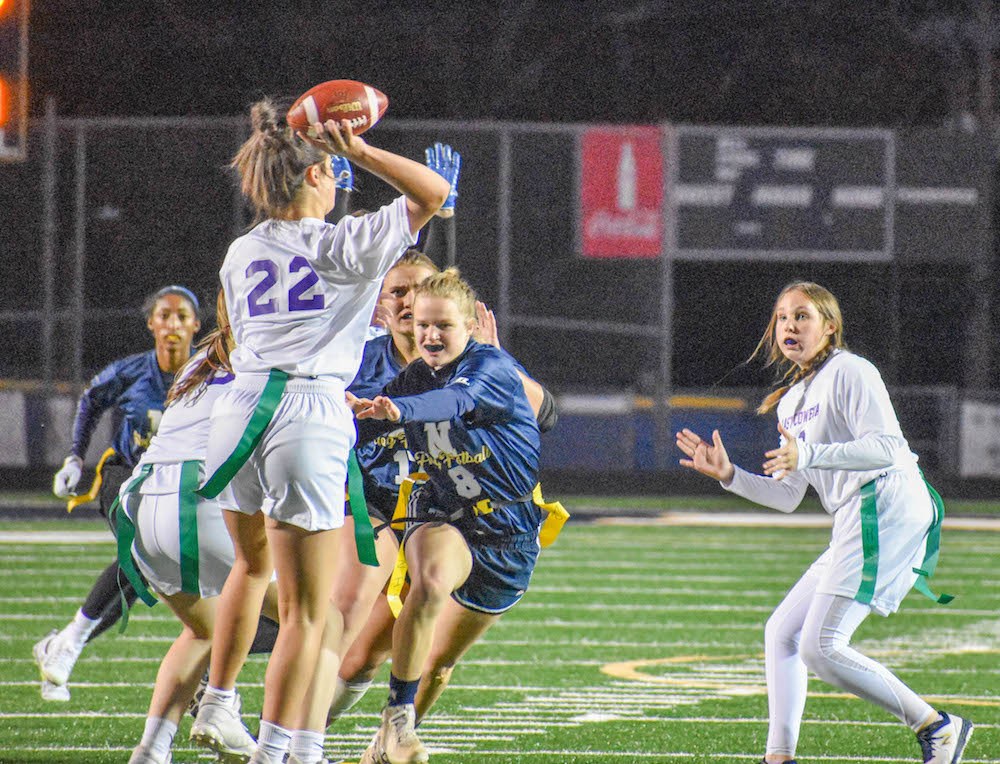 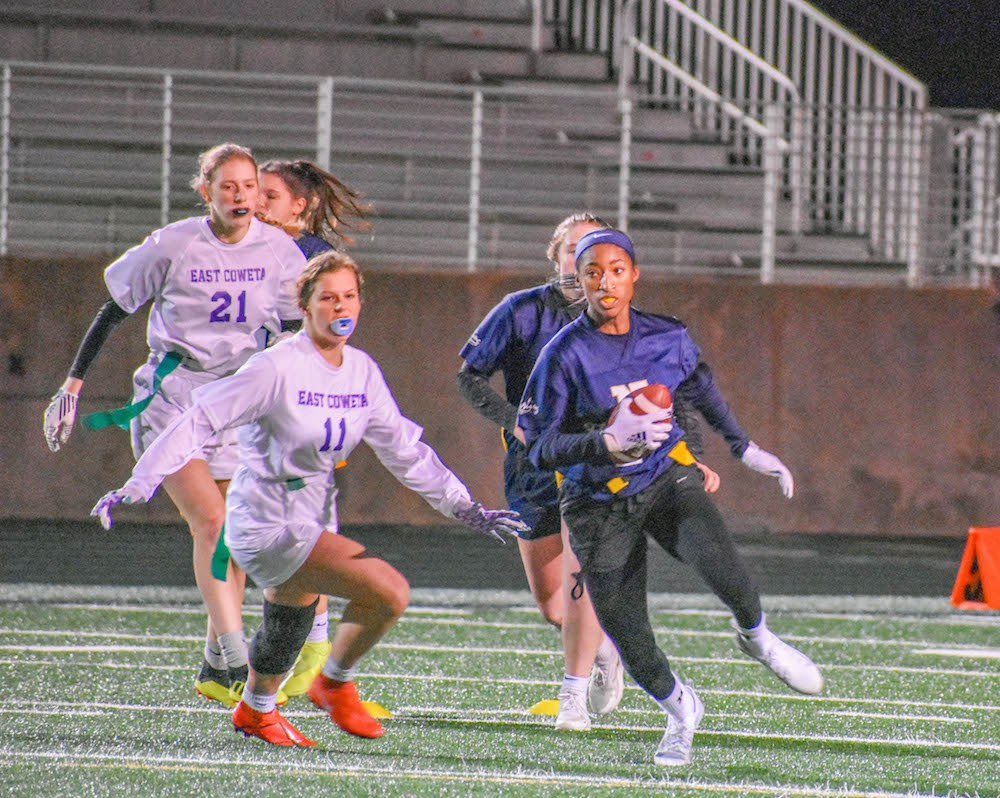 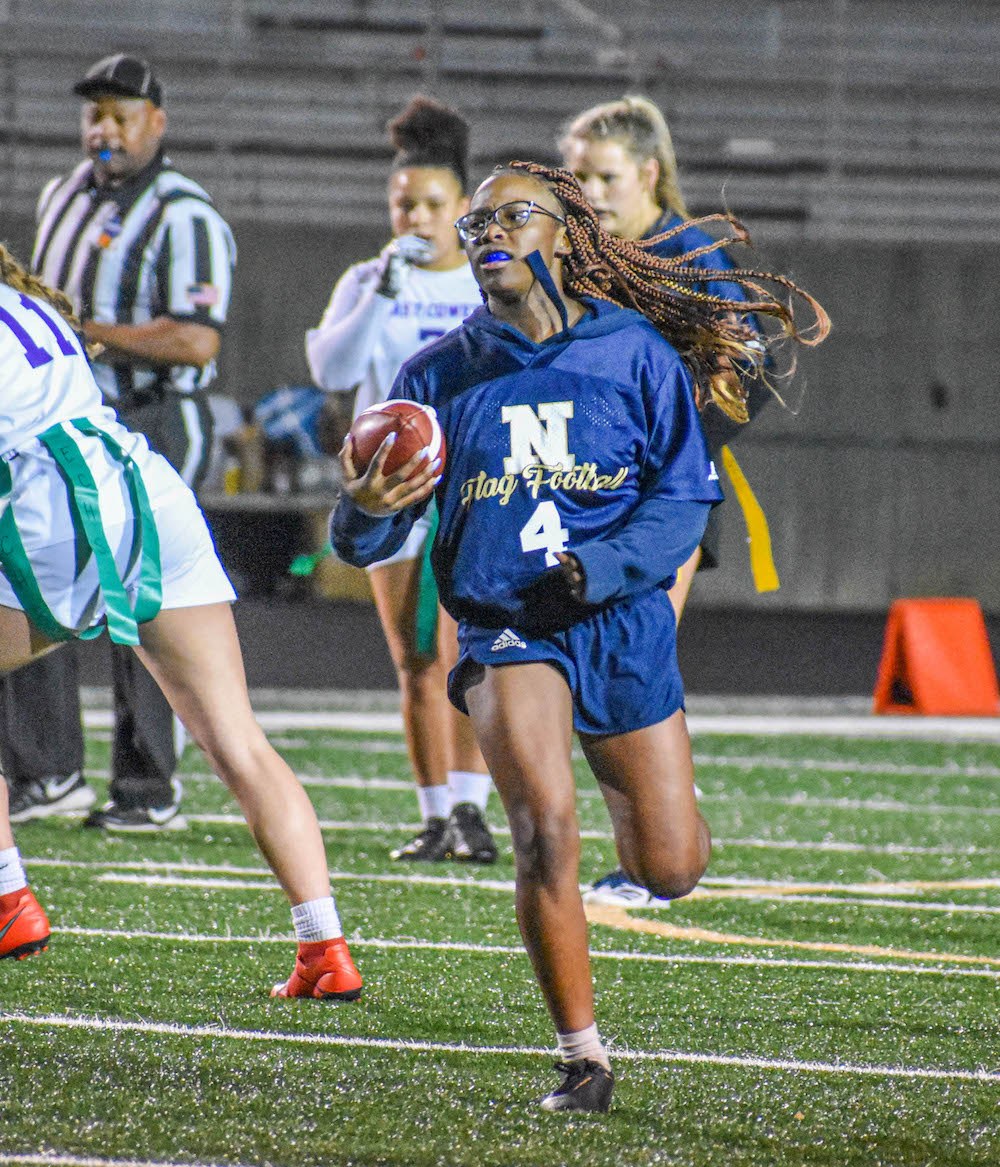 Jaisha Davison takes the sweep to the outside. 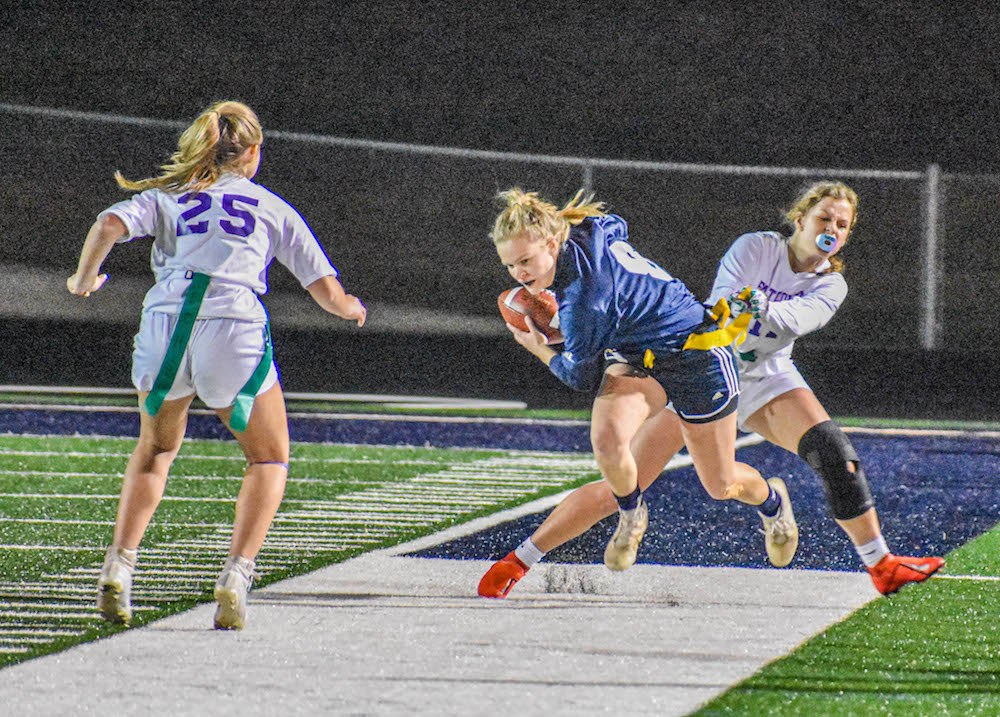