Heartbreak for the Newnan Cougars

In a game that appeared to be over after a Joshua Harris interception in the closing seconds, the unthinkable happened. The Newnan Cougars fumbled the football on their own 1-yard line, and in just a matter of moments, elation and joy turned to disbelief.

The Harrison Hoyas scored the game-winning touchdown with only seconds remaining, stealing a sure victory from Newnan and winning 26-24.

The Cougars had just completed a frantic finish led by senior quarterback Michael Maginnis. After the good fortune of a Hoyas pass-interference call on fourth down, Maginnis found Nick Owens on a 62-yard completion that moved the Cougars inside the 20-yard line.

Cougars running back Bryson Moss concluded the drive with a 6-yard touchdown run to regain the lead 24-20 and seemingly secure the victory. But fate had the last word in the cruel contest for the home team when the ball came loose and the Hoyas recovered the football with 15 seconds left.

From the start, it was a tough draw for Newnan. Harrison was the 2019 state champion in Class 6A before moving up to 7A this season. They brought some significant pieces of last year's team, which made the championship run.

Maginnis scored the game's first touchdown when he walked into the end zone from the 3-yard line nearly untouched. The Cougars took a 10-7 lead into the locker room at the half.

Moss scored his first touchdown of the night in the third quarter, this one on a 10-yard run, to give Newnan a 17-10 lead. That was the culmination of a methodical 80-yard scoring drive for the Cougars.

With seven minutes remaining in the game and now only down four, Hoyas quarterback Tripp Richardson found Marques Owens for a 40-yard touchdown, and suddenly the Cougars were behind 20-17. That set up the drama of the final Maginnis-led drive that seemed to send the Cougars to the second round.

It is almost unimaginable to comprehend, but back-to-back last-second losses concluded the Cougars’ season at 9-2. It also ended a special season and collection of players that leave indelible memories on Drake Stadium and the Newnan community as a whole.

In the loss, Newnan sophomore kicker Sam Willems had a solid game. He was perfect 3-for-3 on extra points and completed a successful field goal.

Maginnis, Moss, Harris and Steven Carter will put on college jerseys next fall, and we will follow their exploits from a distance. But new leaders emerge. Quanard Arnold, Johnathan Clark, Nick Owens, Tripp Slaton and Ashton Heflin were all significant contributors this year and give the 2021 Cougars a lot to build upon.

Losses like this leave deep scars that take time to heal. Community brings everyone together, and time moves forward. The 2020 team left a legacy that will continue to grow, and that will show more and more as the calendar turns. 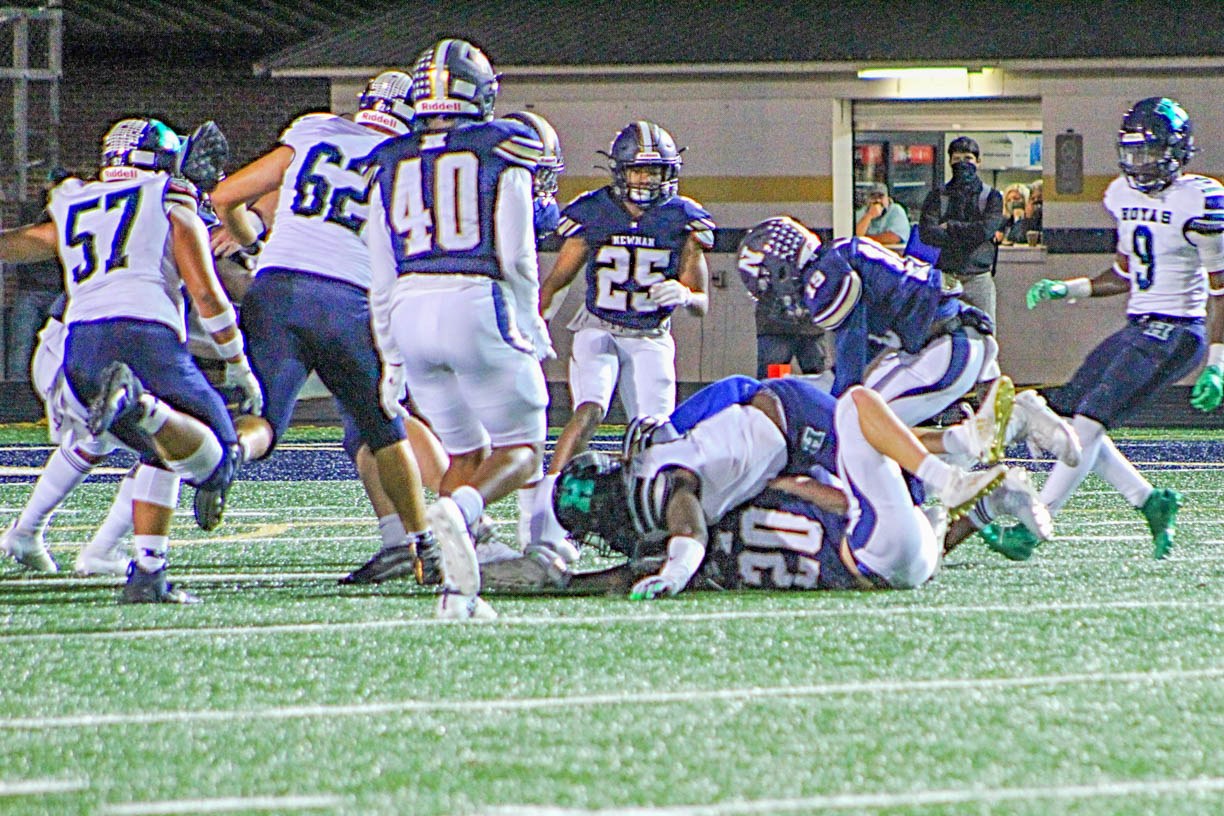 Tripp Slaton and a host of Cougar defenders converge on a tackle of the Harrison Hoya ball carrier. 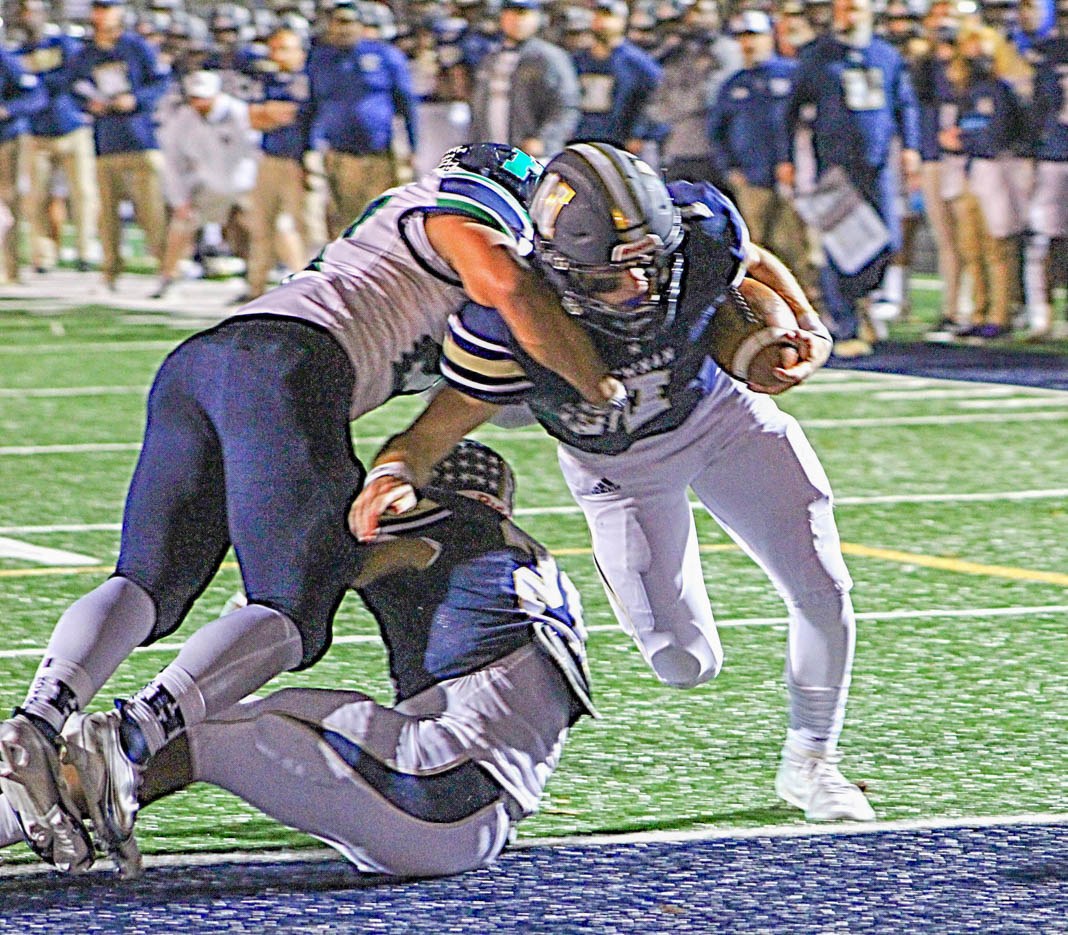 Quarterback Michael Maginnis scores the opening touchdown for the Cougars in their first-round playoff game. 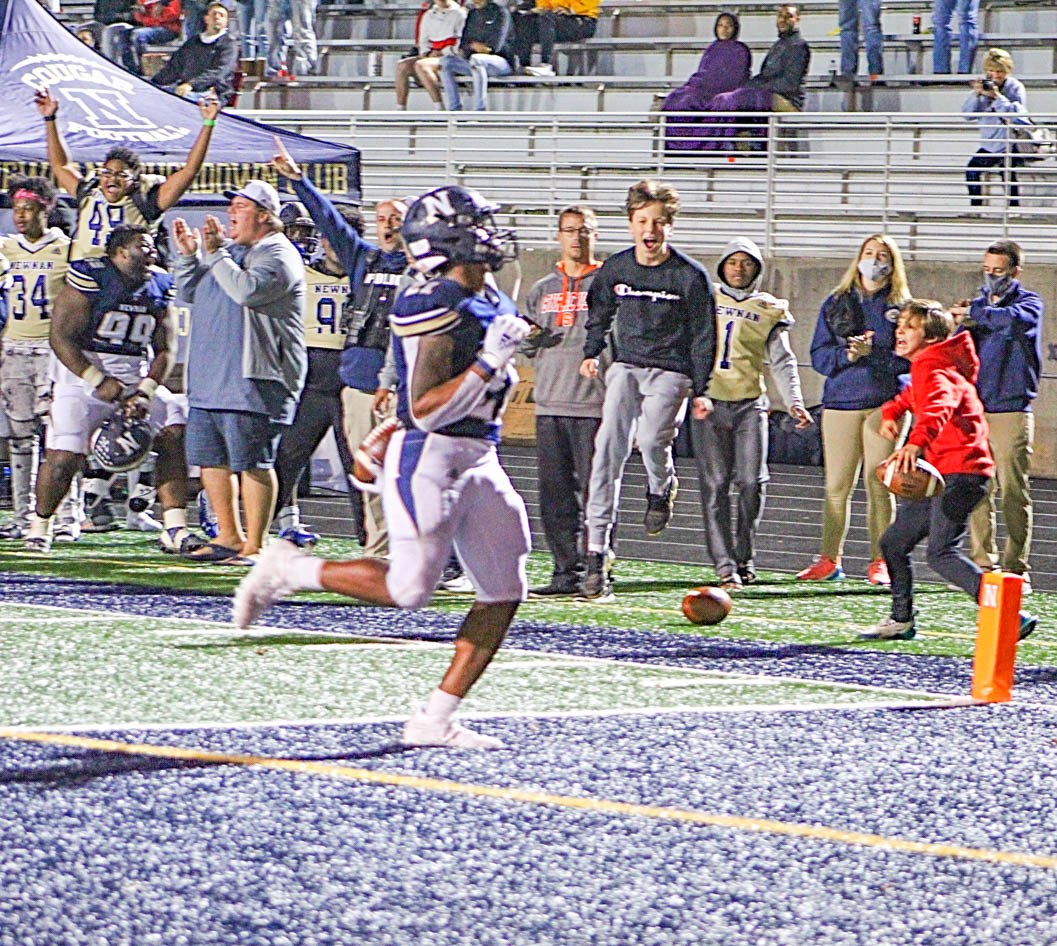 Senior Bryson Moss scored the go-ahead touchdown late in the fourth quarter to give the Cougars a 24-20 lead.