The East Coweta Indians put their dramatic win last week over Newnan behind them and focused on their first-round playoff foe, the Marietta Blue Devils.

It is the second time in three seasons the two schools played each other in the first round of the state playoffs. The Indians overcame an early mistake and got a dominant performance from their running game in a 37-28 win.

The win improved the Indians’ record to 10-1 for the season. The last time East Coweta had a double-digit win season was in 2007 when they finished 10-2. Additionally, it is only the sixth time in school history they accomplished the feat.

The Indians got off to an inauspicious start. The Blue Devils converted an East Coweta turnover into a 15-yard touchdown pass from Tyler Hughes to Daniel Martin. East Coweta answered quickly with a Trey Bowles touchdown, but still faced adversity when the extra point was missed, and the Indians were behind 7-6.

The Indians would take their first lead of the night at 9-7 three minutes later when Beau Beldon connected on a 35-yard field goal.

The Blue Devils, who are the defending Class 7A state champions showed they still had some of that swag when they reeled off two consecutive touchdowns, both on 34-yard passes from Hughes. One to Christian Mathis and the other to Zuri Johnson, which occurred with only 1:45 left until half time.

Facing the prospect of going to the locker room down by 12 and Marietta set to receive the second half kick-off, they dug down deep to find some of that resolve that Head Coach John Small has talked about all season. After a short kick off, Danny Shoch engineered the two-minute drill to perfection, and Jayden Bolton scored on a 20-yard run to cut the lead to 21-16.

Coach Small spoke of the halftime mood: “I told the kids, it feels like we're down 50 points the way that first half went, but we're only down five. So, let's just go back out, keep plugging, get a stop, get the ball back; we're going to wear them out eventually. It's the same story, man. Our kids just do not get rattled. They just have tons of character.”

The Indians’ defense got several stops, and the Indians took the lead on Trey Bowles’ second touchdown of the game, this one a 1-yard plunge. It was a huge night for the Indians’ dynamic running back combination of Bowles and Bolton.

Coach Small said of the two running backs, “They cover each other really well. One got banged up, and then he came back. He looked slightly bruised, and the other one just picks up the slack and then they kind of spell each other, but they'll give all the credit to the offensive lines.”

The Devils had one more surge, and when they scored with six minutes left in the game on Hughes’ fourth touchdown pass, the Indians had an uneasy 30-28 lead. All that changed in a flash.

Christian Cook fielded the ensuing kickoff at the 7 yard line and went 91 yards before being stopped just short of the endzone. They would score a play later, Bolton’s third touchdown of the game, for the final 37-28 margin.

Bowles led the Indians’ offense with 176 yards rushing on 19 carries, and Bolton added 94 yards on 24 carries. Shoch had an extremely efficient game, completing 12 of 14 yards for 120 yards.

The Indians’ defensive backfield of Willie Rice, Jordan Crosby, Gabe Gray, Pierre Robinson and Makai Sullivan had a big night against the athletic Blue Devils’ receivers. Coach Small concluded, “I'm real proud of our kids and our coaches for just staying the course. Same story: They don't get too high, they don't get too low, they just play.” 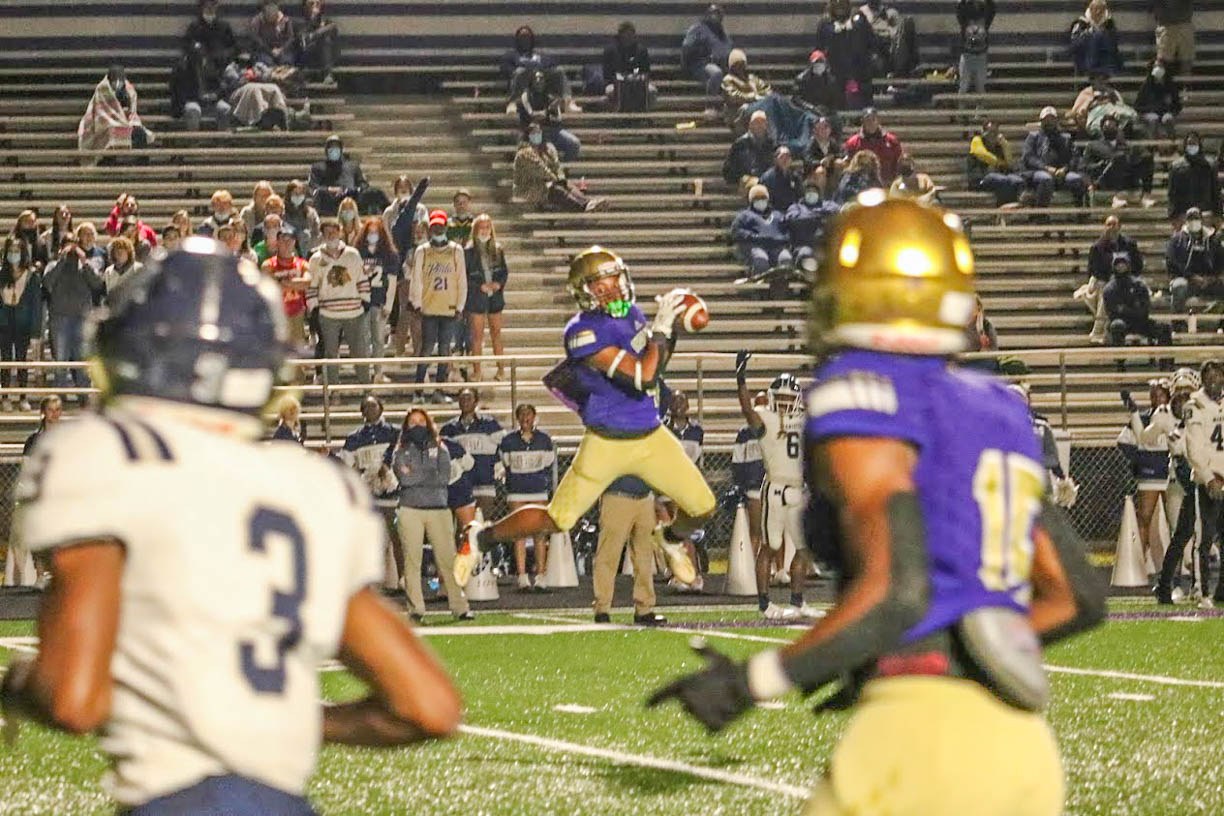 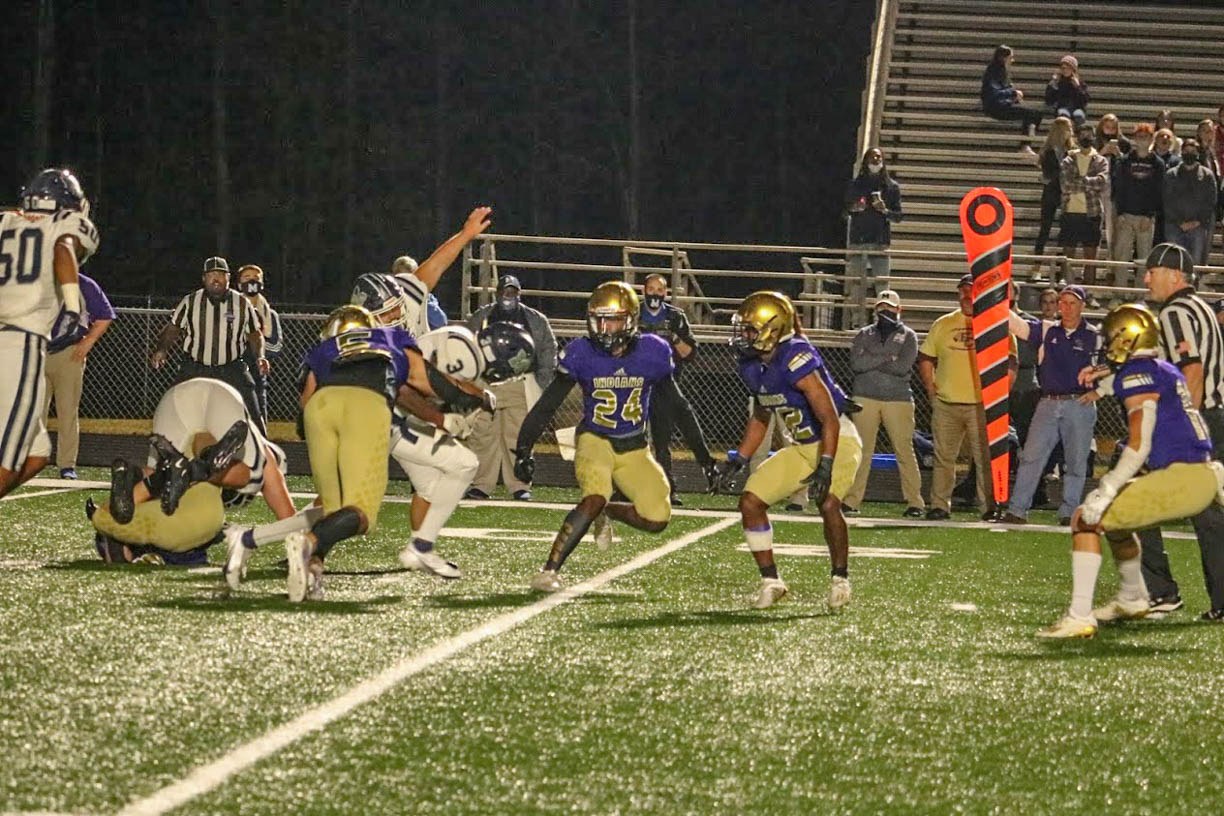 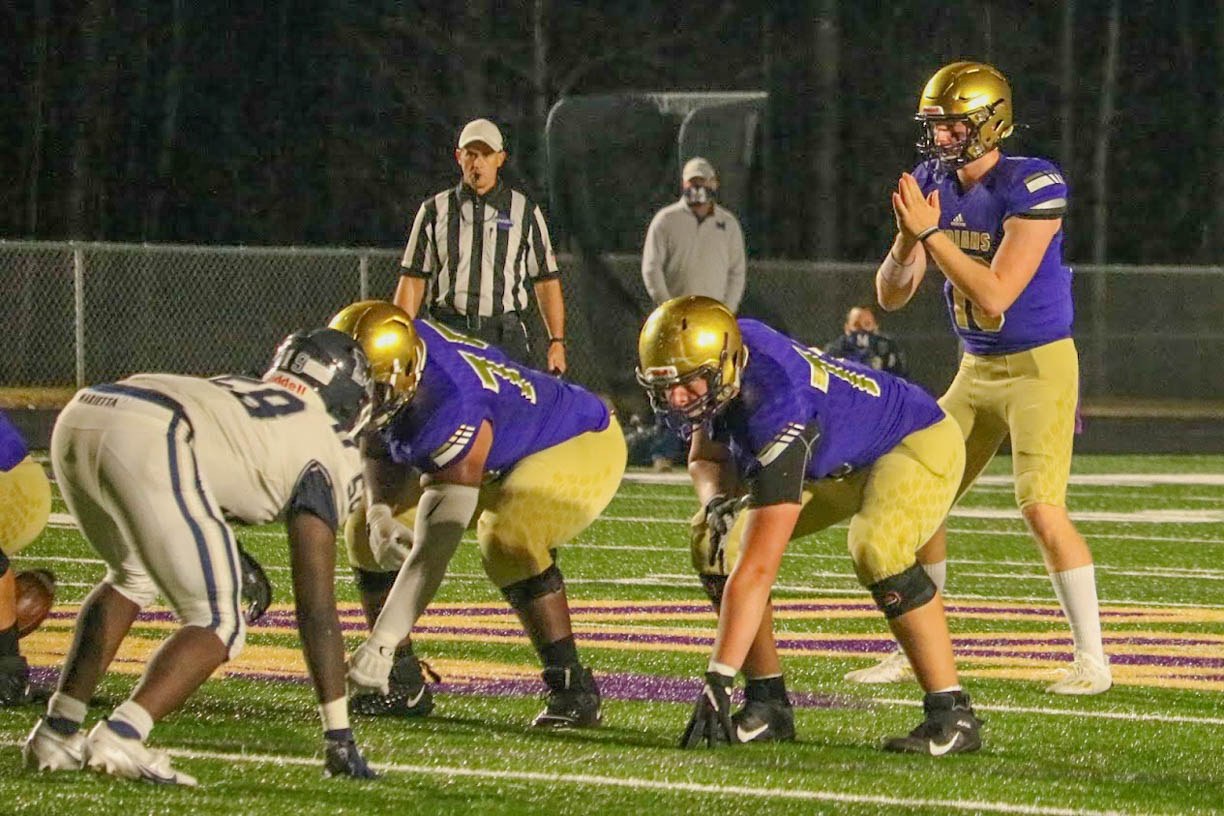 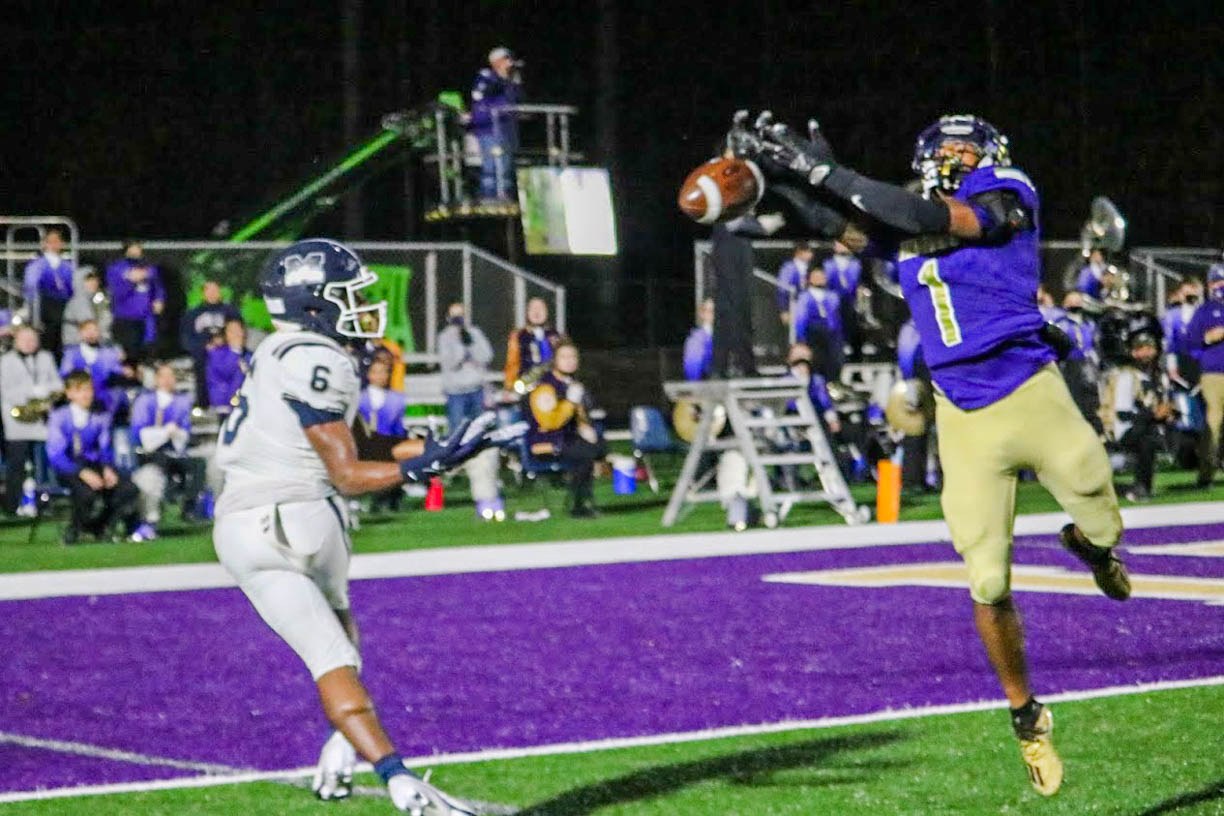 Defensive lineman Dylan Spelios spent a lot of time in the Blue Devil backfield, he had a sack and two quarterback hurries. 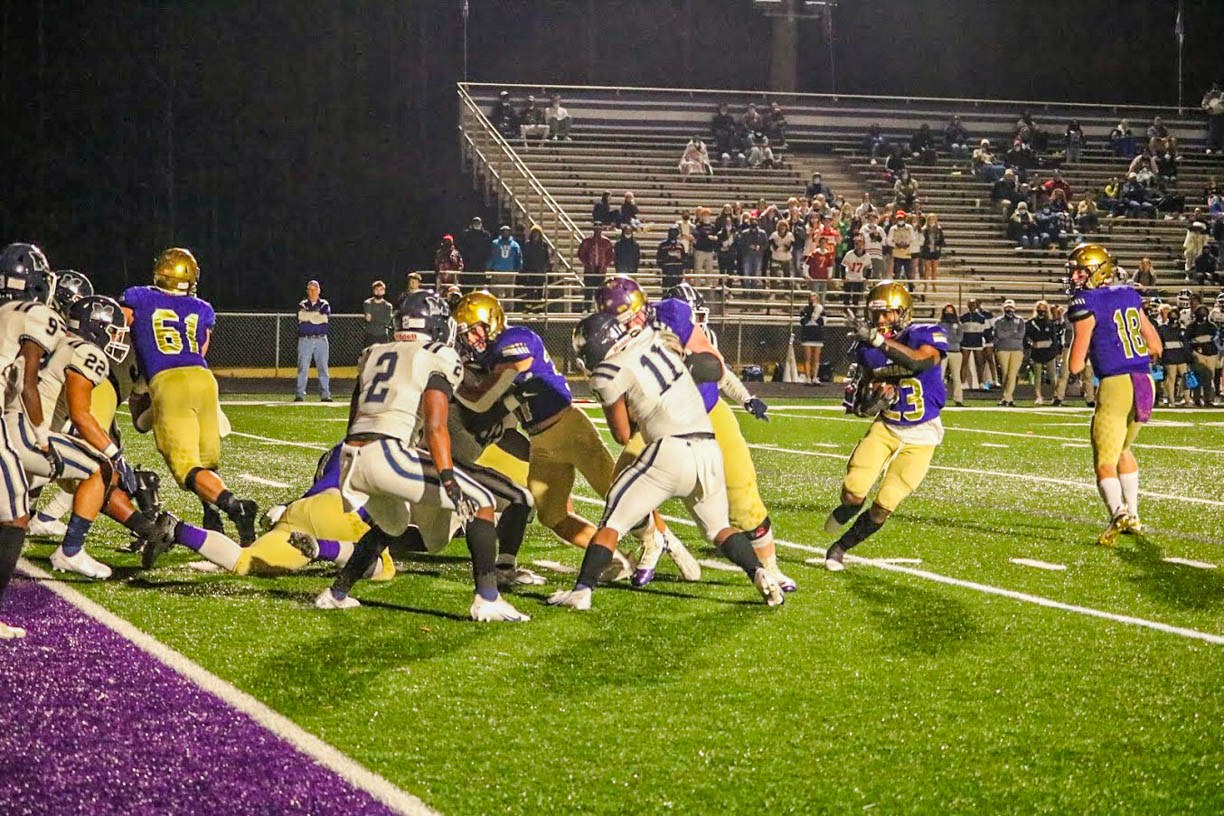