Inspiring Amputee to race in Run for Angels

A round of a-paws: All 10 dogs in danger of euthanasia adopted or rescued

Pet of the Week: Petey

The body of a missing Corinth woman has been positively identified as Natalie Jones, according to Heard County Sheriff Ross Henry.

However, misinformation about Tuesday’s discovery of the vehicle and remains of Jones has spread on social media and news sources.

Petition started in missing person case
Those hoping for a break in the Natalie Jones missing person case have now started a petition to ask a grand jury to further investigate whether Jones’ ex-boyfriend, Jonathan Lawrence, had something to do with her disappearance.
Missing woman’s ex charged with putting ‘hit’ on officer
An inmate at the Troup County jail and the former boyfriend of a missing Corinth woman is charged with the criminal attempted murder of a Troup County sheriff’s deputy.

Jones’ hot pink 2002 Chevy Cavalier was found far off the road in a wooded area of the Roosterville community in northern Heard County.

All evidence points to the car being in that location for several months – likely since Jones disappeared the night of July 4, according to Henry.

Jones’ remains found in the driver’s seat of the car were consistent with having been there since July as well, according to Henry.

An autopsy was scheduled for Thursday, according to Nelly Miles with the Georgia Bureau of Investigation. The GBI has been assisting with the missing person’s case.

Henry said he hopes for a quick turnaround on the autopsy, especially on a positive identification of the remains, though getting results from the GBI crime lab can often take some time.

The removal of the car was live streamed on YouTube by Adventures with Purpose, a scuba diving and recovery group that works on missing person’s cases. The team was on its second day of looking for Jones. 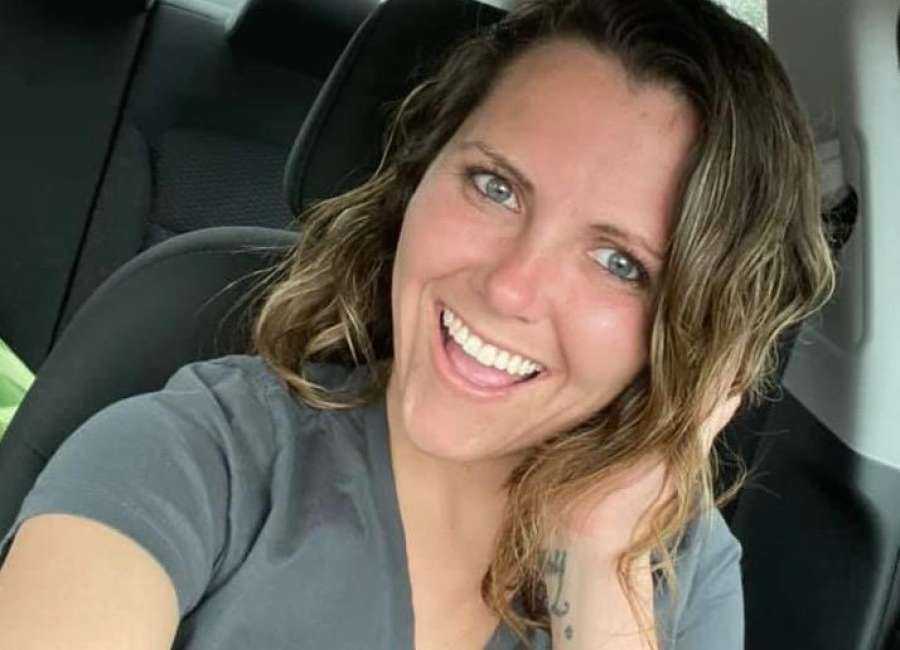 The 27-year-old Corinth mother of two never made it home from the July 4 party at a home on Lake Martin in Alabama. The team heard of the discovery of the vehicle from a police scanner.

In the video, one of the streamers stated he was told the vehicle wasn’t there yesterday – a claim that has been repeated on social media and even by major news sources.


Henry expressed frustration with the misinformation being spread on social media.

“Everything that has been said – 90 percent is just stuff they have fabricated,” he said Wednesday. “The car has been there, probably from the day she went missing.”

The growth around the car was 7 or 8 feet tall, Henry said. “Whoever fabricated that the car was not there – they caused a lot of trouble,” Henry said.

“There were bushes grown up through the tires, through the bumper. The car has clearly been there for a long period of time,” he said.

The YouTubers speculated someone might have “dumped” the car because Adventures with Purpose were in town.

“Who in the world would try to move a car that they have had hidden for three months?” Henry asked. “If they had moved it, they would have had to have a helicopter to set it in there, and to put bushes around it. Clearly that was just not the case.”

Henry said that the area is being treated as a crime scene. However, “we don’t see anything, as of yet, to suspect foul play.” 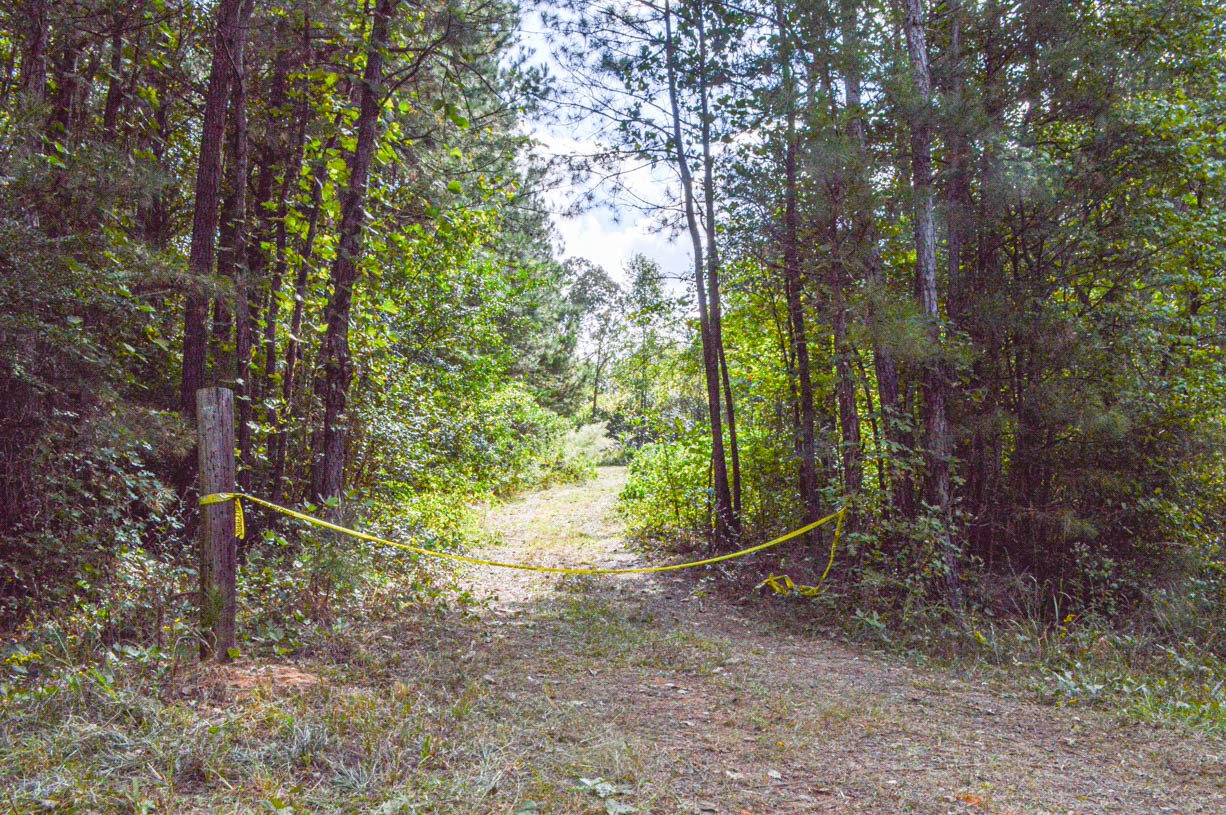 Crime scene tape was still up Wednesday across the wooded path off Roosterville Road. (Photo by Sarah Fay Campbell)

Hopes are that the autopsy will provide more details of what happened.

The car showed no evidence of major damage from a crash, so it didn’t end up in the woods accidentally.

“There was no wreck. The car was clearly driven to that location,” Henry said.

There is an old wooded path that leads to a small field. The area likely wasn’t as grown up in July as it is now, after a hot, wet summer, Henry said. There was heavy, dense cover, including kudzu, around the car, and the car couldn’t have been seen from the road.

It was discovered when the landowner was doing some brush clearing and bush hogging.

Though there have been extensive searches for Jones since her disappearance, most of the intense search had been focused on the southern and western sides of the county – not the north end, where the vehicle was found.

Investigators and family and friends have ridden the roads looking for signs, but the car was never visible from the road, Henry said.

“If the landowner hadn’t been doing some clearing and some bush hogging and brush cutting, it would still be there,” Henry said.

On Wednesday, Jones’ car was at the Heard County Law Enforcement Center where it was being examined. 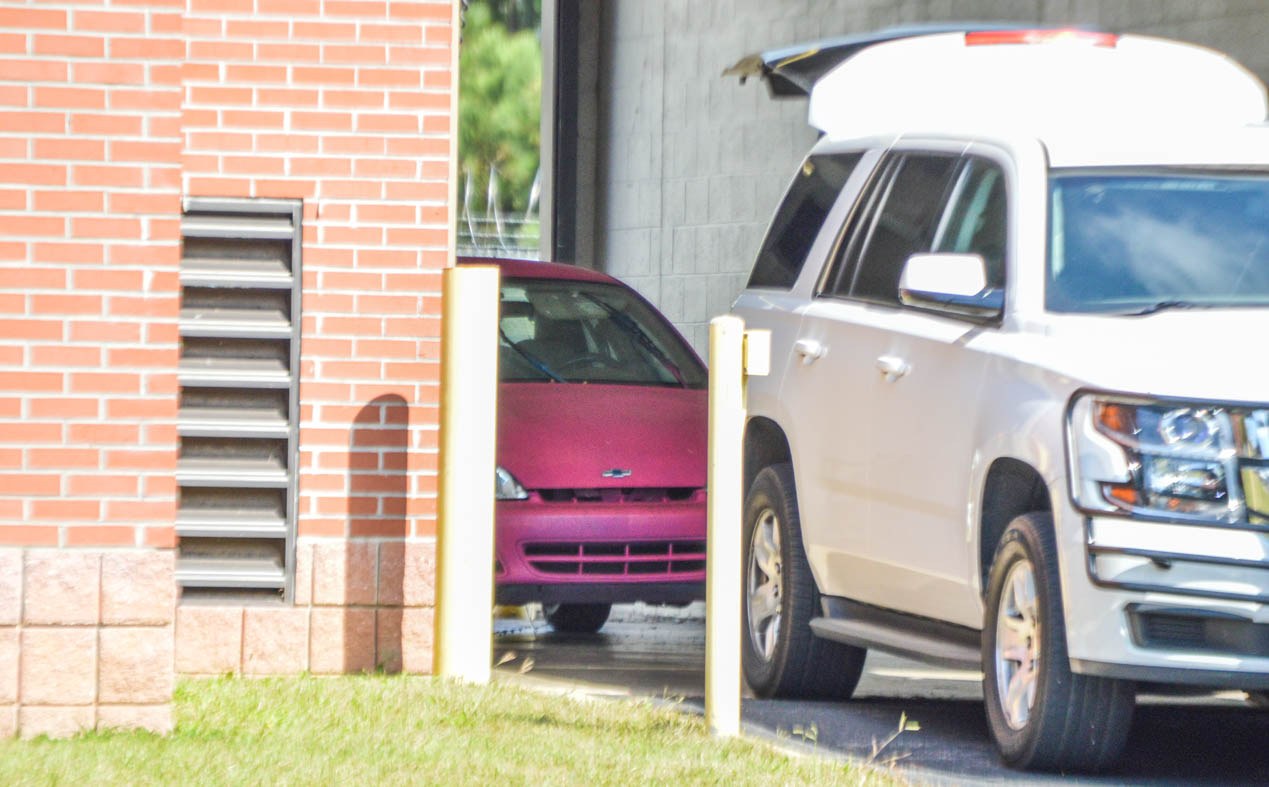 Jones' Chevy Cavalier was at the Heard County Law Enforcement Center Wednesday. The vehicle had no obvious signs of front-end damage. (Photo by Sarah Fay Campbell)

Jones was known to have been using her phone the night she disappeared, and investigators had tried to get records of her conversations with unknown subjects on social media. When asked if Jones’ phone was recovered, Henry responded: “we have recovered several things.”

Henry was asked if there was anything else he wanted the public to know.