Synchronic: Time from a new perspective

Photo of the Week: Cossack Show 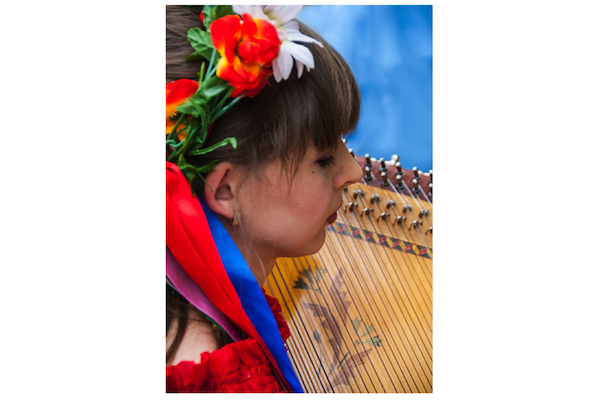 By GORDON KILGORE, Special to the NTH

These pictures were taken May 23, 2006 on the Island Khotritsa in the Kneper River near Zaporazhie, Ukraine.

The setting is a reconstructed stronghold of the Zaporizhian Cossacks, and the occasion is a Cossack show performed for passengers on the riverboat MS Marshall Koshevoi. The river trip was from Kiev to the Black Sea and the boat was operated by SmarTours.

First, do you know the history of the Cossacks? In the 15th century, Cossacks were a semi-independent Tatar people of Ukraine and Russia. These people gained a reputation as excellent horsemen and good fighters.

They settled a frontier area along the Don, Kneper, and Volga Rivers and supported themselves by brigandry (robbery and plunder), hunting, fishing, and cattle raising. Later, they formed military formations for their own defense and as mercenaries. Some of these renowned horsemen were later absorbed as special units in the Russian army.

With these two pictures side by side, I was struck by how different I felt when viewing each picture. The first picture is of a man riding a horse at full gallop. He is holding on with his right foot through a rope attached to the saddle. His hat is being held by his left hand and his right hand is in the air.

After the horse show in another area of the venue, a woman was playing a traditional Ukrainian bandura. This string folk instrument produced a soft, soothing, peaceful sound – such a change from the high-energy Cossack show.

I will leave you with a quote from the Russian writer, Pushkin who wrote about the Cossacks: “Eternally on horseback, eternally ready to fight, eternally on guard.”