A swing and a miss

Second-round action in the Five Star Chrysler Dodge Jeep of Warner Robins ‘Gumbo Series’ at Senoia Raceway welcomed a pair of new victors which also helped them move up the series rankings with only one round remaining.

Locust Grove’s Morgan Alexander finally broke through to win his first career race at the ‘South’s Baddest Bull Ring’ while Mansfield’s Tim Harmon won for the first time this season. Both drivers are now positioned to possibly win the series titles when the ‘Gumbo Series’ culminates in late August.

“We started this series to provide drivers with an opportunity to win a series within a series,” explained promoter Mayes Massey. “Thanks to Mike and Linda Heard at Five Star of Warner Robins, drivers can plan on a series of events that does not mandate they be here every week of the season to win a title. It’s really cool and the fans seem to enjoy the extra competition on these event nights.”

Morgan Alexander has been fast most of the abbreviated season at Senoia Raceway, but the youngster had not broken the seal on victory lane. He had qualified the fastest a couple of times and finished in the runner-up spot twice while also nabbing an additional top five finish in May.

Saturday night, Alexander again qualified faster than the field of twenty-three Late Model Sportsman cars with an average speed of 90 miles per hour. Alexander started on the pole and was quickly pursued by Wiley McDaniel of Byron.

McDaniel looked a three wide run entering turn one, but decided to tune down allowing the stage to be set for a fierce battle between the two over the first half of the race. McDaniel dove low several times on the leader, but each time Alexander would close the door and maintain the lead.

A lap fifteen caution was caused by Newnan’s Brandon Bright when he lost control of his mount in turn one, slammed the outside wall and then was collected by LaGrange’s Jake Traylor. While under caution, McDaniel’s car appeared to have a broken shock on the right rear and had to drop from the race.

With Alexander’s stiffest competition in the pit area, he cruised to his first career win at the track and pocketed the $1000 top prize as part of the ‘Gumbo Series’ offerings.

On the strength of his second place finish, Jamie Nicholson, Jr. has moved into the ‘Gumbo Series’ points lead for the Late Model Sportsman. Alexnader and McDaniel are his closest competitors with only the championship round remaining which is scheduled for Saturday, August 22nd.

Tim Harmon also used his win on Saturday night in the Hobby to take over the ‘Gumbo Series’ points lead. Harmon passed fast qualifier TJ Joiner of Lithia Springs with an outside power move on lap three of their main event and then cruised to the victory over Joiner and Barnesville’s Landon DeGraff.

The Hobby class saw a few new drivers checking out the track on Saturday night. Alabama’s Danny Whitten and JoJo Morgan were in attendance preparing for the biggest race for the Hobby division in track history.

Senoia Raceway will host the Southern Outlaw Hobby Series on Saturday, July 25th and the track is expecting a large field of cars competing in the Stock Car Shoot-Out honoring Zach Jones. The track is offering over $8000 in prize money including a record $3000 winner’s share.

“Zach Jones was a great young man,” said Mayes Massey. “He was always laughing and cutting up and his smile was memorable. His passing at the end of June shocked our racing community. His friends, racers and a bunch of sponsors put together this race to honor him and his love for the lower budgeted racing divisions. This will be their chance to be in the spotlight.”

Mike Weed was another driver that had been close to winning his first career race at Senoia Raceway, but had fallen just short twice this season finishing in second place. That changed on Saturday night as Weed ran flag to flag to win the Charger feature. Weed, who recently lost his grandmother and biggest fan, dedicated the win to her memory.

Hazelhurst driver Chuck Hargrove was involved in scary first lap crash in the Charger feature. Hargrove was racing hard out of the second turn when his car got too close to the back stretch and climbed up the concrete. The result was a scary flip with the car coming to rest on it’s roof at the entrance to turn three. Hargrove was not injured in the accident.

Senoia Raceway will host a special Thursday Night Race this week as the Schaeffer’s Oil Southern Nationals visit’s the tough 3/8ths mile gumbo clay track. The annual tour will bring some of the best Super Late Model drivers in for the event including this weekend’s winners Chris ‘Smokey’ Madden of Gary’s Court, SC and Brandon Overton of Evans. Also, competing with the Thursday night show will be the Crate Late Models, Late Model Sportsman and Charger division.

Tickets for Thursday, July 16 are $20 with kids ages twelve and under admitted to the grandstand for free. Pit passes and trackside parking passes are $40; kids 6-12 are $20 and five and under free. The pits will open at 3pm and grandstands at 5pm. Hot laps and qualifying begin at 7pm with racing at 8pm.

Saturday night racing will return on Saturday, July 25th with the Southern Outlaw Hobby Series coming in for their special race.

For more information on these race events and more, visit the track website at www.senoiaraceway.com. Information is also available on the track’s Facebook page, their Twitter feed and Instagram shares. You can also call the speedway at 770.599.6161.

ALL PHOTOS BY CHRIS MARTIN PHOTORGAPHY 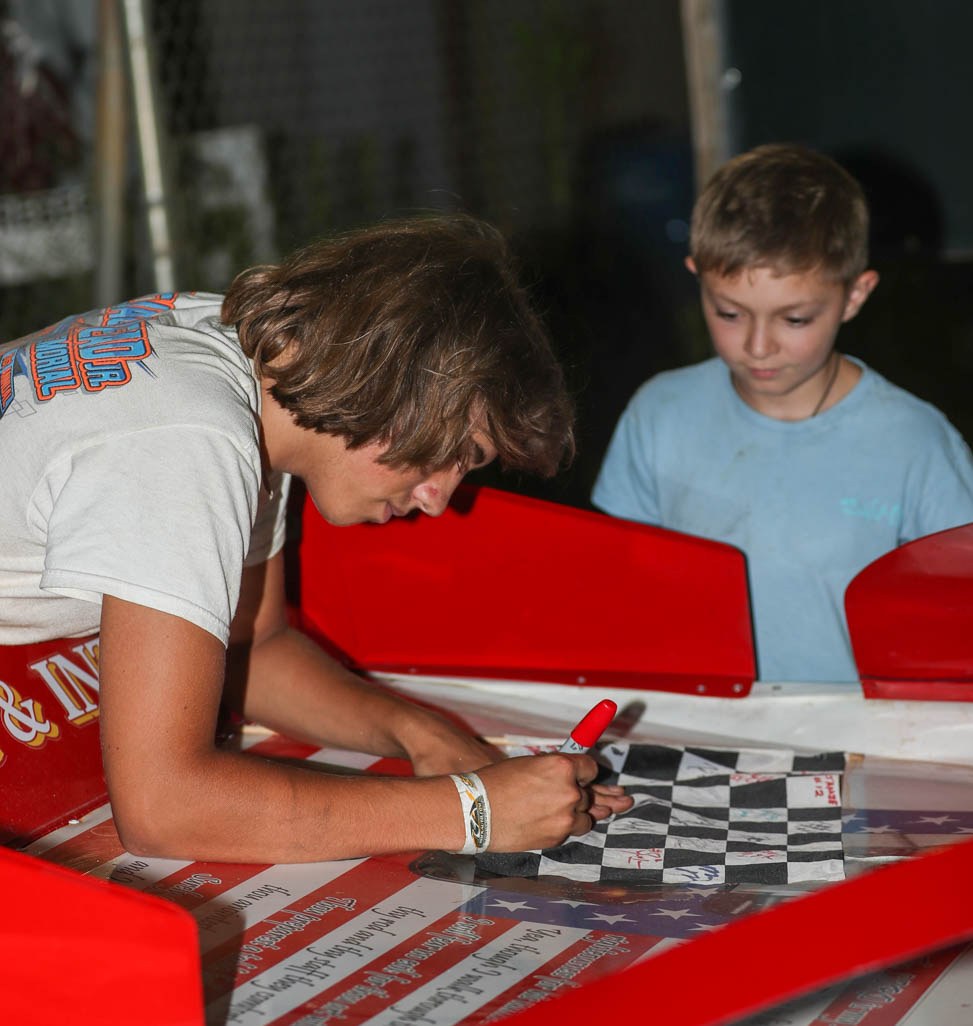 Joshua Till, winner of the mini stock feature, signs an autograph for a fan. 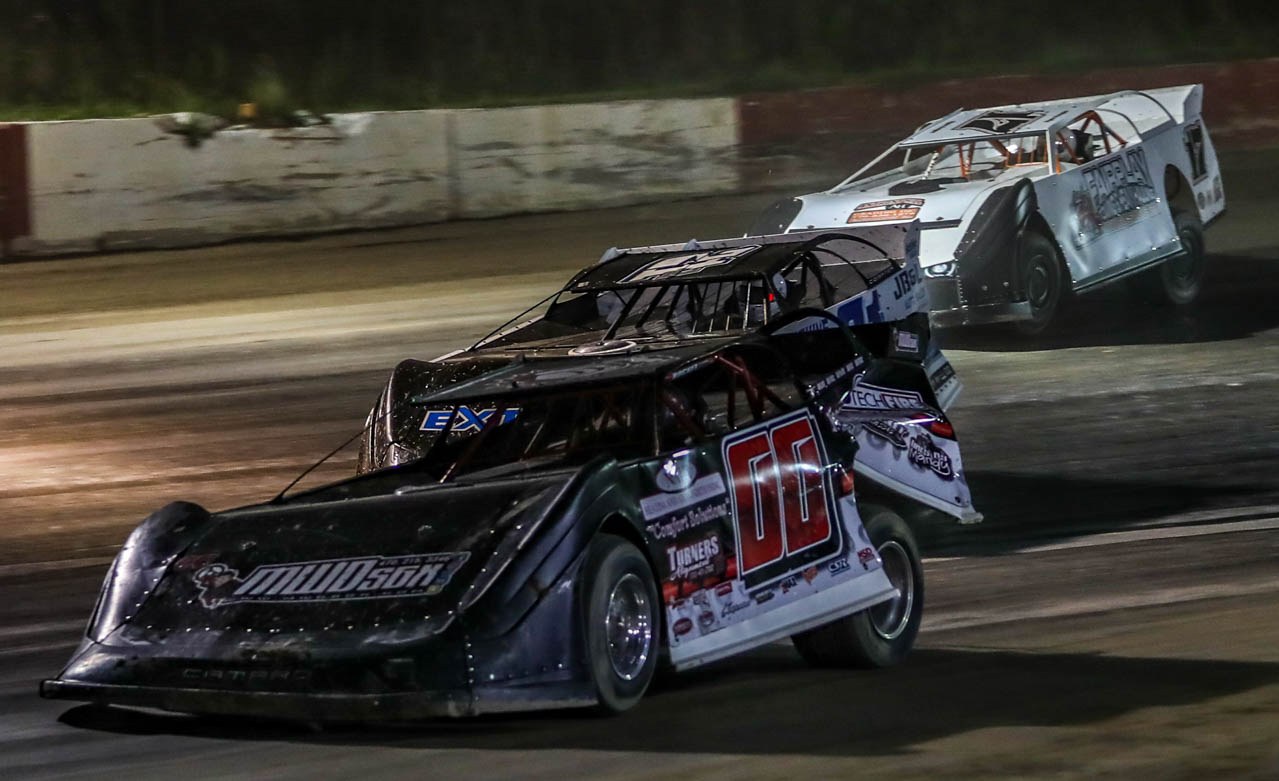 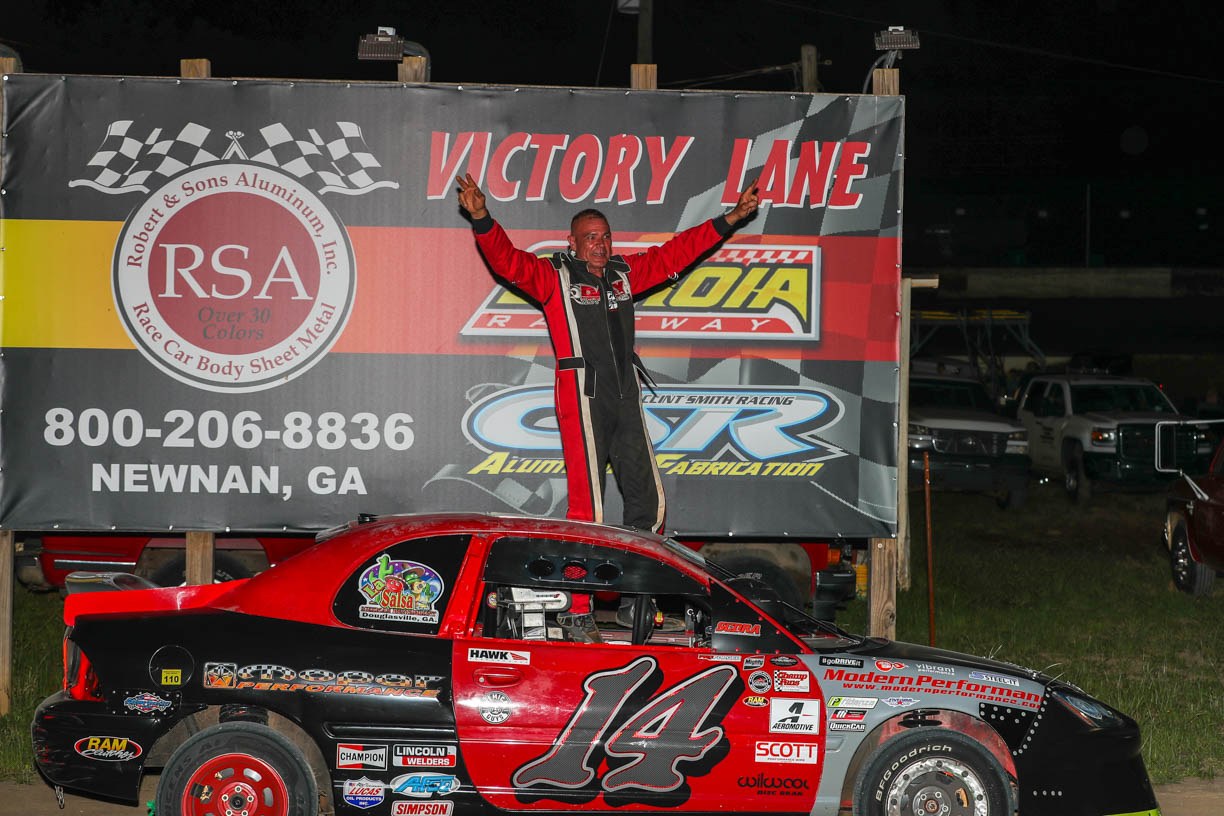 Ernie Turner, winner of the Hot Shots feature, celebrates after his win. 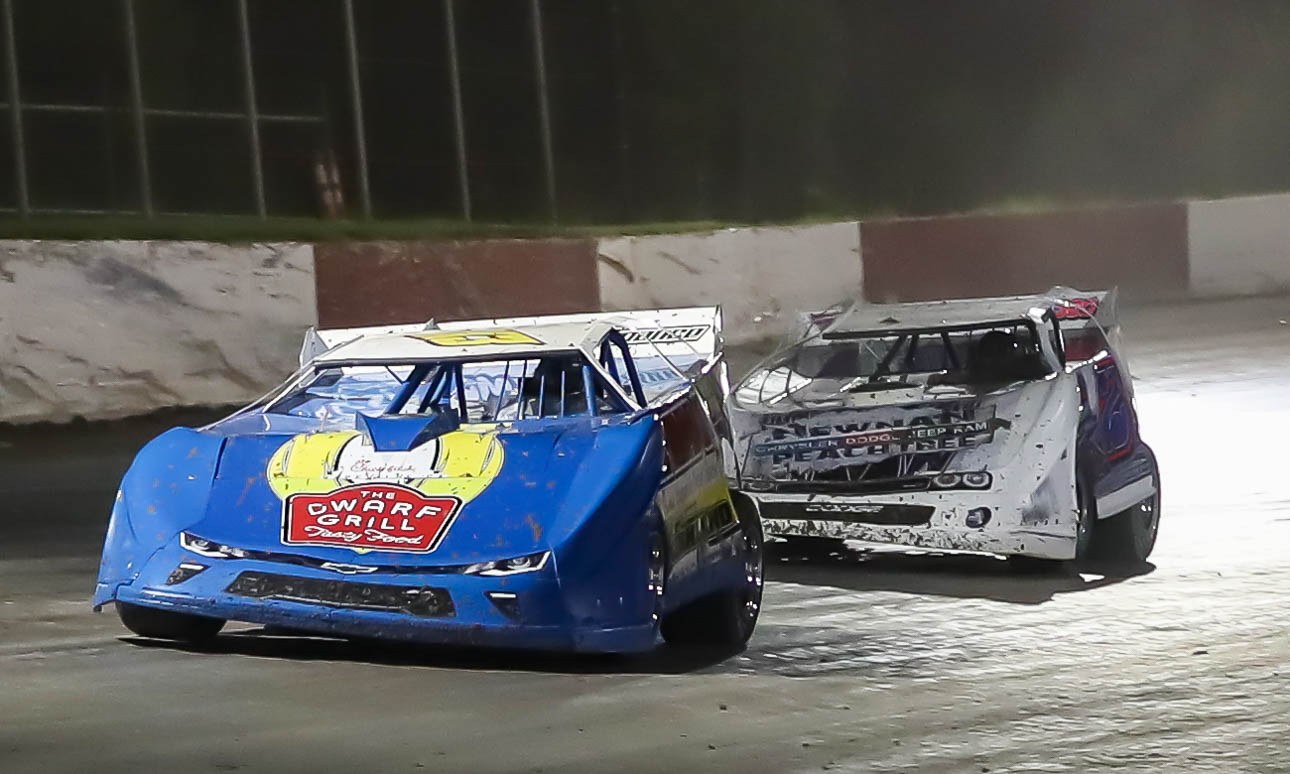 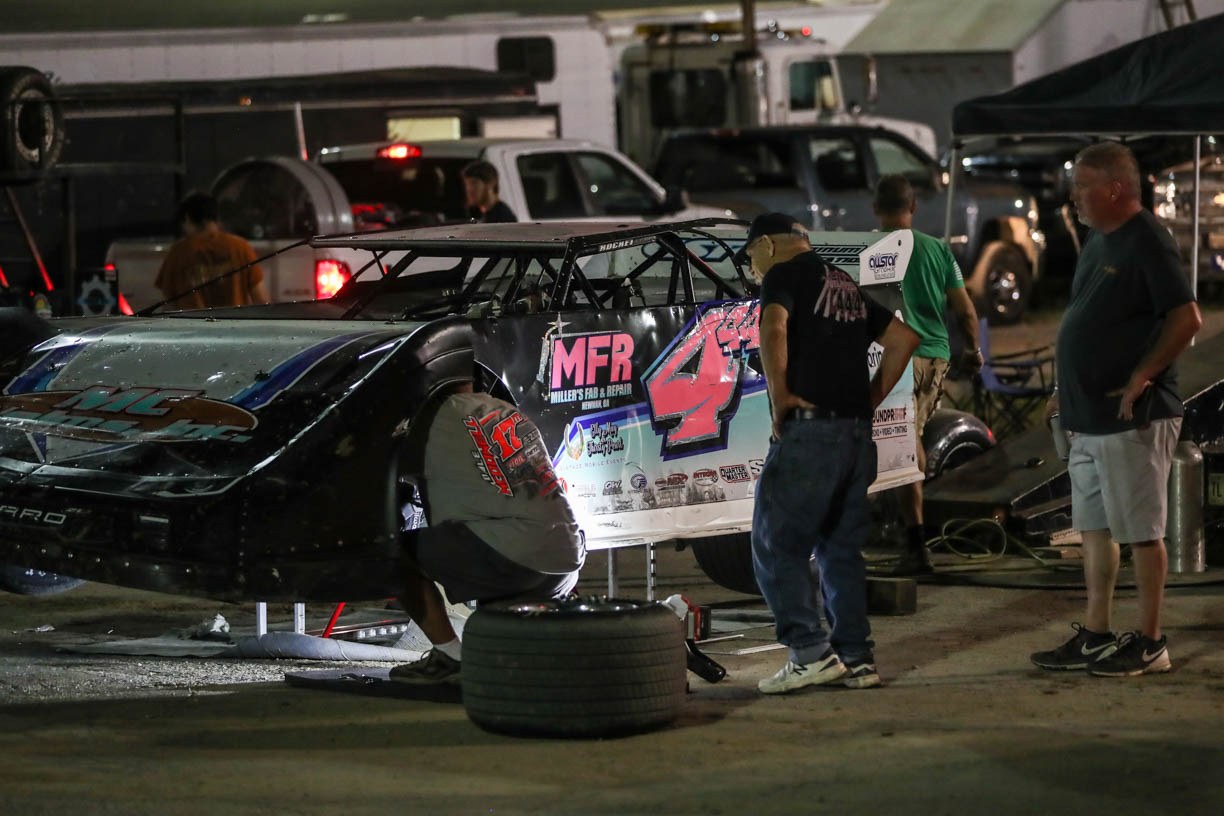 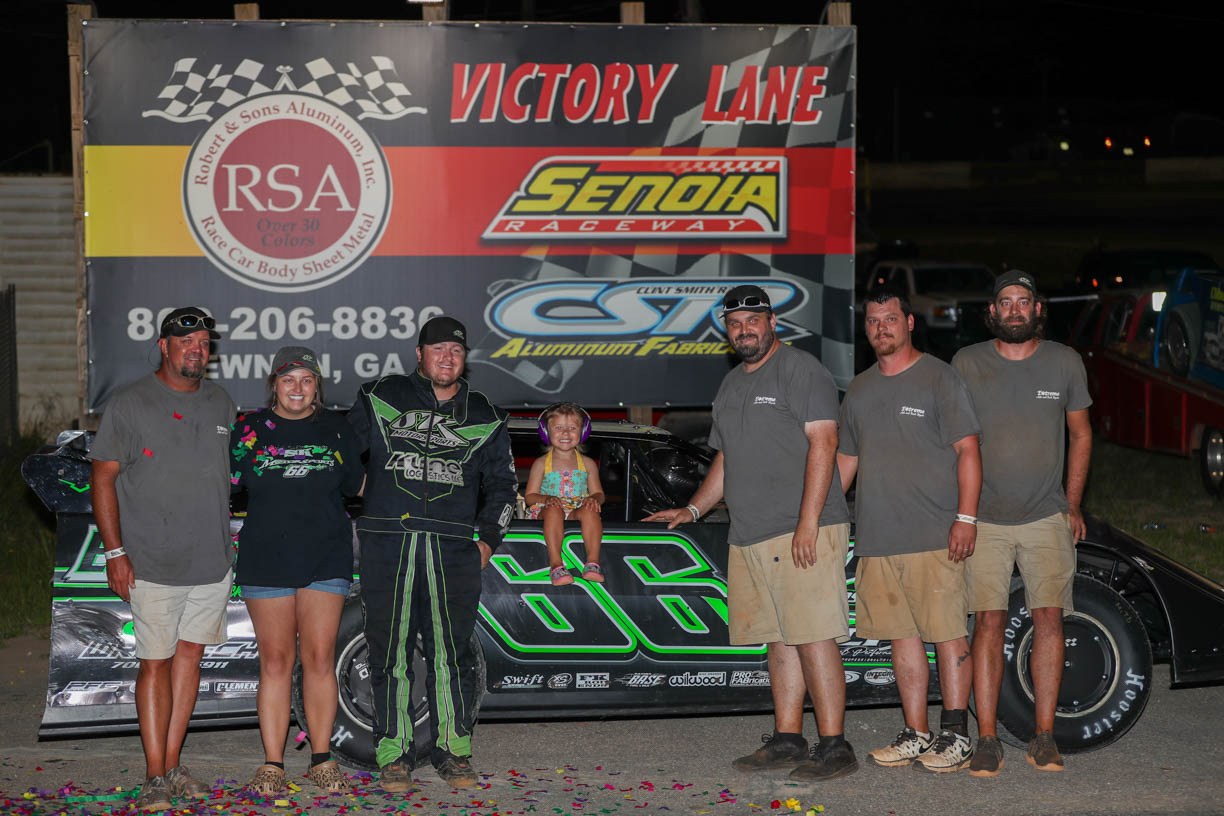 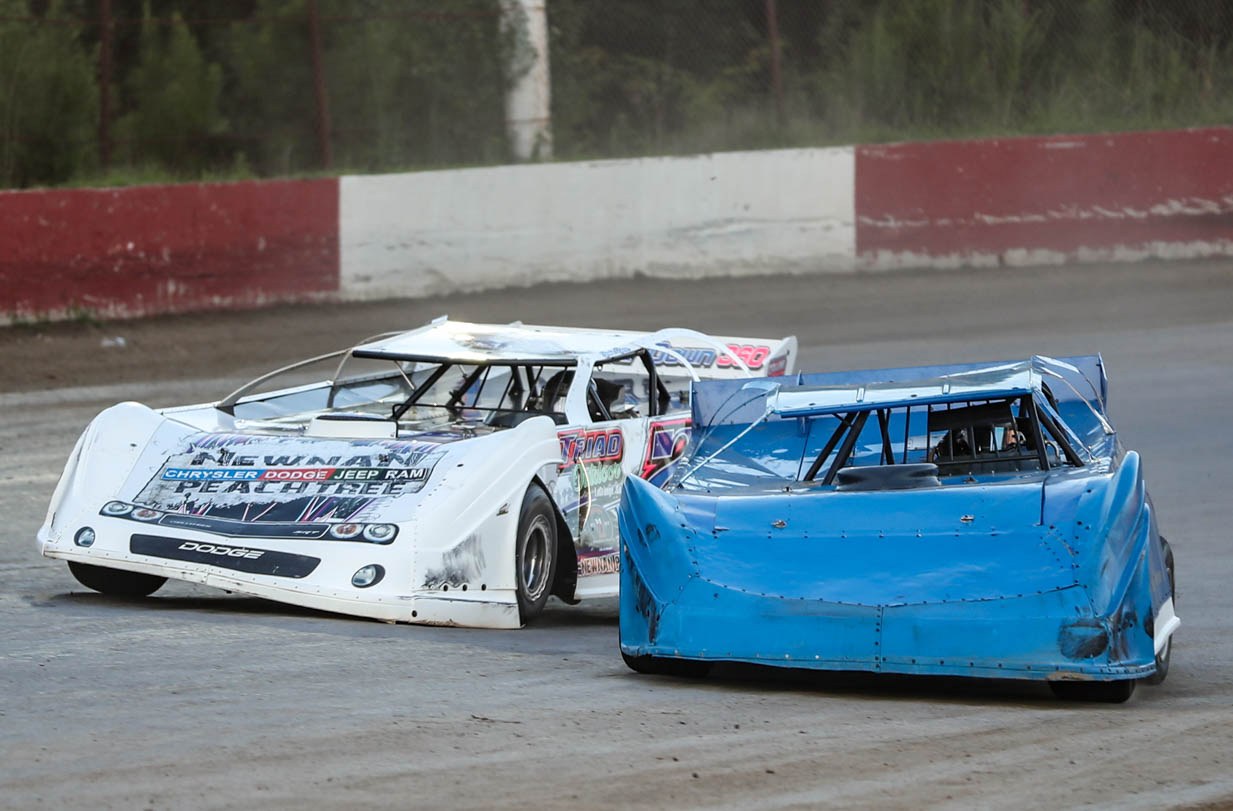 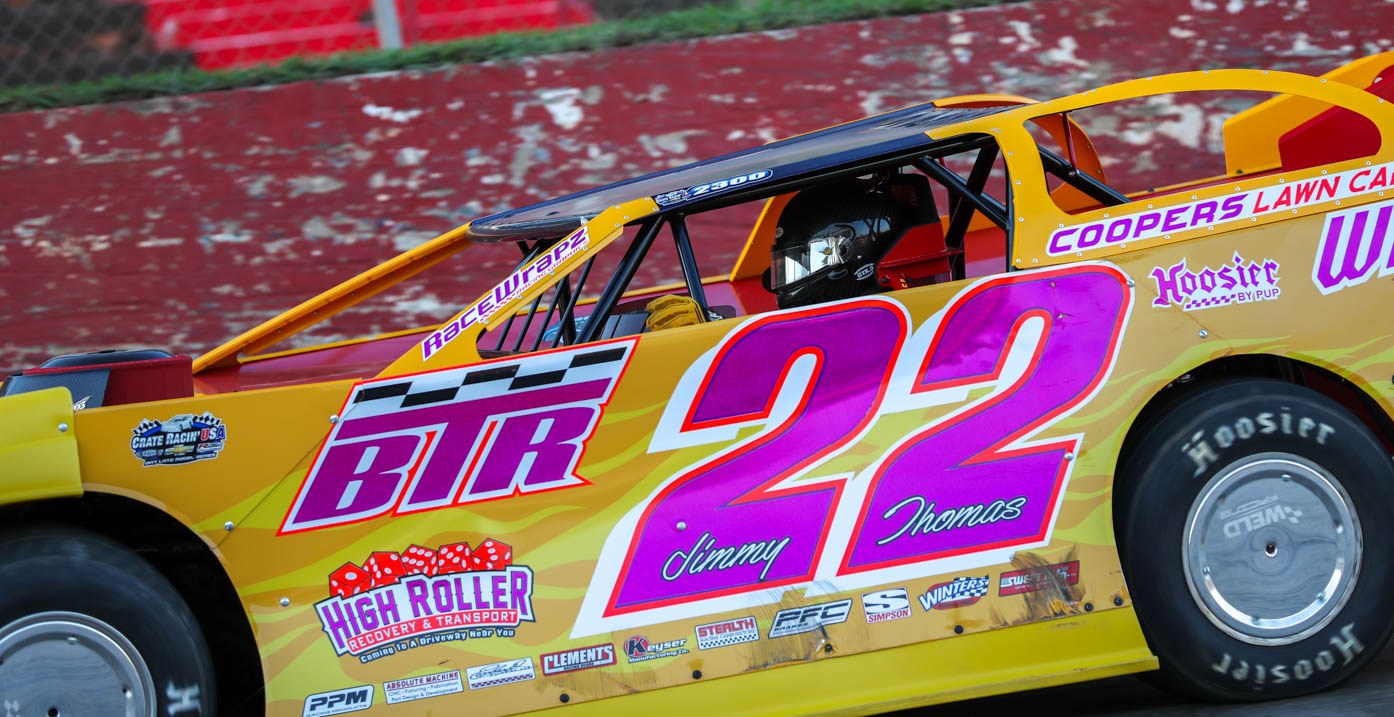 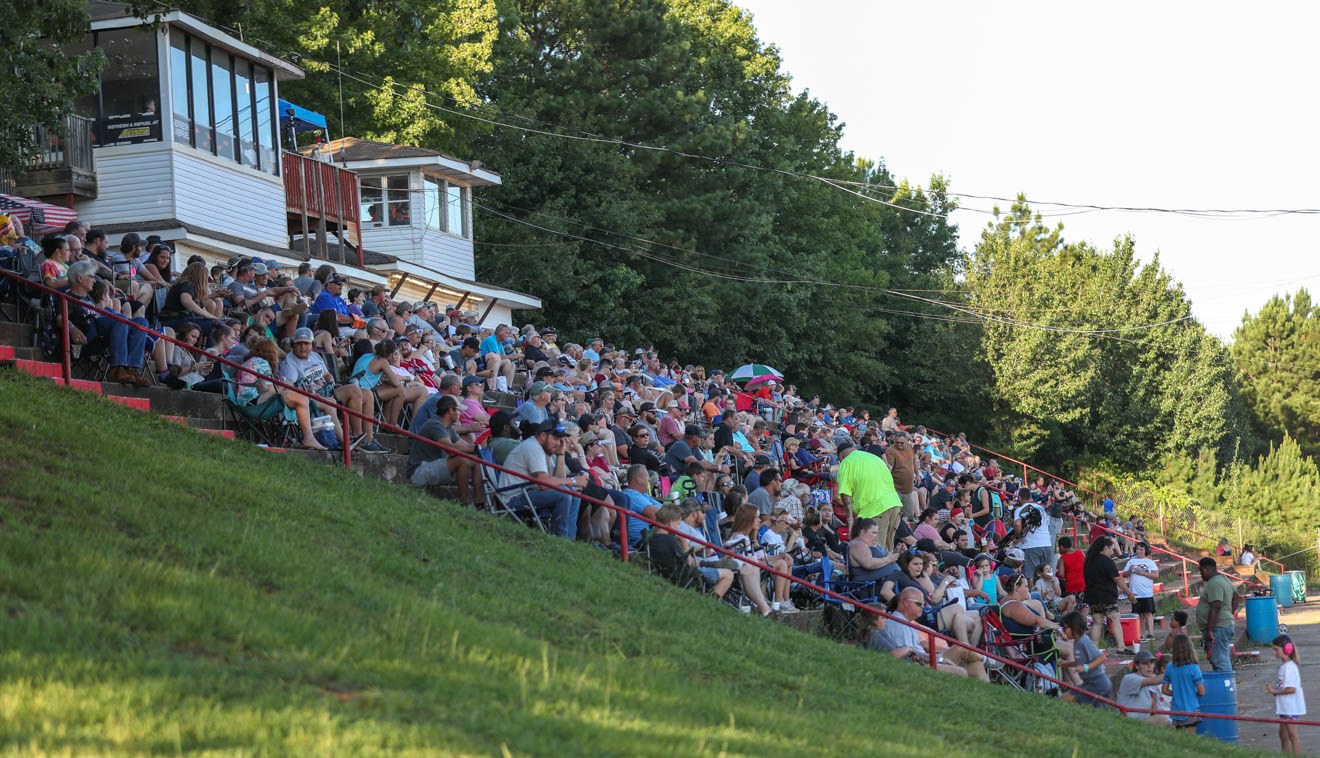 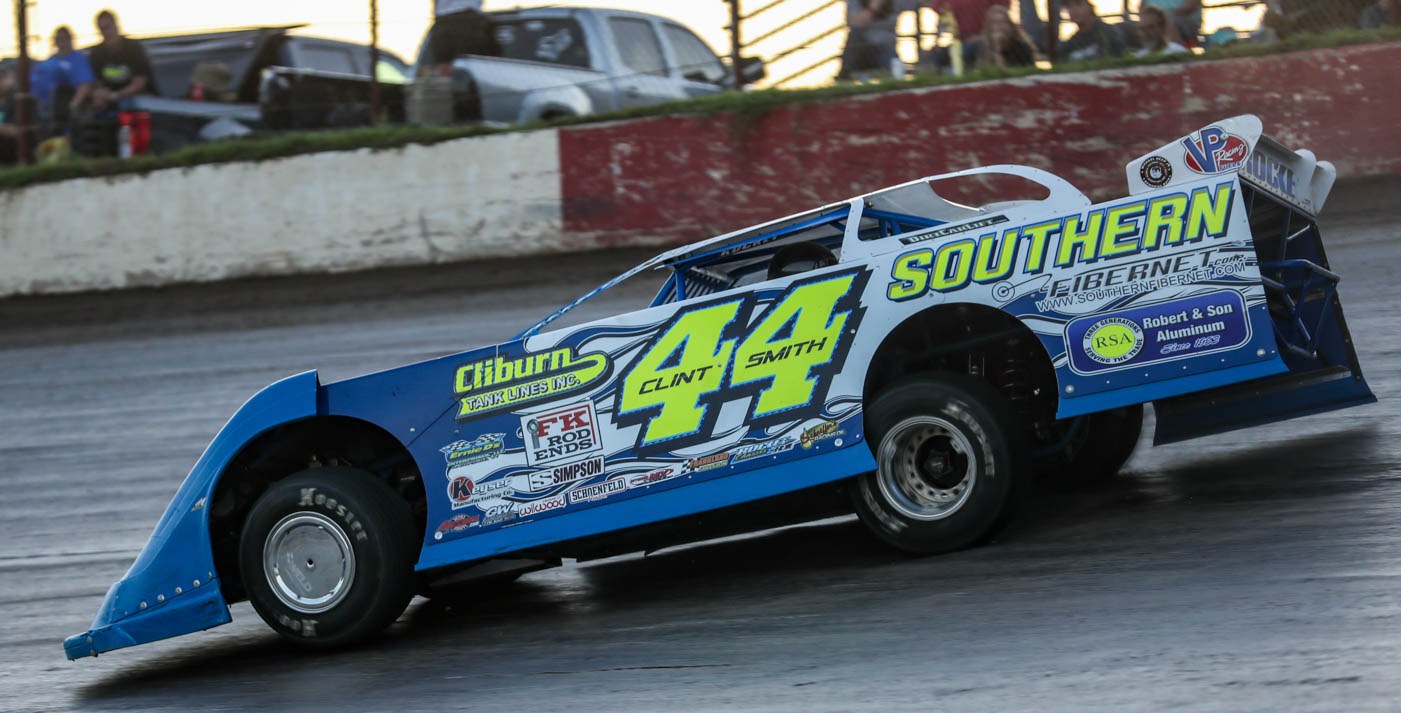 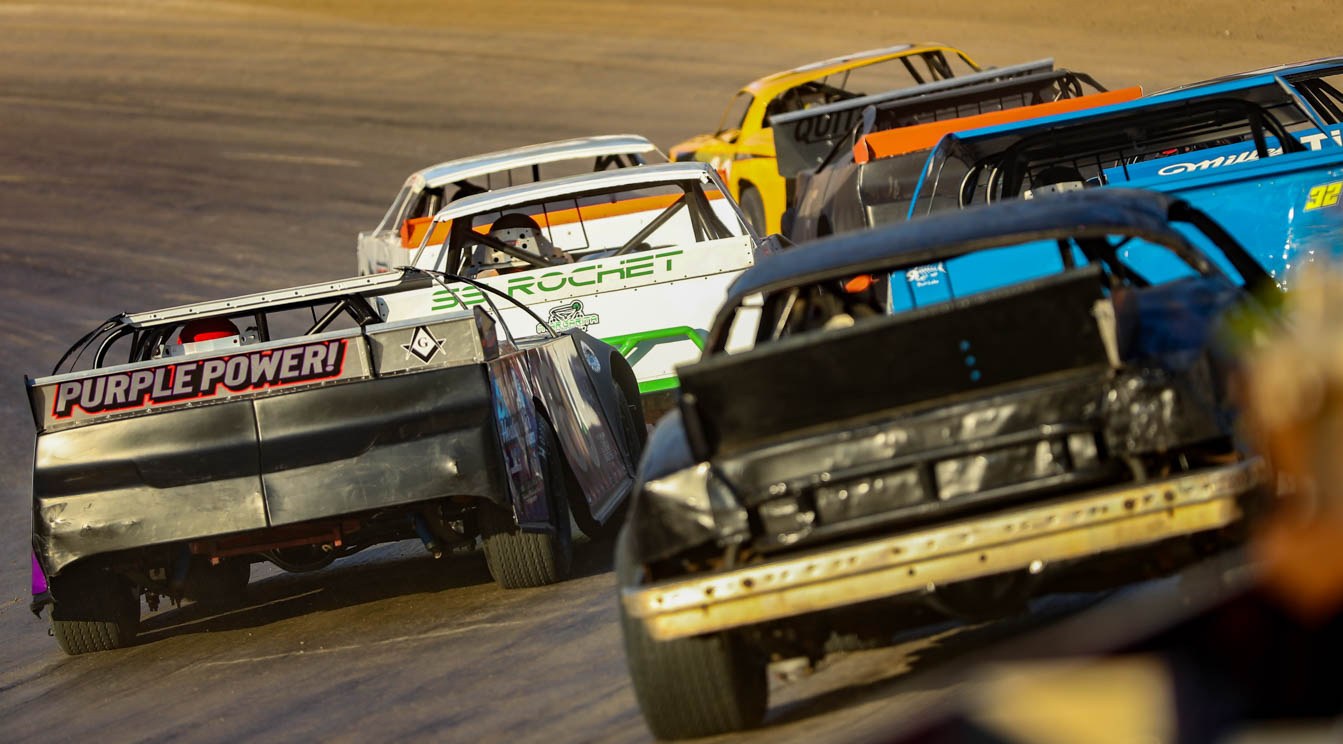 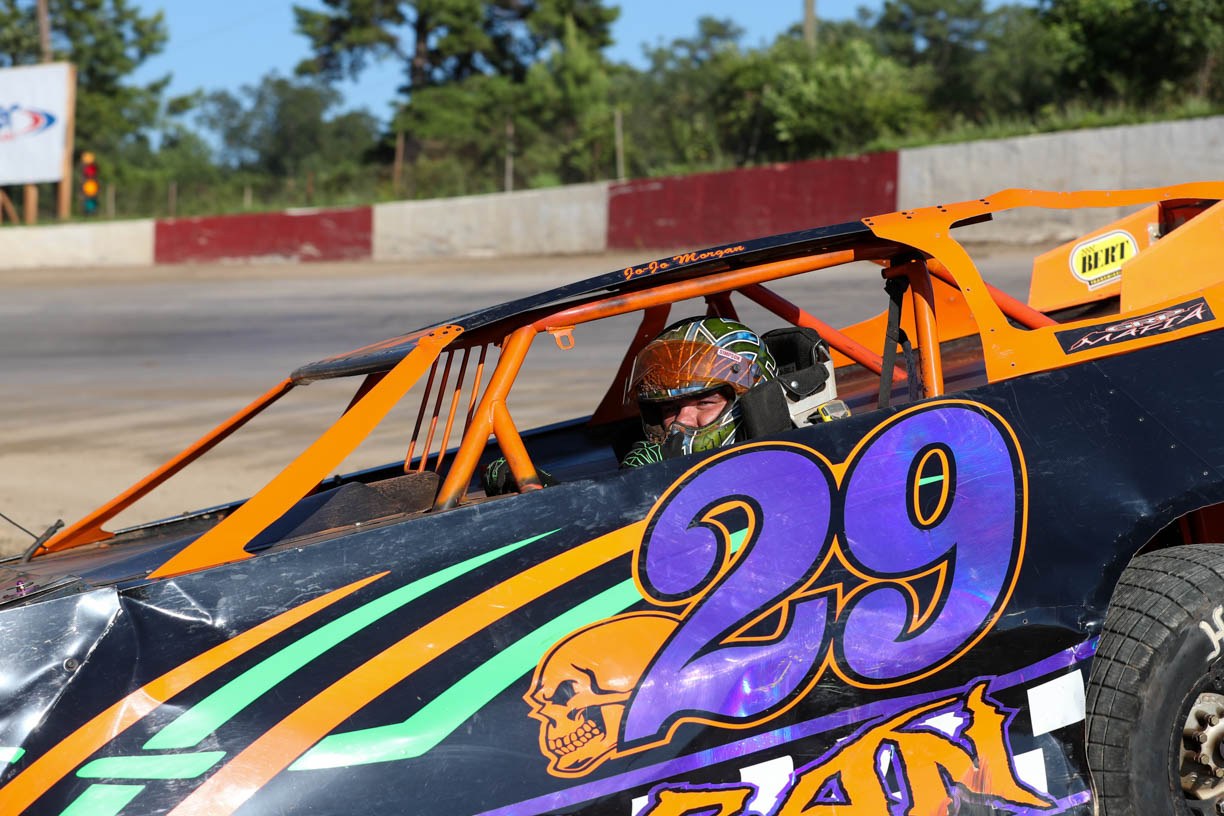 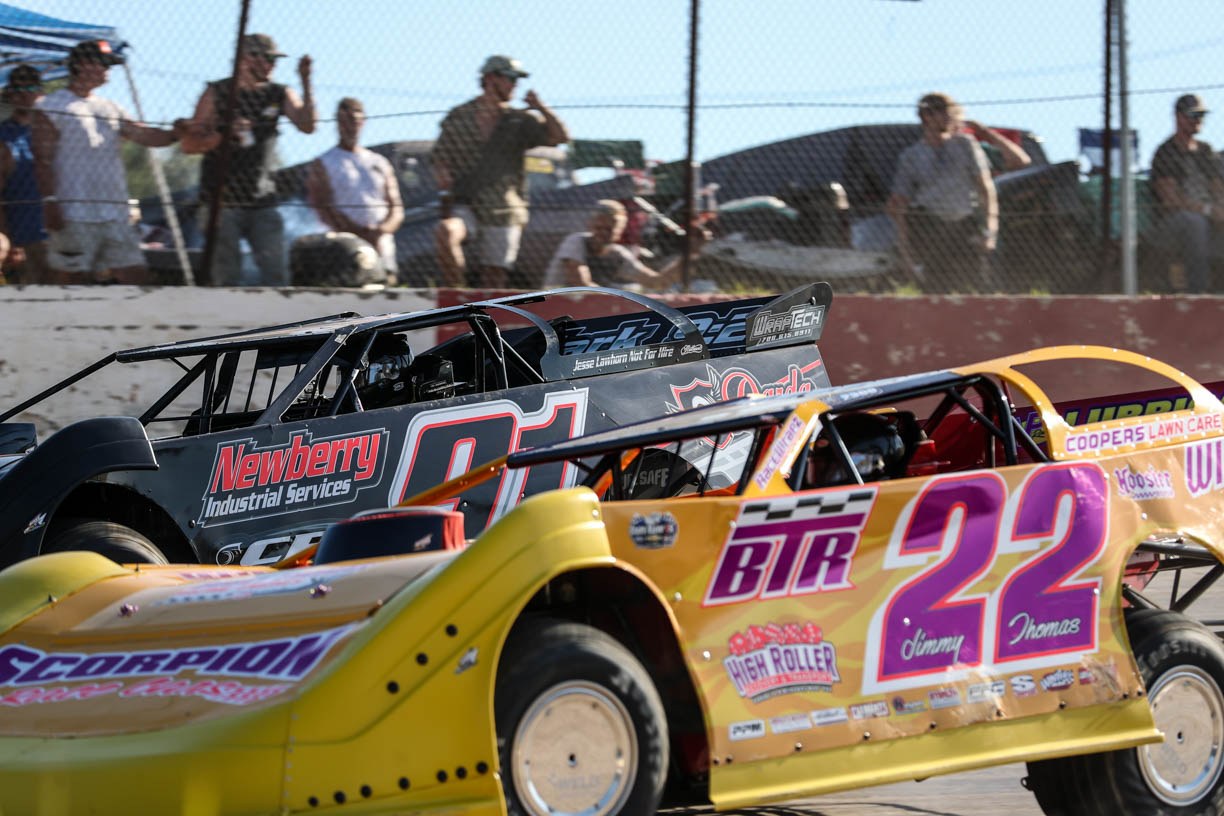 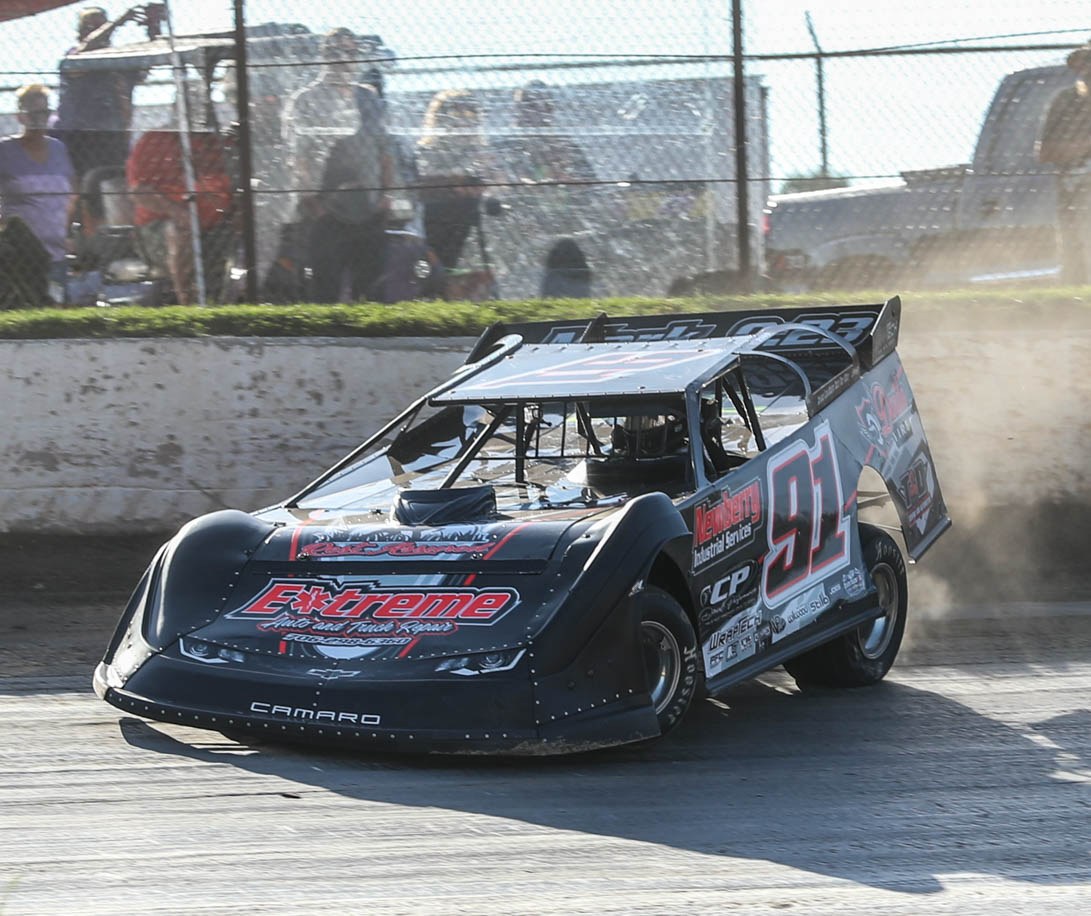 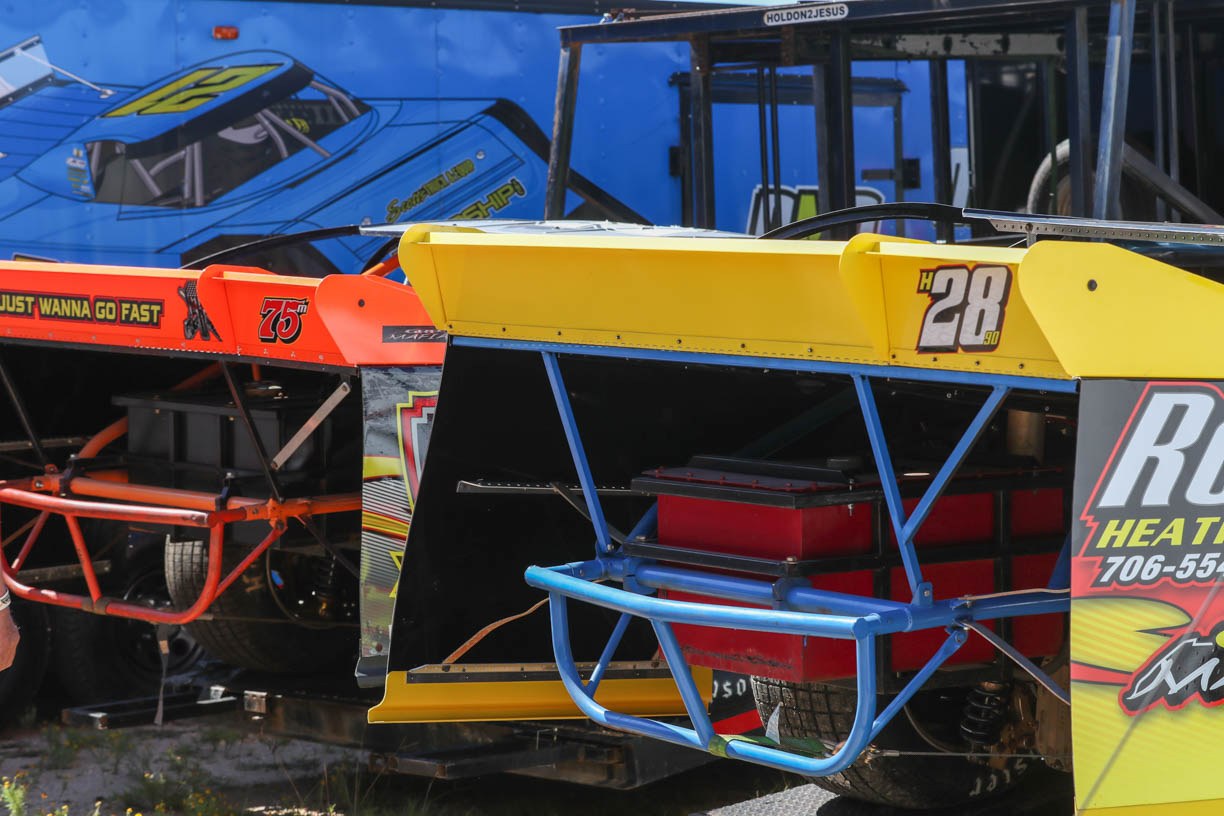 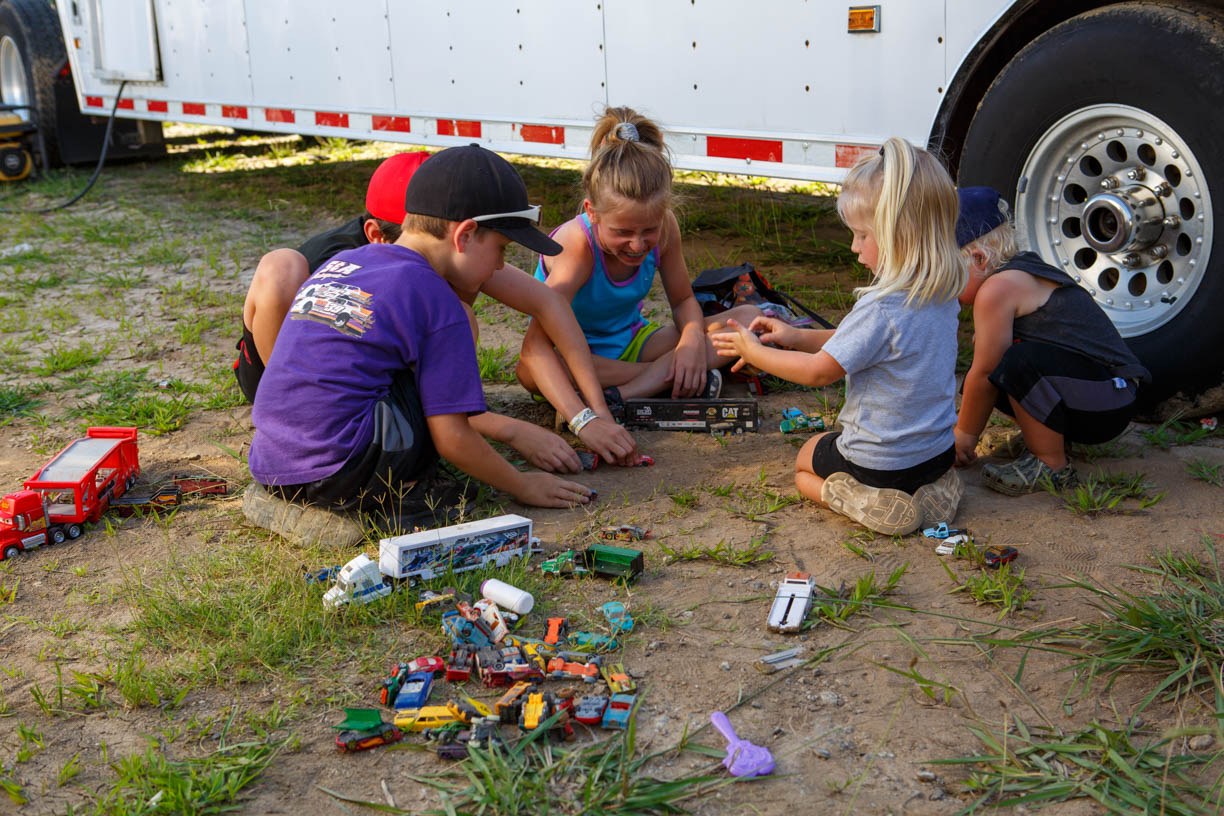