Investigators urge those who see something to call 911

Pet of the Week: Davis

A rezoning request for two new developments in the Ashley Park shopping center was approved by the Newnan City Council in a final reading at its meeting Tuesday.

The council approved the request with Council Member Dustin Koritko voting in opposition.

Thomas Land & Development Company is looking to complete the final phase of Ashley Park by developing the remaining undeveloped land by Belk.

The western 3.98 acres will be used to construct a 5-level, 278-unit apartment building with garage/half-basement that is wrapped around a 3-level parking deck, with recreational facilities above the deck and in the basement area.

In addition to the apartments, a portion of the building will be 15 two-level townhouse apartments that face Ashley Park Boulevard with two-car garages on the basement level and four stories of apartments above.

The targeted unit mix for the apartment complex is 30 percent one-bedroom, 60 percent two-bedrooms and 10 percent three-bedrooms. Square footages will range from 720 to 1,200.

The complex will feature a fitness center, pet services and grooming, and a clubhouse/common area on the basement level. A pool with sunning decks and a recreation area would be on the third level above the parking deck.

Thomas said they have done several similar projects around the country, and have seen that the more uses you have in a project, the better it thrives.

“This is a product that has not been built anywhere that I know of on the south side,” Thomas said. “We think that it really will finish off this project with some folks that have a great desire to be in this area, to be able to walk, have the amenities, have the restaurants and enjoy everything that has been built in this area.”

Thomas said a typical renter would be an upper-end millennial, or someone who is retired and doesn’t want a house but wants to live in the area. Thomas said the project would cost between $55 and $60 million, and the apartments will be higher-end.

Newnan Planning and Zoning Director Tracy Dunnavant outlined the rezoning request and the proposed development specifications submitted to the Newnan Planning Commission at the May 26 council meeting.

She said city staff determined the proposed use meets five of the eight evaluation standards, including suitability for the requested rezoning and minimal adverse effects.

Dunnavant said the planning commission voted 6-1 at their March 10 public hearing and meeting to recommend approval, as long as the project will be consistent with the plan, density, project data, amenities, proffered conditions and architectural details as provided as part of the application.

Also, because of the urban nature of the project, not all the requirements of the landscape ordinance can be met. Dunnavant said the developer will have to submit a landscape plan showing alternative compliance. 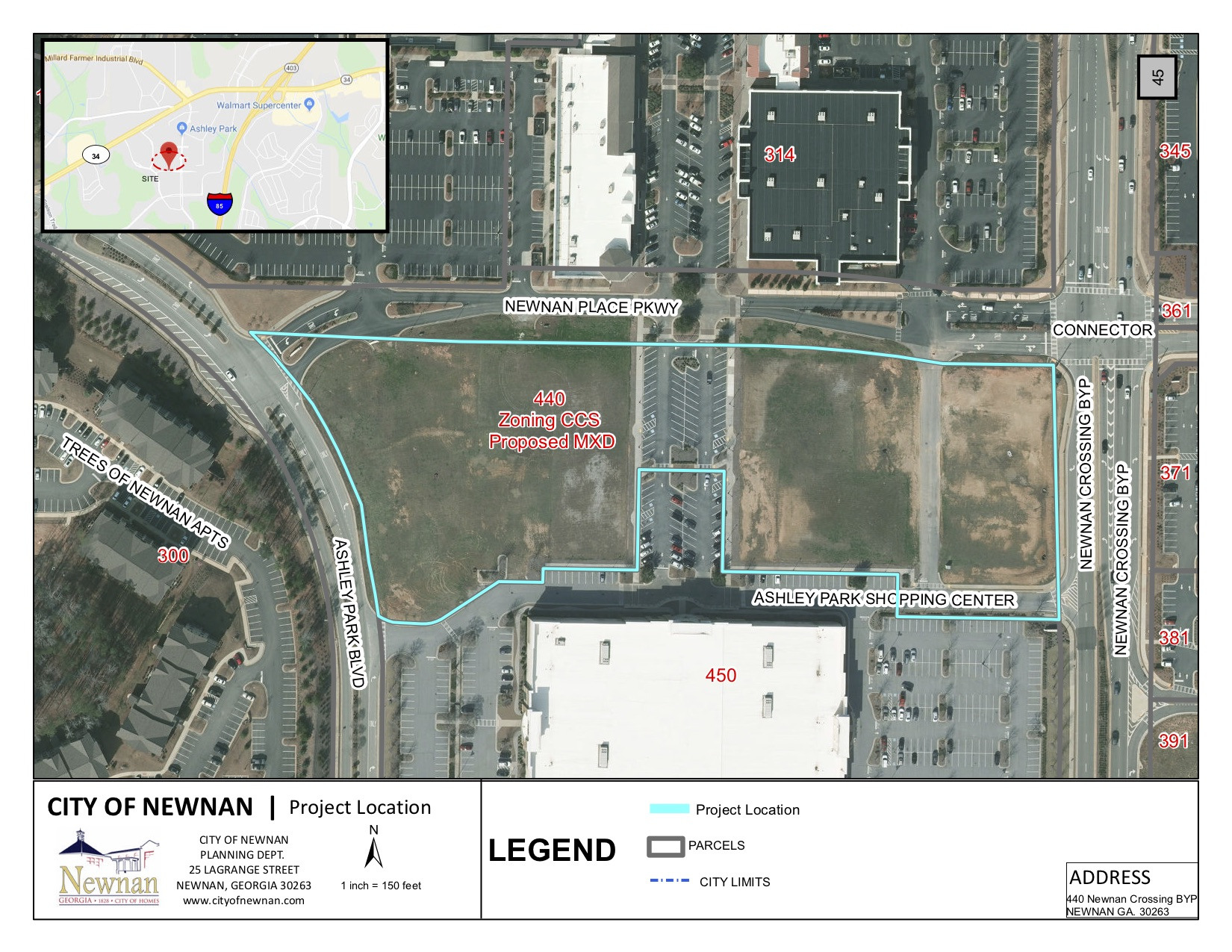 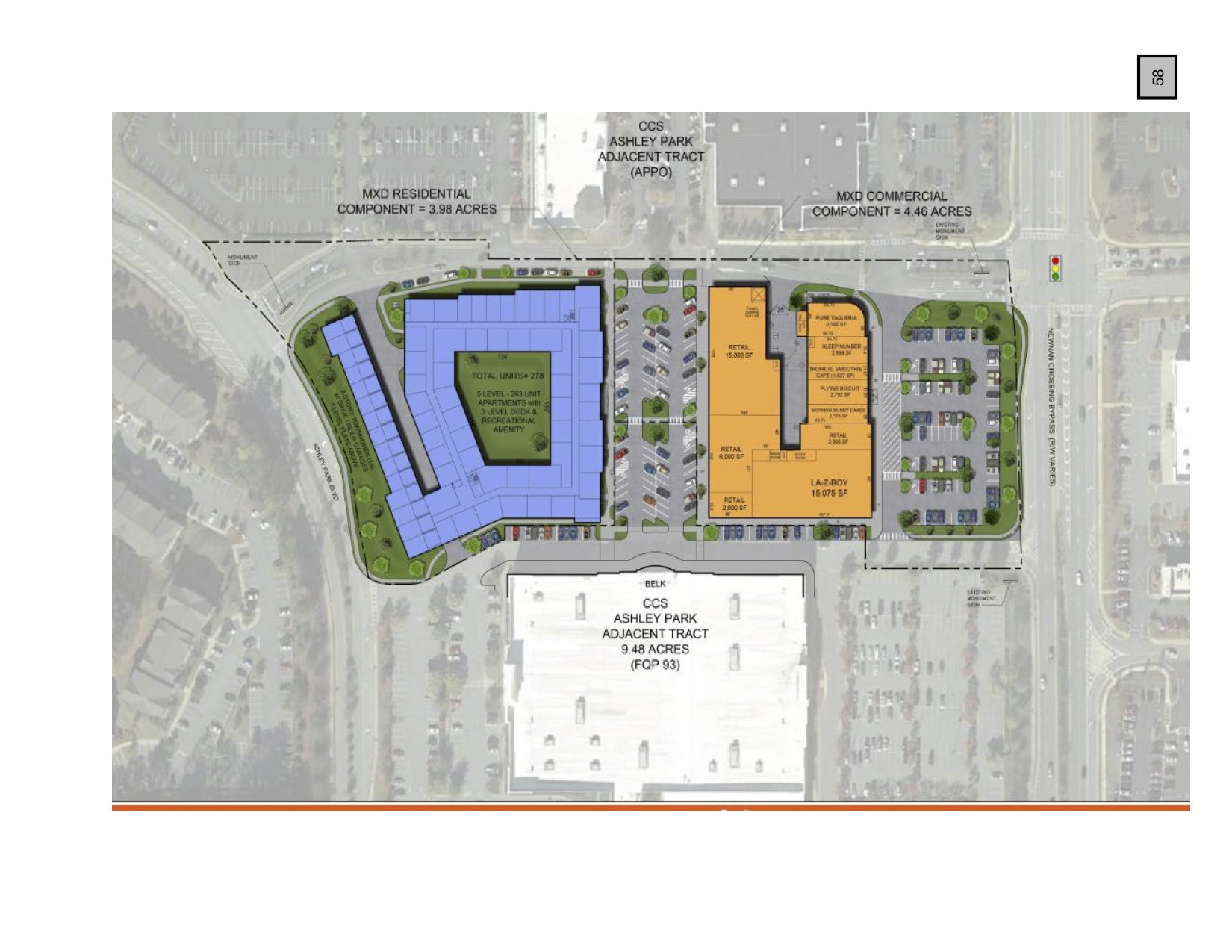