NASCAR returning to Georgia for rescheduled Folds of Honor QuikTrip 500

Where it Started: East Coweta Football at McKnight Field

The Little Team That Would

From Newnan to the Major Leagues

1968: When the LPGA came to Canongate

Where it Started: East Coweta Football at McKnight Field

By Rob Grubbs - Special to The Newnan Times-Herald

(Senoia, Ga.) – Ever since the current East Coweta High School opened in 1988, Garland Shoemake Memorial Stadium has been the centerpiece of incredible high school football action.

Over the last 32 years, the stadium has been the home of five future NFL players and 27 playoff teams. There have been some unforgettable moments as well; the 2001 team went undefeated and beat Wayne County in a home playoff game, and in 1992, they beat the Newnan Cougars for the first time.

However, for the first 21 years of varsity football, East Coweta played a few miles away at McKnight Field. Behind what is now East Coweta Middle School on Georgia Highway 16, the stadium is pristine as in the beginning. And even though the field may not boast some of the accolades that Garland Shoemake earned, the memories are just as important as well.

One of the Indians’ first-ever varsity wins at home was in October of 1968 when they defeated Harris County 13-6. In 1969, they won their homecoming game against Mt. Zion. The 1969 team also featured the exploits of Clyde Fowler, who was the first black athlete at East Coweta.

Fowler excelled at football, basketball and track while he paved the way for the athletes to come later. The speedy Fowler scored on a 90-yard touchdown run against Henry County and an 89-yard kickoff return against Tuskegee, Alabama.

The 1973 team gave the faithful their first taste of success. They opened the season on the road at East Fanin and running back Leroy Stargell put on a display. He rushed for 276 yards on 16 carries and had a pick-six to lead the Indians to a 44-6 victory.

For his efforts, Stargell was named AJC ‘Back of the Week, and East Coweta was state ranked for the first time. The Indians played in Region 5-B that year, which was the toughest in the state; at one time they and Bremen, West Point and Mt. Zion were all in the top 10 at the same time. Under Head Coach Glen Cato and led by linebacker Jim Adamson, the Indians finished above .500 for the first time at 6-4.

The biggest game ever at McKnight Field was on October 3, 1980, when the Indians welcomed the top ranked Hogansville Green Wave. The Indians had never defeated Hogansville in eight tries — the best they had done was a 32-21 loss in 1977.

But on this night, they let loose 6-foot-6 defensive lineman, Barry Ragsdale, who dominated the Green Wave offense. He recovered two fumbles, one for a touchdown, and had a key sack late that sealed the victory.

“We’ve been waiting for this a long time — the coaches, the fans, the players, everybody. It was a long time coming,” Ragsdale said afterward.

The Indians faced Woodbury in the last game of the 1980 season at home and won handily with two touchdowns from Wayne Simmons and a 93-yard kickoff return from Jeff Stargell. They finished tied for first in the region and qualified for their first ever state playoff game.

Unfortunately, they had to face the eventual Class A State Champion Greenville Patriots. Quarterback Jeff Stargell ran for a touchdown and found James Gates for another, but the Patriots overwhelmed the Indians on the way to a 32-14 victory.

East Coweta would qualify for the state playoffs again in 1983 under Head Coach Vernon Kidd. The Indians were led by Sam Penson, Chris Ferrell, Kenny Boze and Jerry Rush that season. They were rewarded with a first-round playoff game against West Point, who had already beaten them 26-0 earlier in the year.

This one went the same as the Indians fell 39-0. They would not make the playoffs again until the 1990 season under first-year Head Coach Danny Cronic.

McKnight Field showcased one of the best running backs in East Coweta history from 1982 to 1985, when Jerry Rush terrorized opponents’ defenses. McKnight Field saw one of the most electric performances in 1985 against Brookstone when Rush finished with 357 yards, rushing on 34 carries and four touchdowns. Rushed was named to the All-State team his senior year.

After the Indians left the friendly confines of McKnight Field for bigger things at Garland Shoemake Memorial Stadium, other teams made a home.

The East Coweta Middle School continues to terrorize their opponents there and battle on the same grass where the first East Coweta Indians fought. One of the best things about athletics are the memories they leave behind. McKnight Field reminds us those memories are always close by. 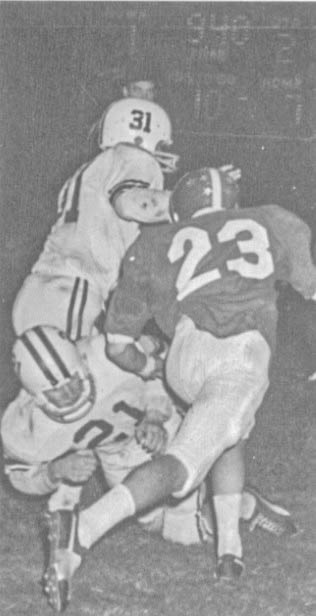 Ralph Sanders runs behind the block of Carl McKnight against Mt Zion in October 1969. 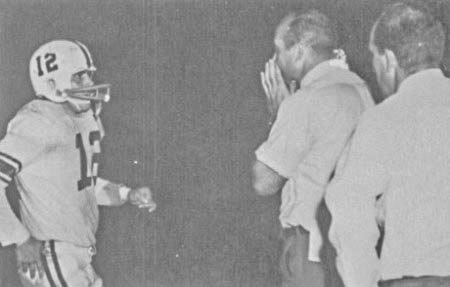 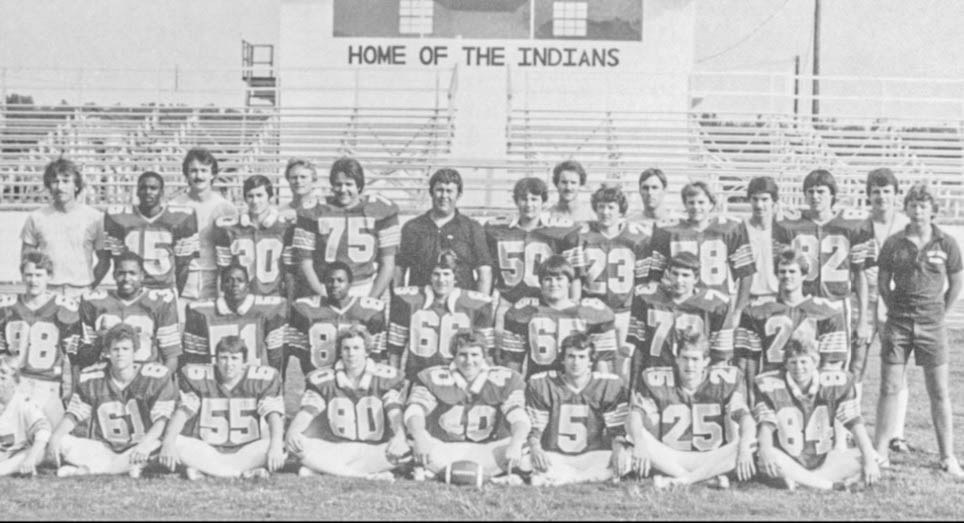