Pet of the week: Kisha

Use of force instances in Coweta less than national average

Veteran lights up the sky for SummerGrove on the 4th

‘COVID fatigue’: Are folks slacking off in the fight?

Dozens of residents angered by the deaths George Floyd and Ahmaud Arbery gathered in front of the historic Newnan courthouse Saturday and Sunday evening.

The rally remained non-violent and participants took turns expressing their disillusionment with law enforcement and the justice system in the United States.

“We are walking targets,” said participant Stacey Bristow. “Speak up. Say something. Who are you really protecting?”

Demonstrations in Atlanta, Athens, Savannah and Gainesville coincided with nationwide protests over the death of George Floyd, a 46-year-old black man who died after a white officer kneeled on his neck for several minutes during an arrest last week in Minneapolis, Minnesota.

Protests in the state also followed the arrests last month of two white men in the fatal shooting of Ahmaud Arbery, a 25-year-old black man who was gunned down in the Satilla Shores neighborhood near Brunswick on Feb. 23.

Many influential Georgia politicians were swift to condemn the violence seen during the weekend protests while simultaneously expressing outrage over Floyd’s death, which was recorded on video and spread rapidly via social media.

“I know your pain, your rage, your sense of despair and hopelessness,” said U.S. Rep. John Lewis, the prominent civil rights leader from Atlanta. “Justice has, indeed, been denied for far too long. Rioting, looting and burning is not the way. Organize. Demonstrate. Sit-in. Stand-up. Be constructive, not destructive.”

In Atlanta, three nights of protests starting Friday devolved at times into attacks on buildings in the downtown area, vehicles set ablaze and hundreds of arrests. Largely peaceful demonstrations became into scenes of riot as some elements in crowds hurled bottles, rocks, knives and fireworks at Atlanta police officers, who in turn fired tear gas cannisters.

The protests in Georgia’s largest city prompted the governor to declare a state of emergency for all 159 Georgia counties on Saturday and order the deployment of 3,000 Georgia National Guard troops to several sites including Atlanta’s Centennial Olympic Park, the Governor’s Mansion, several malls in the Atlanta area and to Savannah, where protests Sunday night led to 16 arrests.

In remarks Saturday, Kemp said he sent out National Guard members at the request of local officials in Atlanta, noting cities across the state were grappling with protests at the same time the coronavirus pandemic remains a serious concern.

“While life is more valuable than property, we do not want the destruction of either,” the governor said. “What we witnessed was outrageous, and we will do our part in conjunction with local leaders to plan, mobilize and respond appropriately to threats that undermine public safety.”

On Monday, the American Civil Liberties Union’s Georgia chapter urged Kemp and mayors to tread cautiously when enforcing curfews, arguing authorities should use their arresting powers as a last resort and only “to facilitate compliance rather than to punish non-compliance.”

“In this time when thousands of our citizens are exercising their First Amendment rights to protest police misconduct, it is imperative that the government’s response be measured and appropriate rather than further police misconduct and increased militarization of our streets,” said the Georgia ACLU’s executive director, Andrea Young.

In all, nearly 300 people were arrested in Atlanta in connection with the protests Friday through Sunday, with more than half arrested Saturday night. Atlanta Mayor Keisha Lance Bottoms placed the city under a third consecutive citywide curfew Monday night.

Atlanta also saw the injury of an officer who was hit by an ATV during Saturday night’s protest in the downtown area. Additionally, two officers were fired from the city’s police department for using excessive force to make curfew-related arrests.

More arrests were made during protests in Athens and Savannah on Sunday night, though officials noted those cities saw less property destruction than Atlanta.

In Savannah, 16 people were arrested including two active military members, said the city’s police chief, Roy Minter. Savannah Mayor Van Johnson said Monday no property was damaged and no one was injured in the protests.

“Our city has shown that peaceful demonstrations can be done peacefully,” Johnson said at a news conference Monday.

Tear gas and non-lethal ammunition were used on protesters in Athens, according to the Athens-Clarke County Police Department. Graffiti was also drawn on the Confederate-era “soldier’s monument” in downtown Athens, authorities said.

Gainesville also saw protesting Sunday night in which 10 arrests were made, according to the Hall County Sheriff’s Office. Additionally, authorities said a Gainesville man was arrested for allegedly vandalizing the city’s “Old Joe” Confederate monument with paint.

All photos courtesy of Bob Shapiro. 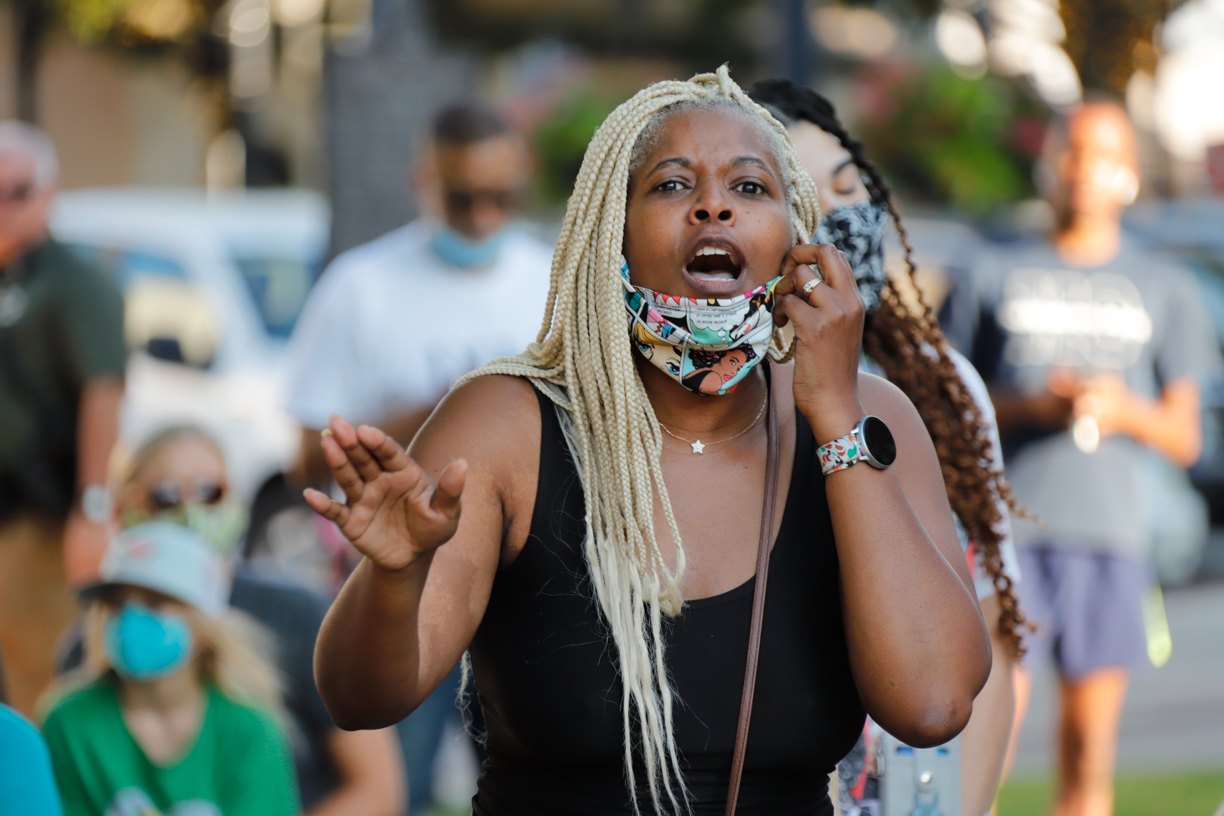 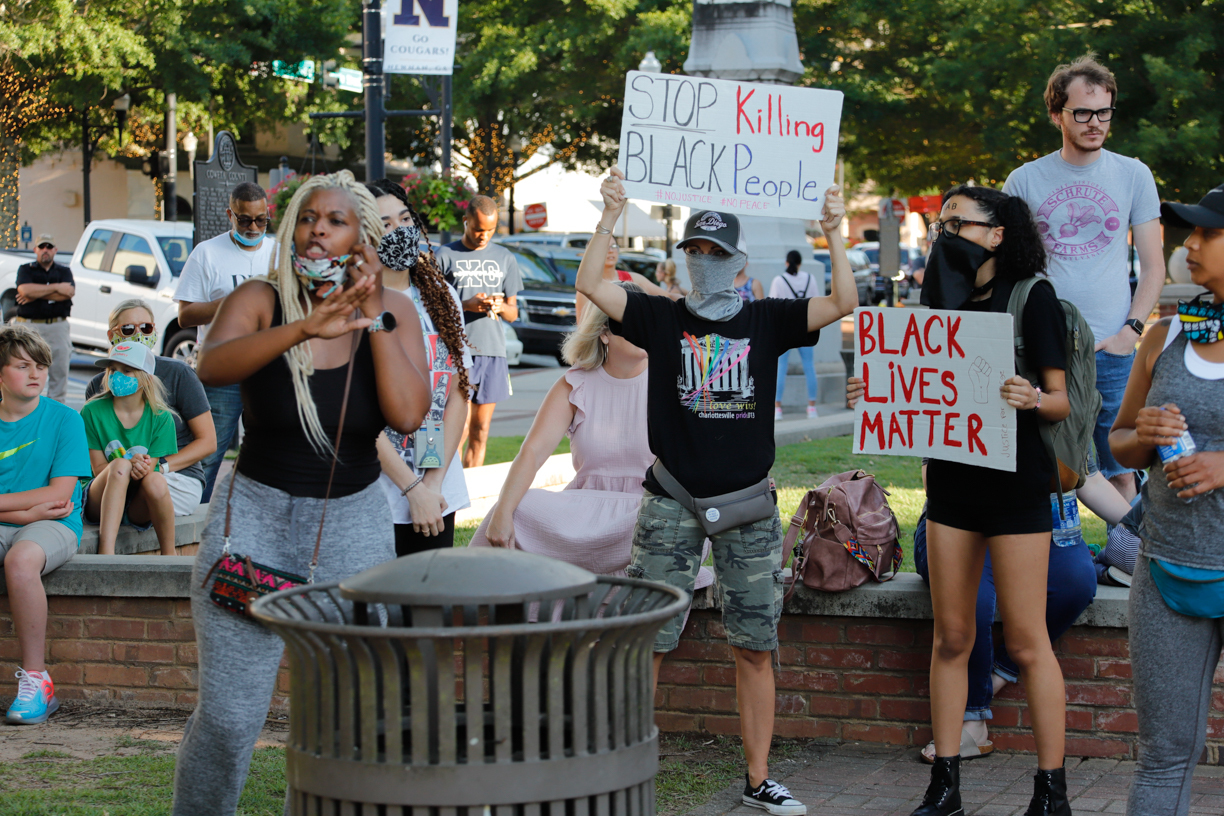 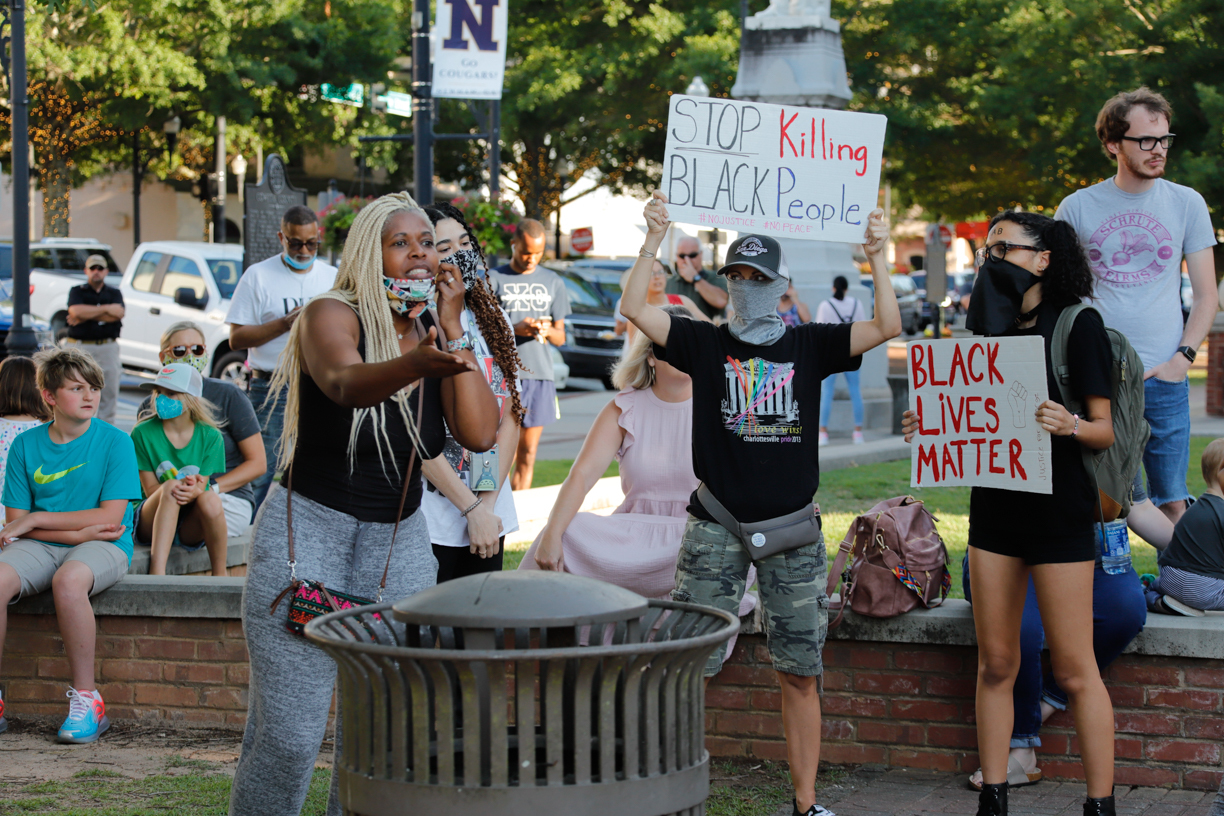 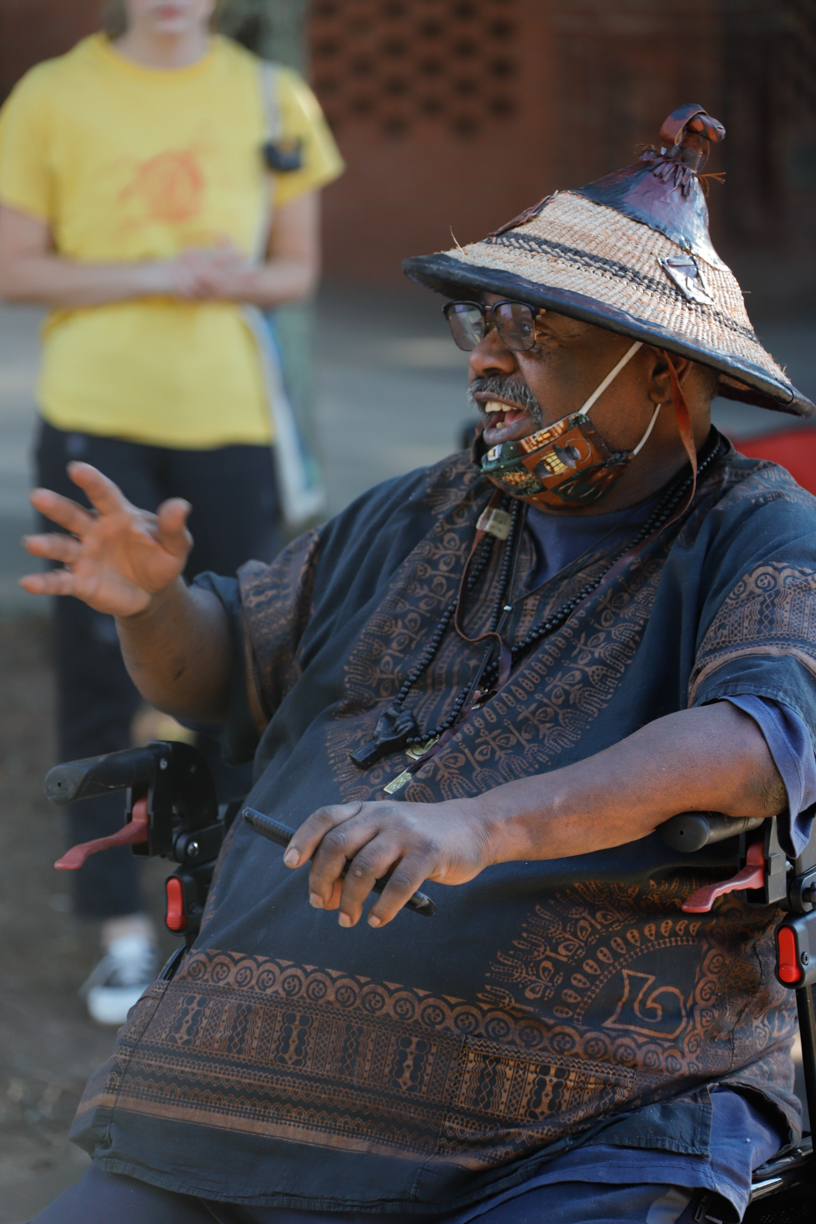 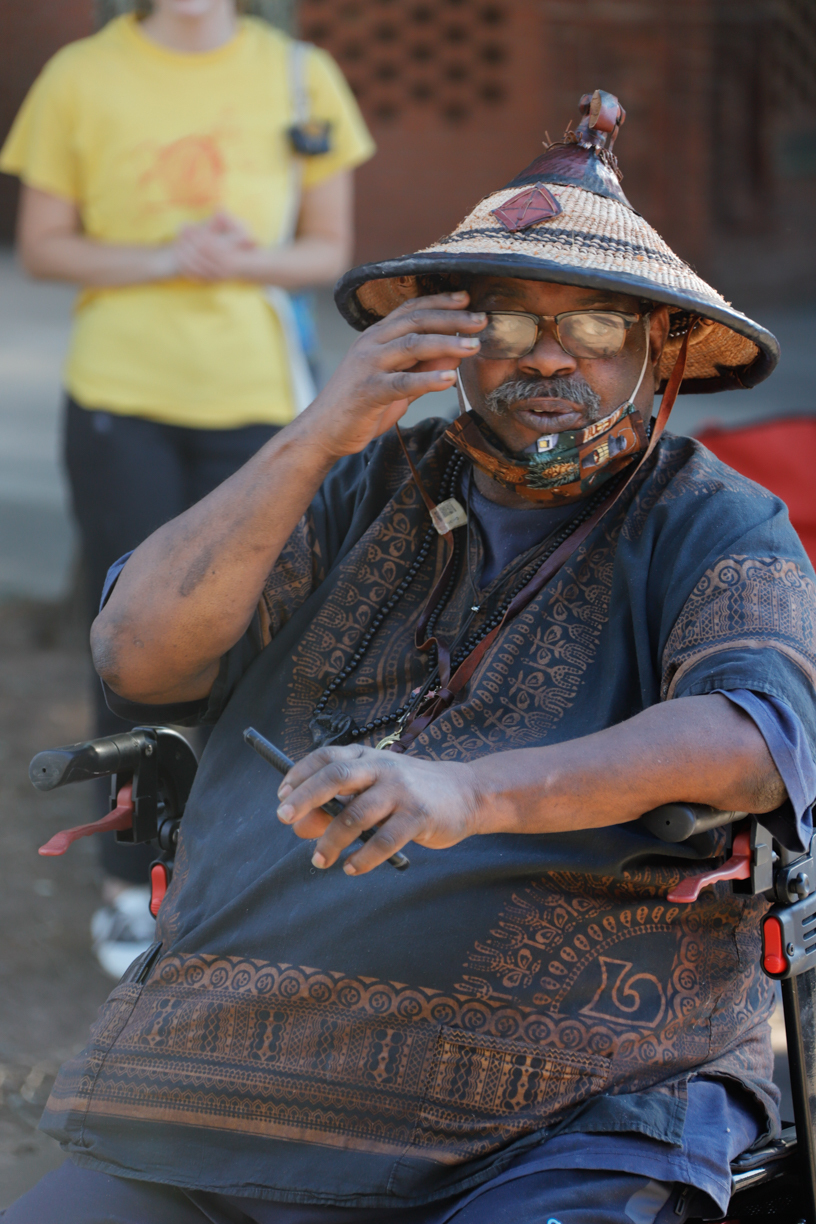 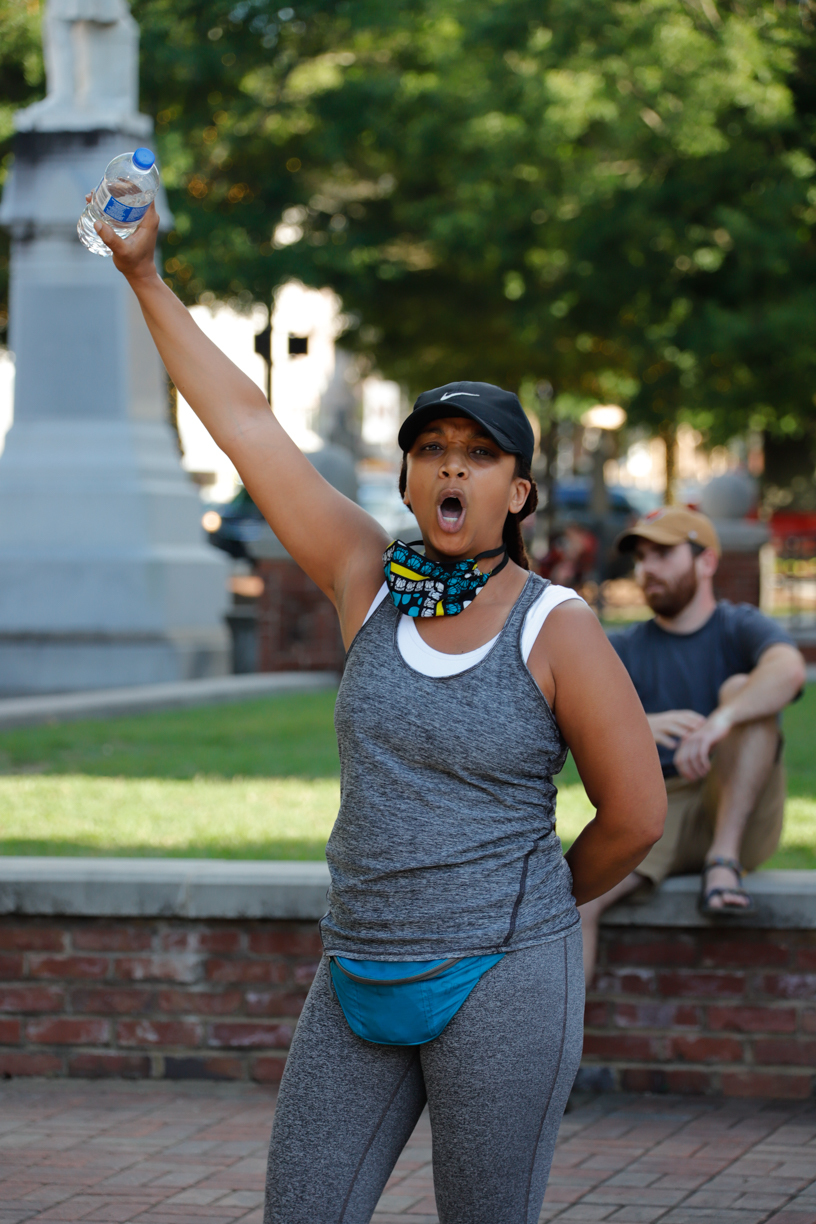 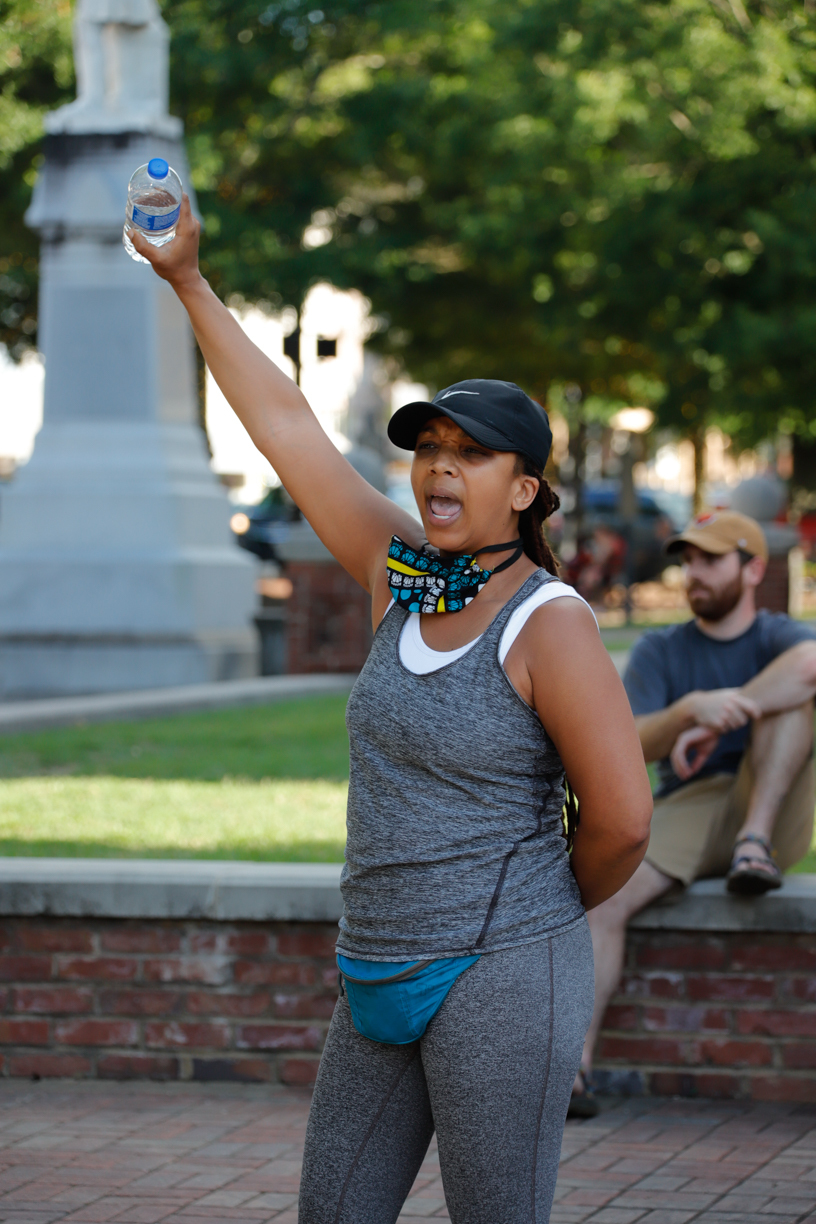 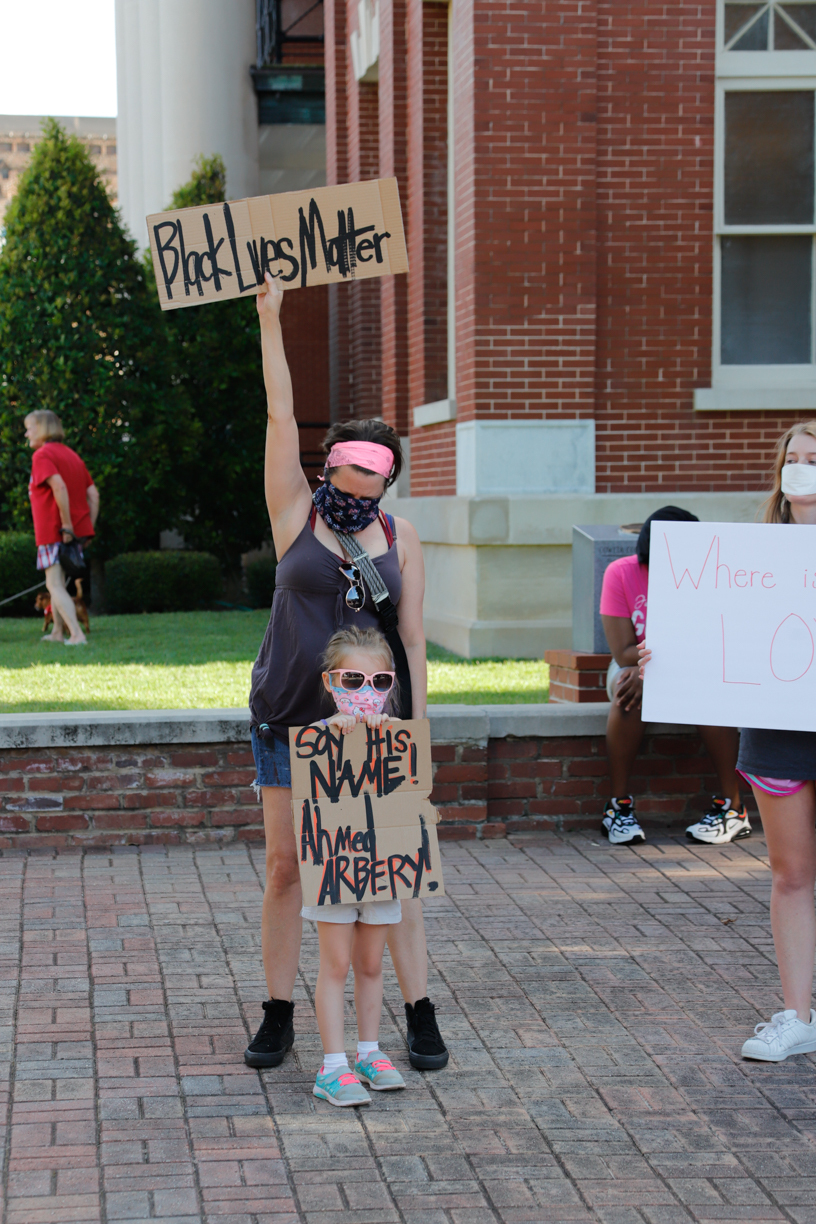 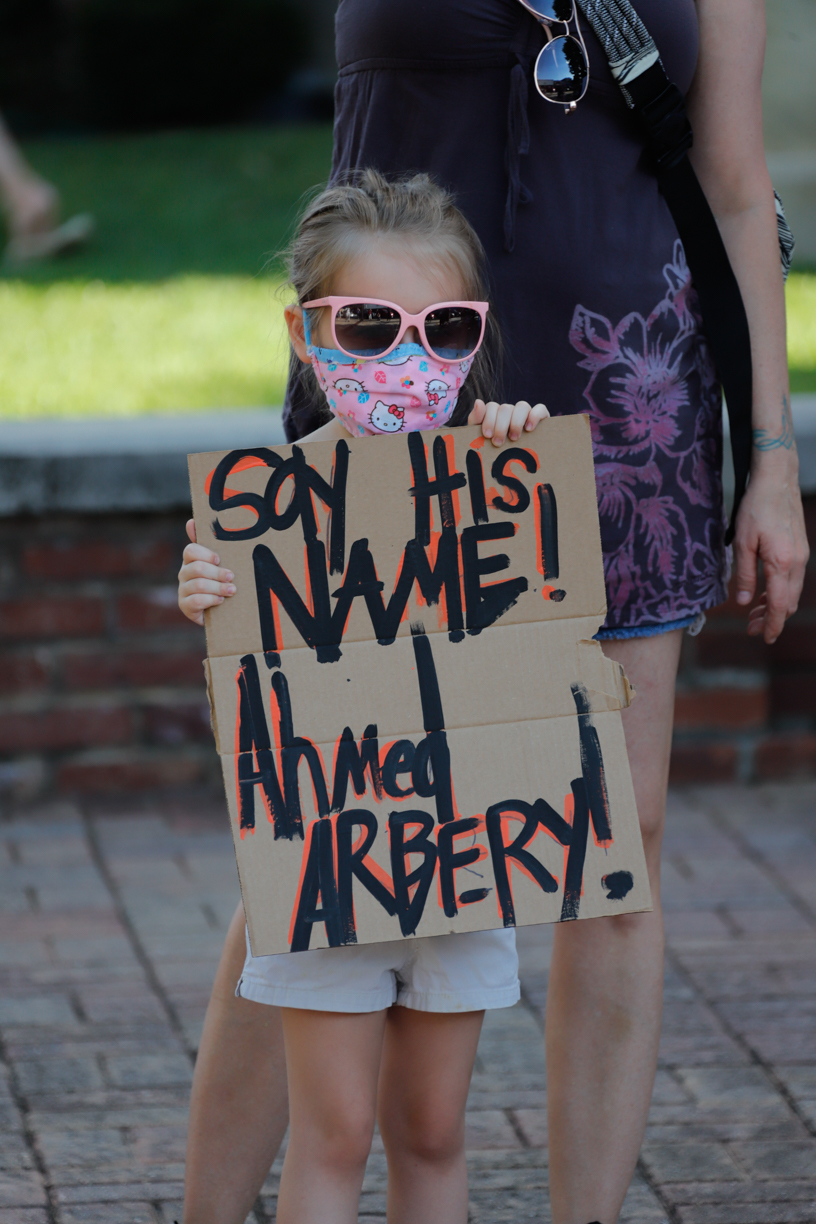 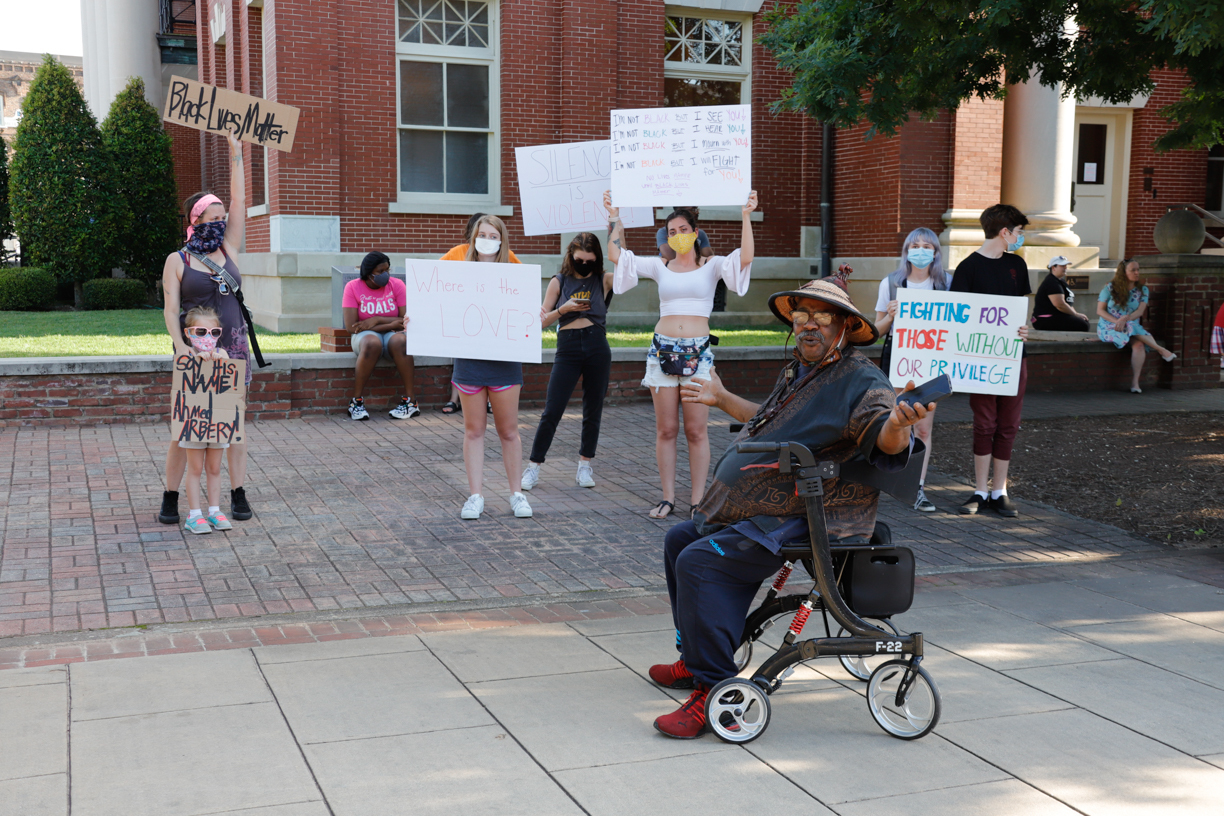 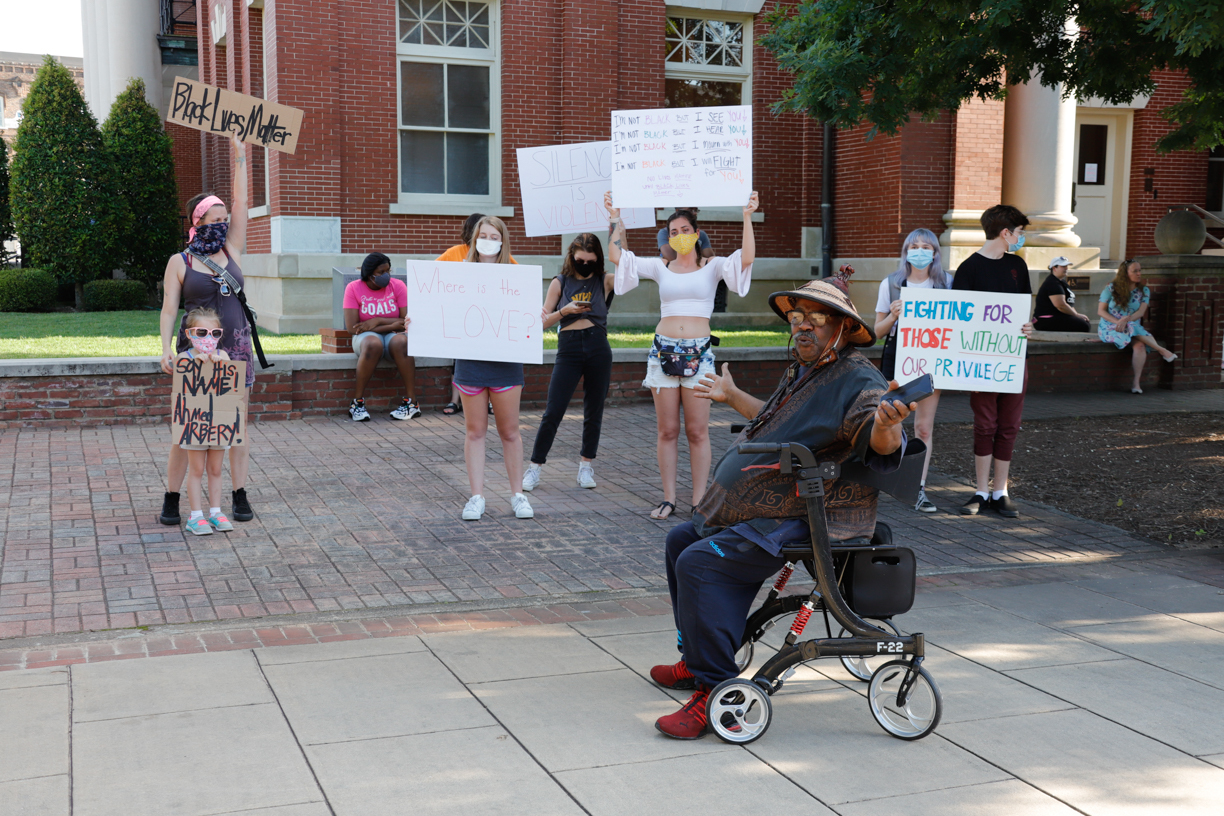 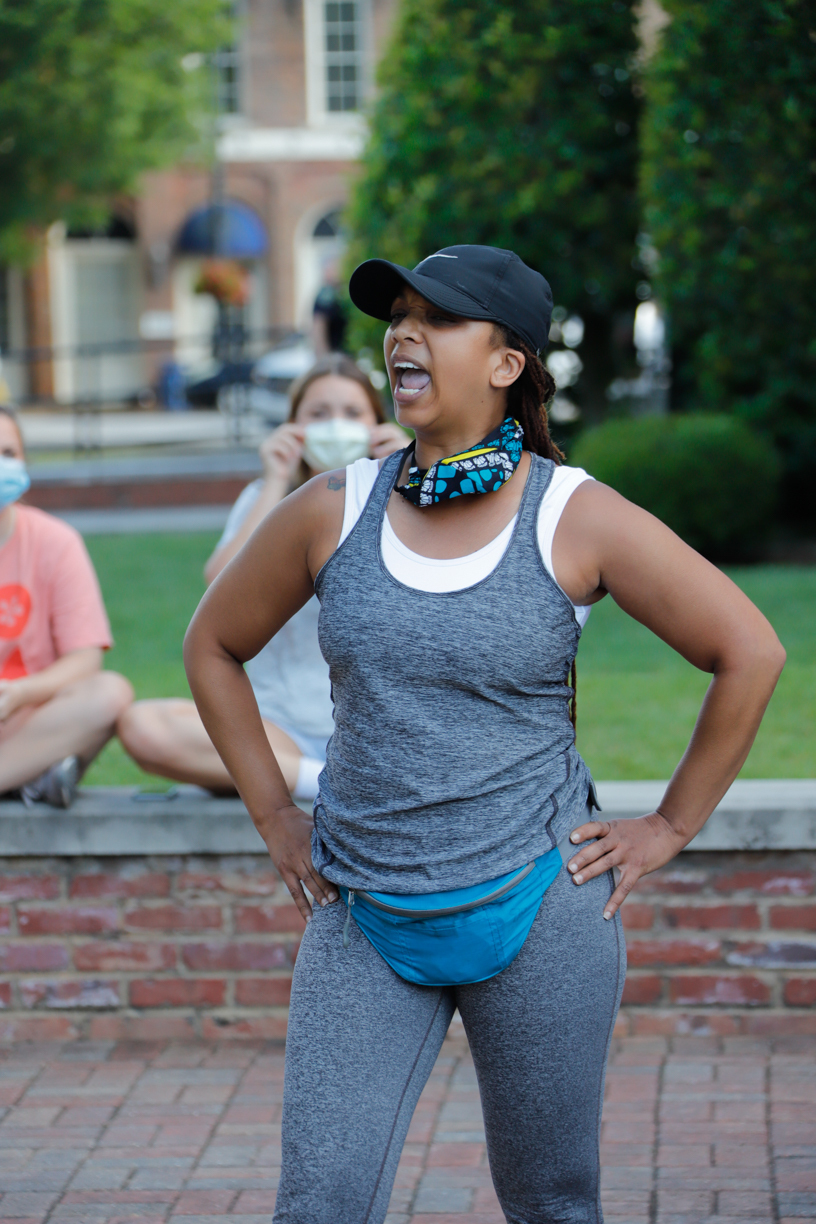 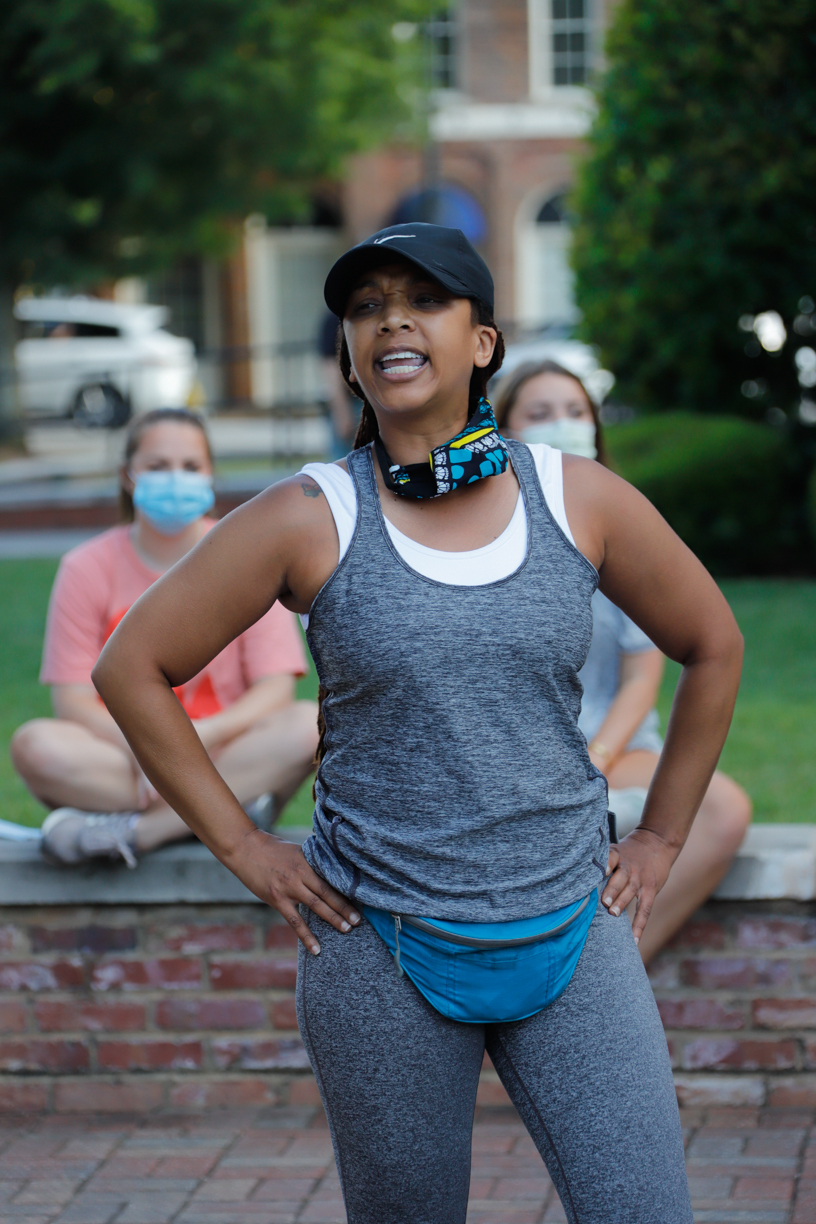 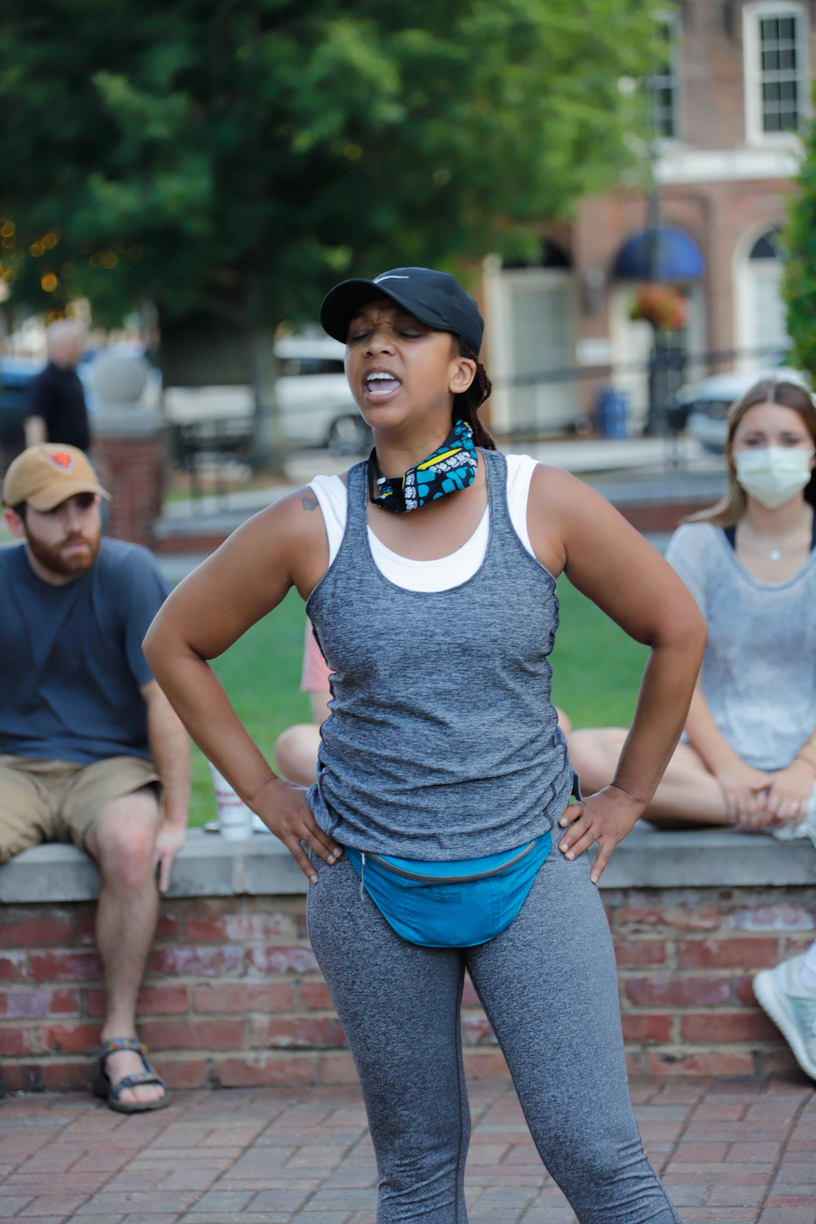 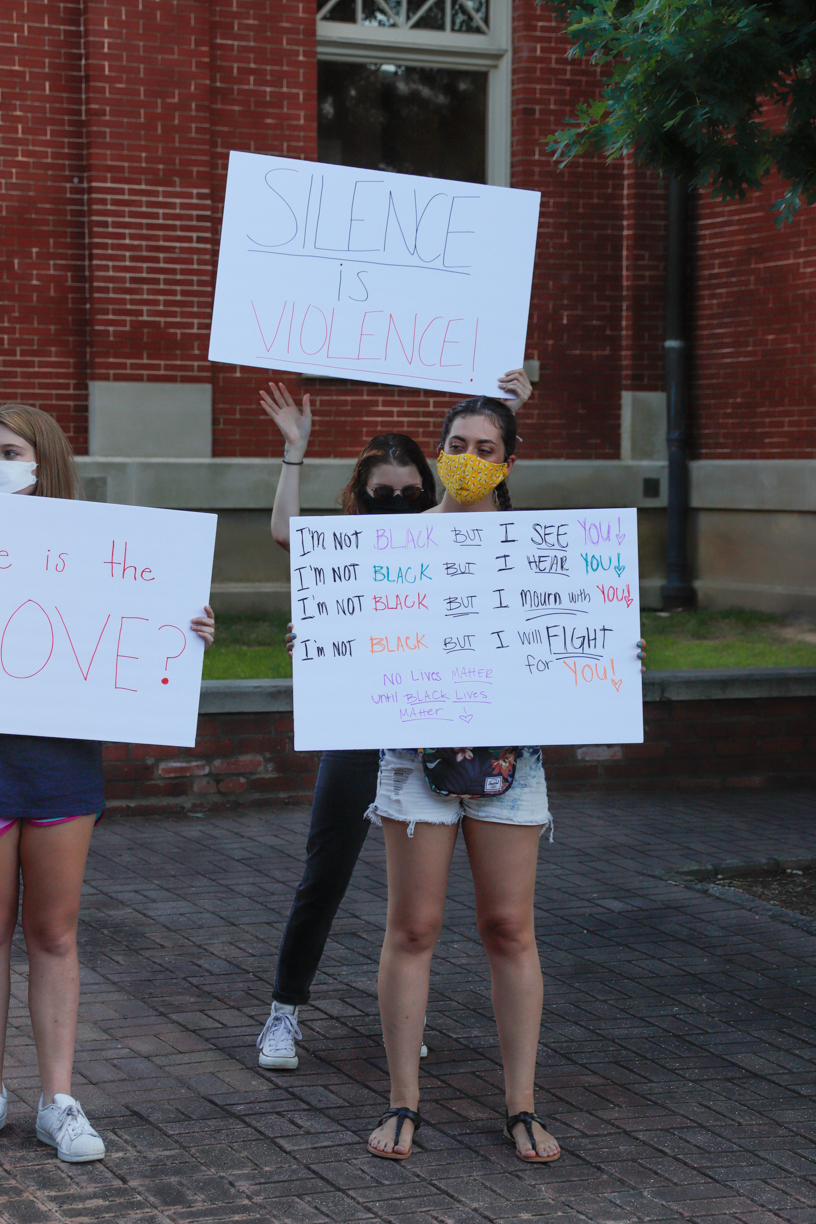 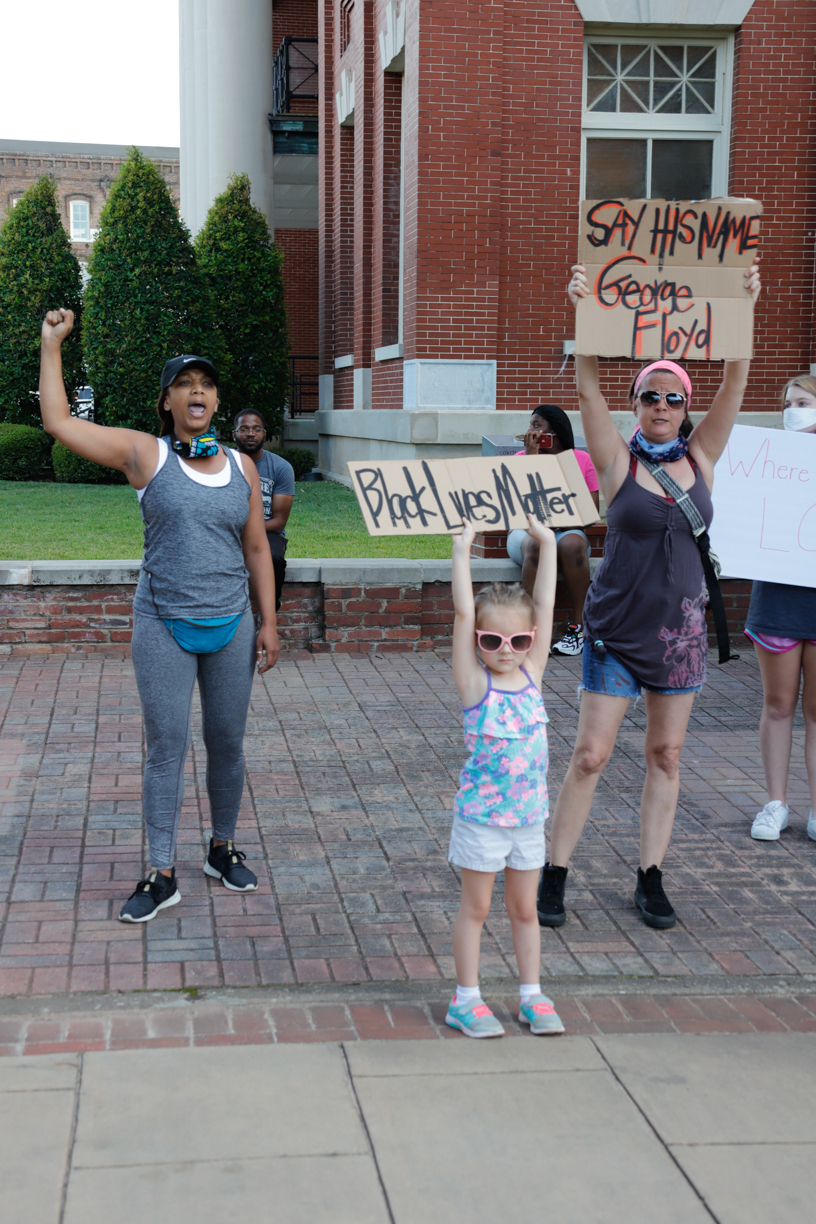 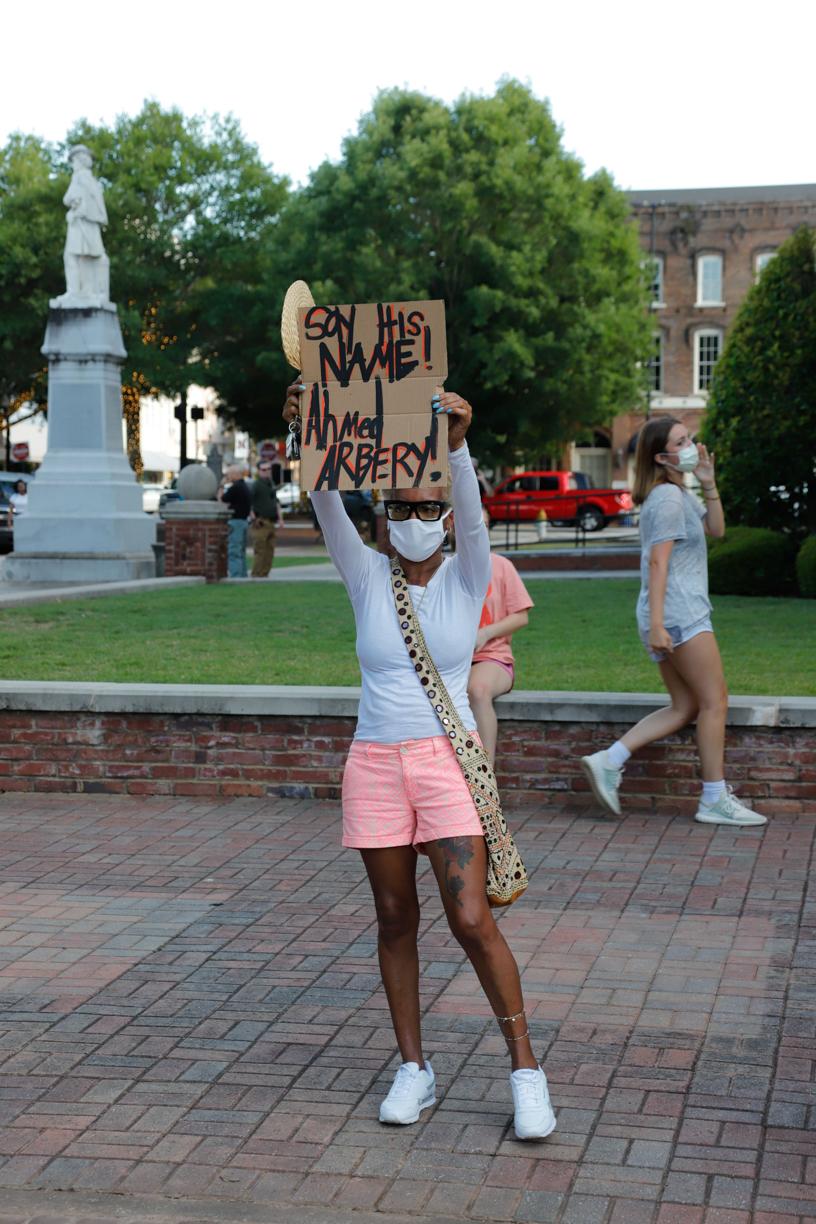 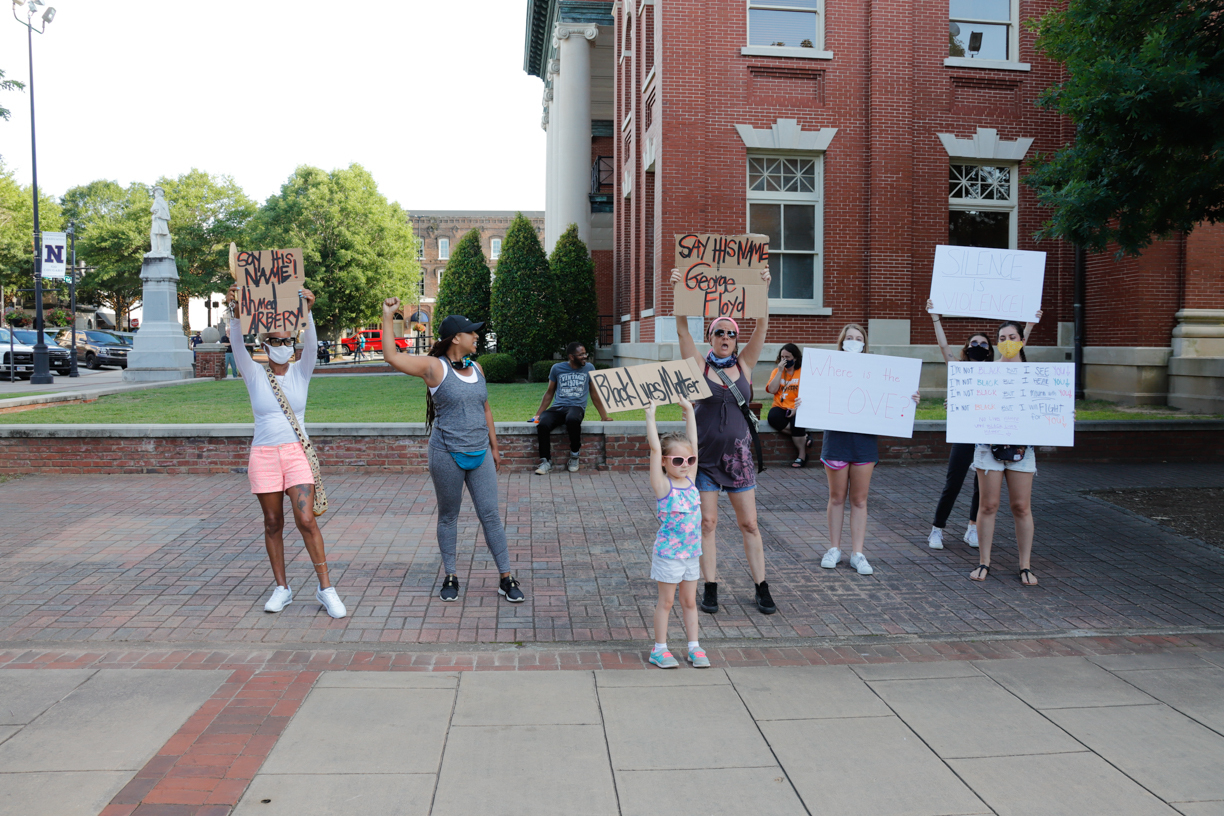 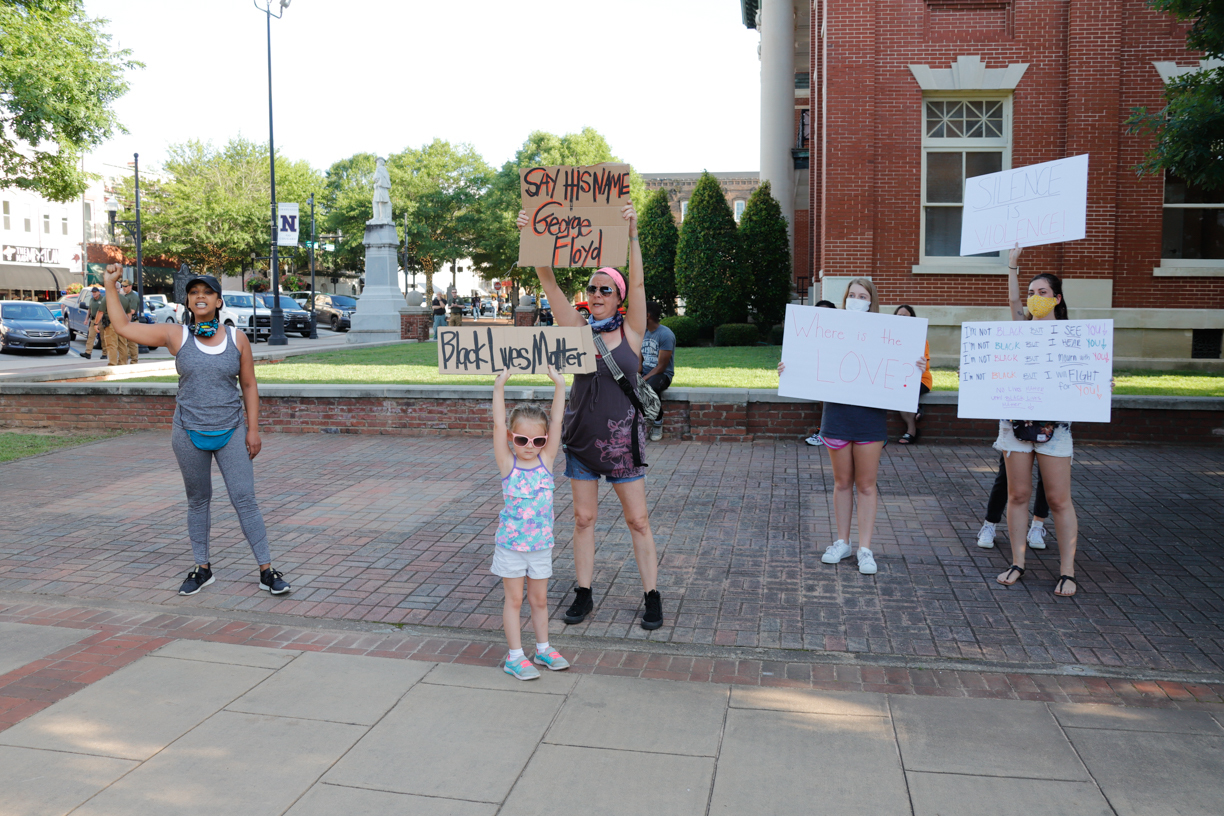 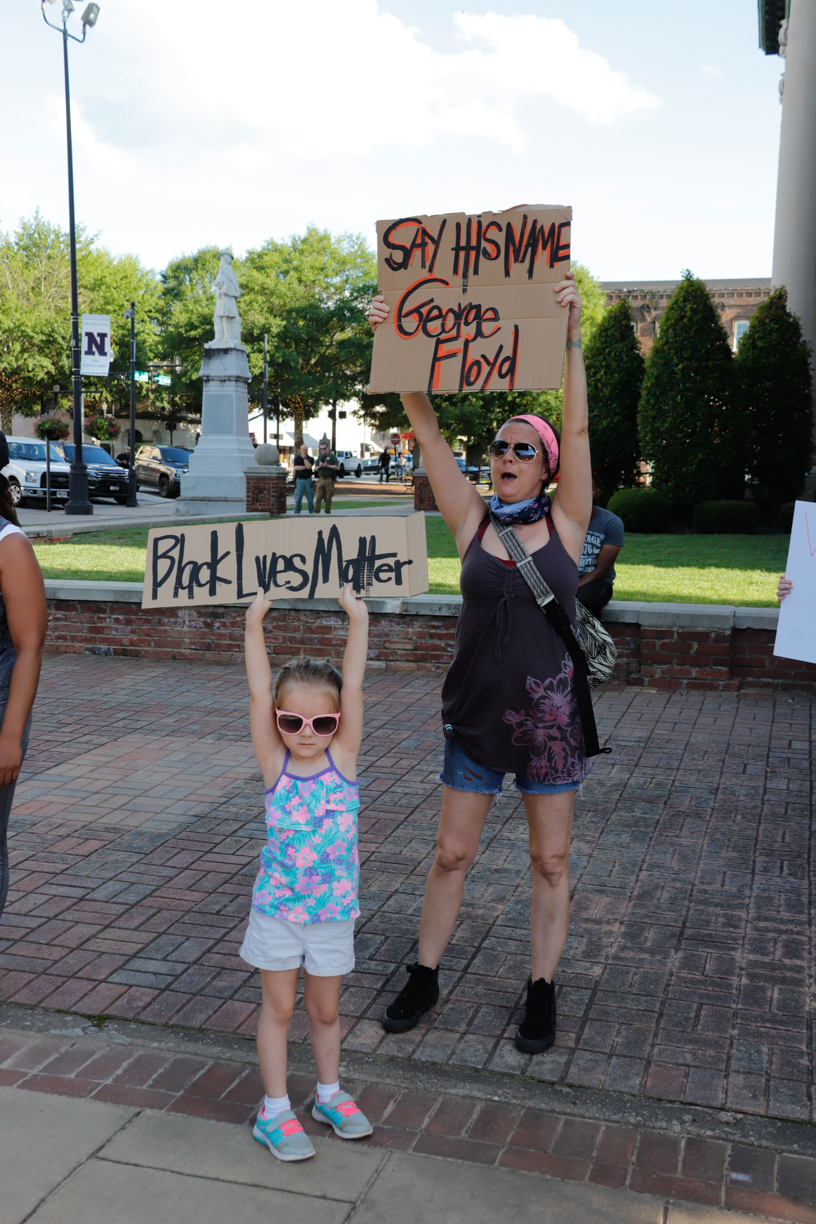 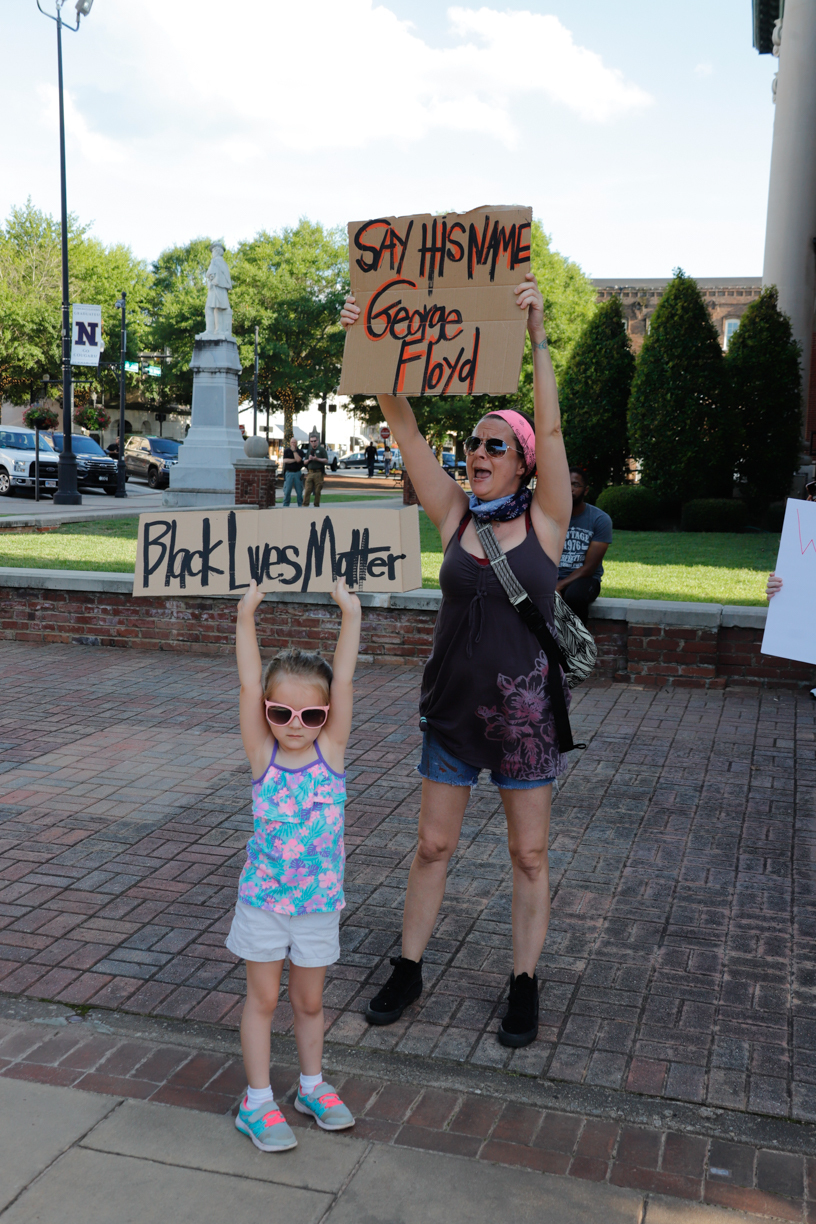 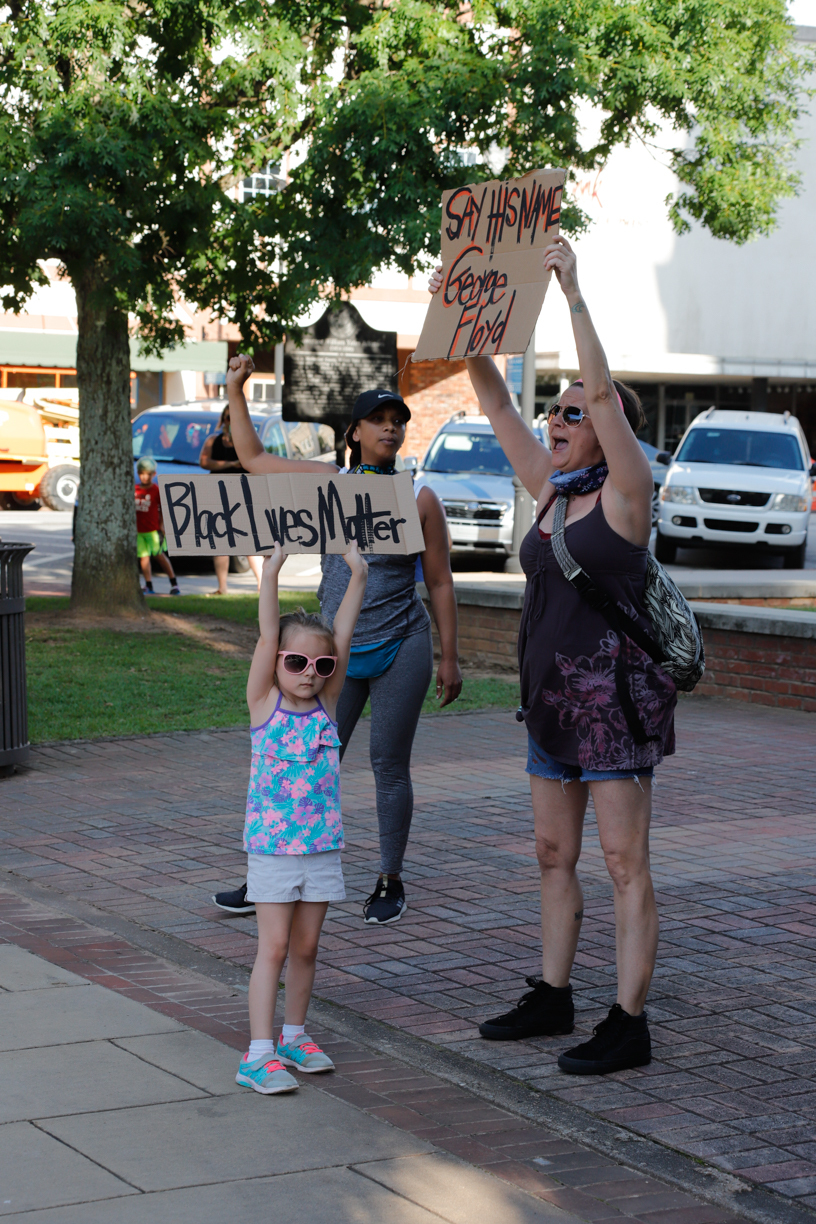 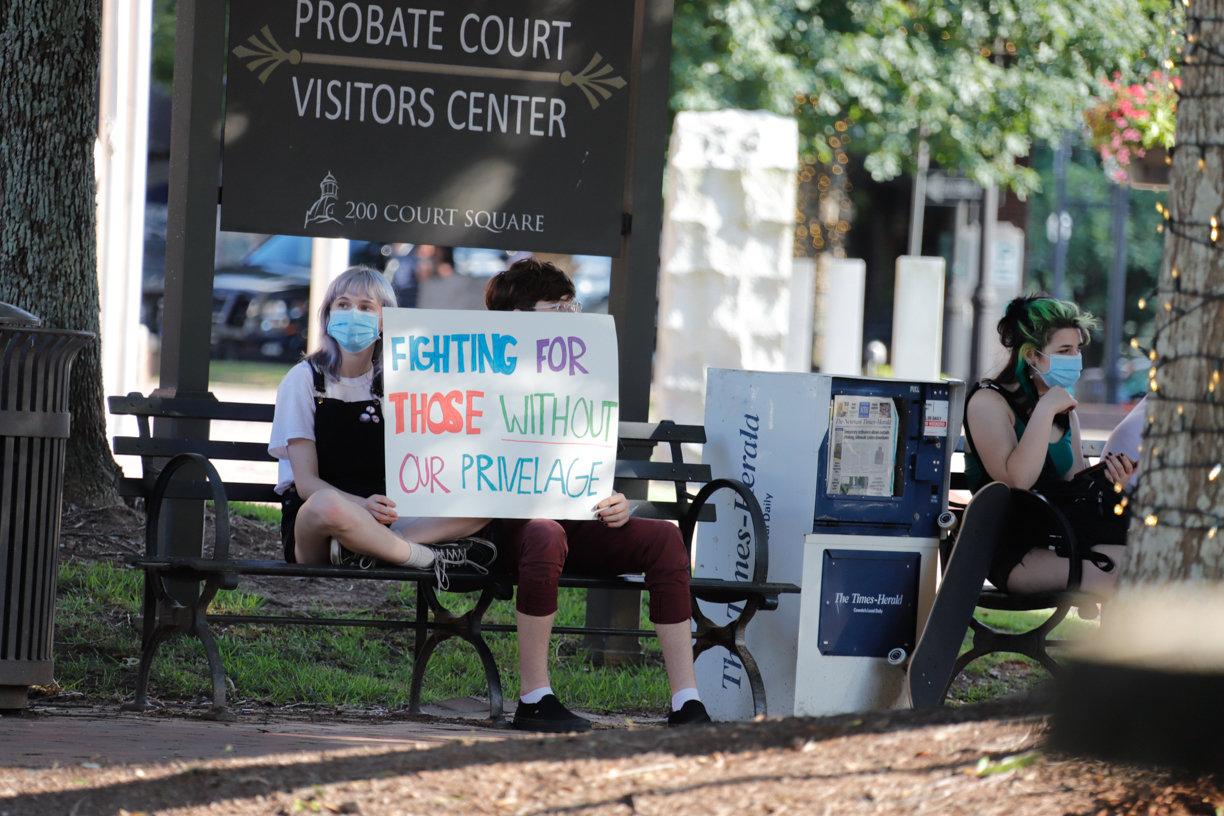