The 19-year-old daughter of veteran short tracker Oliver Gentry picked up the laurels in the Charger feature as she led the field from green flag to checkered flag.

Gentry is no stranger to winning races as she has won the Great Race (road rally) twice including last year’s 2,300 mile trek in the expert division. But, this was her first win in a dirt car that is similar to a racecar her father has been wheeling for so many years.

Gentry was one of four first time winners at the 3/8ths mile clay oval in Senoia. The track continues to operate without fans in the grandstand, but viewers from across the nation were tuned in on a pay-per-view telecast.

“We will keep racing without fans until the state sets the guidelines and allows us to open the grandstand,” said promoter Mayes Massey. “I know it is tough for the fans of the track. I hear from them daily asking about the talks with the state. They are anxious to get back out here.”

Also celebrating their first career trip to Senoia Raceway’s victory lane were TJ Joiner of Lithia Springs in the Hobby, Payton Stevenson of Locust Grove in another Charger main and Alabama’s Kirby Smith getting the best of the Hot Shot field.

Joiner has been working on a new car this past spring and winter finally being able to get it on the track. He battled with former Hobby track champion Ben Wells of Milner for a few laps before getting past him with a strong run to the inside out of turn four.

Joiner never looked back, earning his way to the winner’s circle.

Payton Stevenson’s run to the checkers was a bit more exciting as the teenager used a small opening between two drivers to shoot past into the number one spot.

Coming out of the second turn, Stevenson saw the middle lane open up as Canton’s Carson Nicholson and Stockbridge’s Conner Younginer battled on the top and bottom of the race track. Stevenson’s three wide decision was the difference maker as he held off the challengers the rest of the way.

In the Hot Shots, Kirby Smith struggled in qualifying and then found his groove when feature time came around. Smith used the highline around the track to his advantage moving past competitors that found the bottom groove to their liking.

It took the eventual winner thirteen laps to catch then leader Chris Elliott, but he shot past just before the final lap and then pulled away nearly scraping the outside concrete over the final circuit.

Macon’s Wiley McDaniel also found the most speed in the high line. McDaniel worked past Fayetteville’s Bailey Williams early on and then held on through a number of cautions to win the Late Model Sportsman race.

Senoia’s Dustin Smith waged war with Whitesburg’s William Blair and Gray’s Chas Haksins in the Bomber feature. The three swapped positions and lane choice throughout the first half of the race before Blair’s tires heated up causing him to fade back. Smith then pulled away from the previous Saturday night winner Haskins to post the win.

Senoia Raceway will return to racing action this Saturday, May 30th with racing scheduled in the Limited Late Model, Crate Late Model, Late Model Sportsman, Charger, Hobby, Mini, Bomber and Hot Shots. All classes will qualify and run features beginning at 6pm. The pits will open early and it is yet to be determined if fans will be allowed to attend. Track officials continue to work with state and county leaders on a re-opening plan that includes the opening of the grandstand for race fans.

“We will continue to discuss the grandstand reopening with proper officials,” said Massey. “The state order for live entertainment venues expires the week of our next race. Hopefully the current openings will show a trend of safer environments and we will be allowed to open for the fans.”

To keep track of the latest developments for racers, crew members and fans, the track recommends continually checking their website at www.senoiaraceway.com and following their Facebook page, Twitter feed and Instagram shares. You can also call the speedway at 770.599.6161.

All photos courtesy of Chris Martin 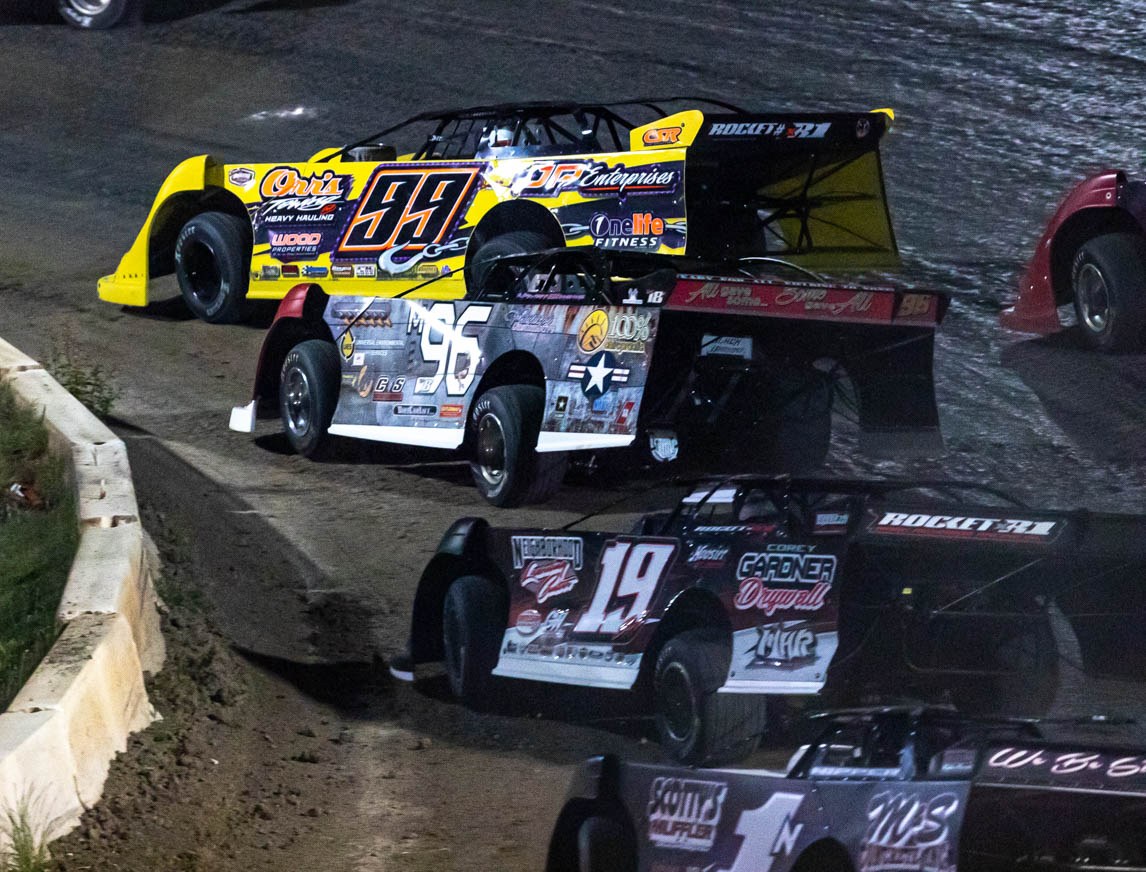 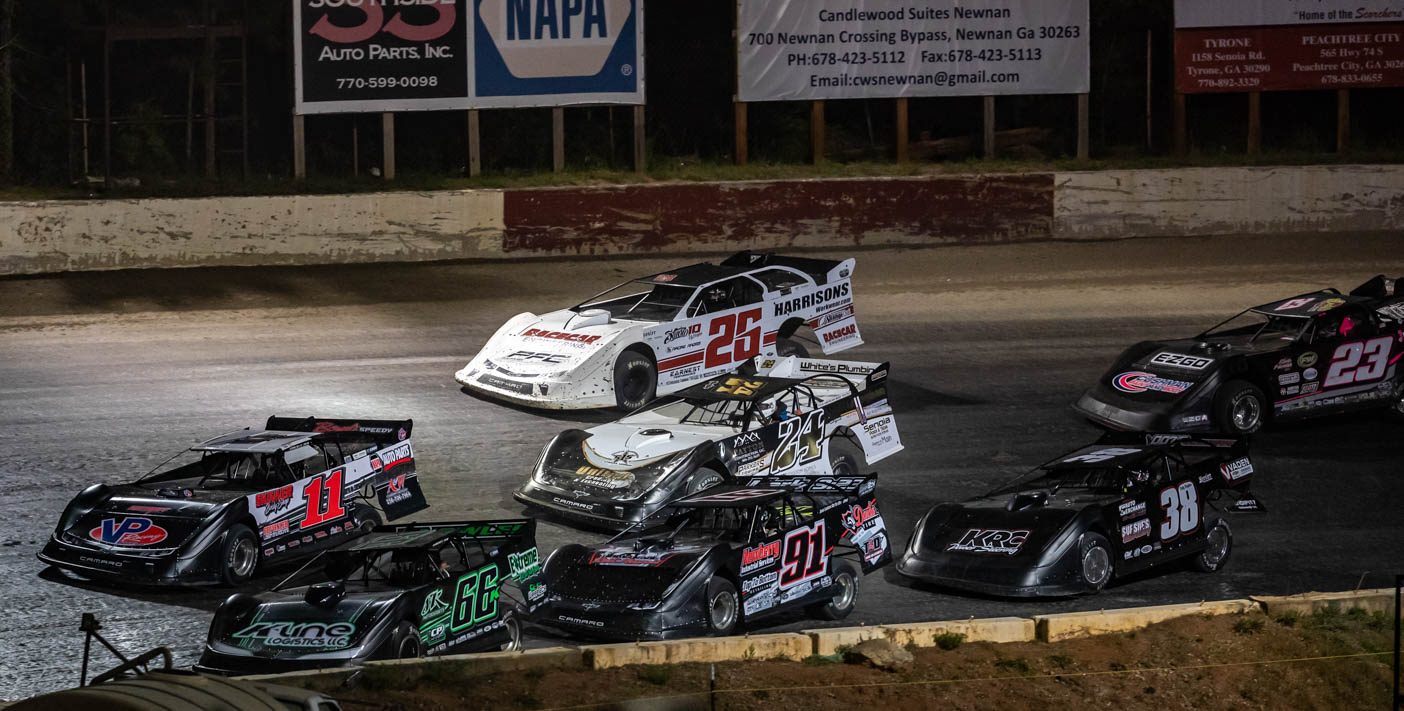 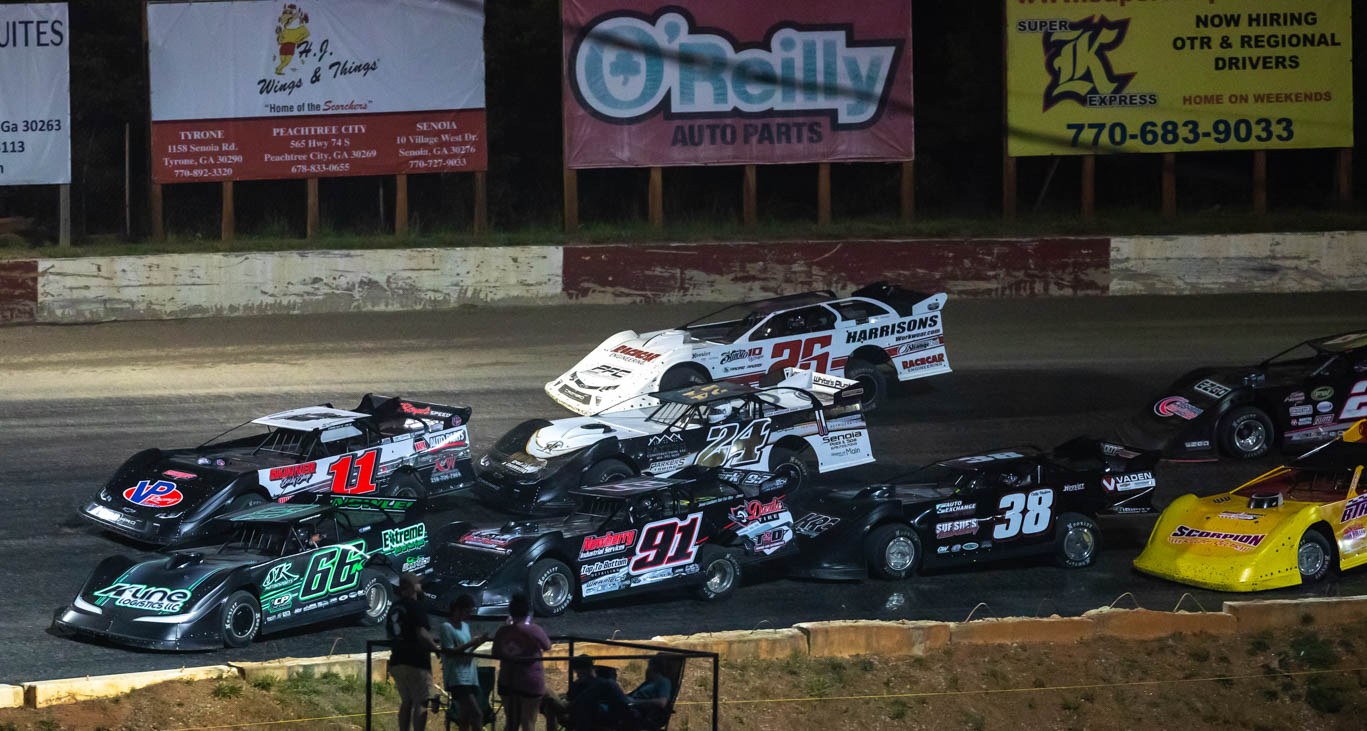 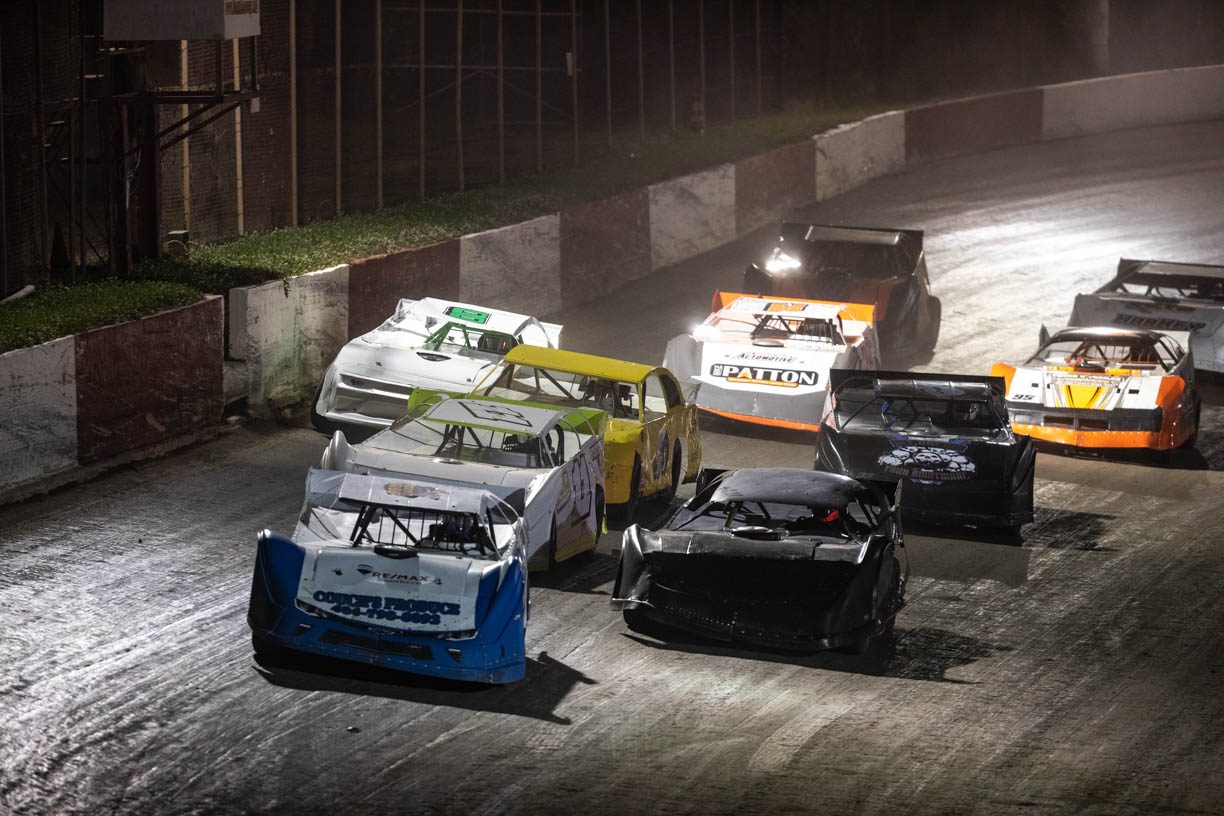 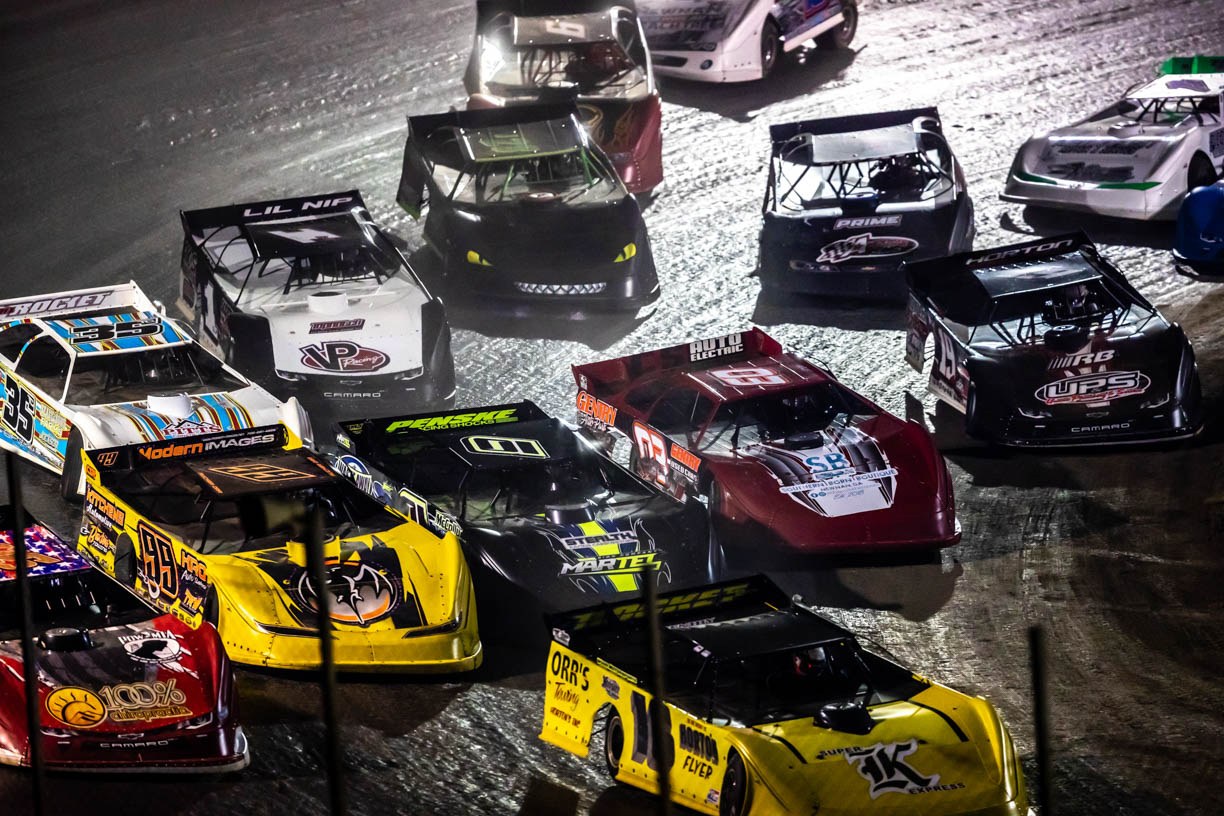 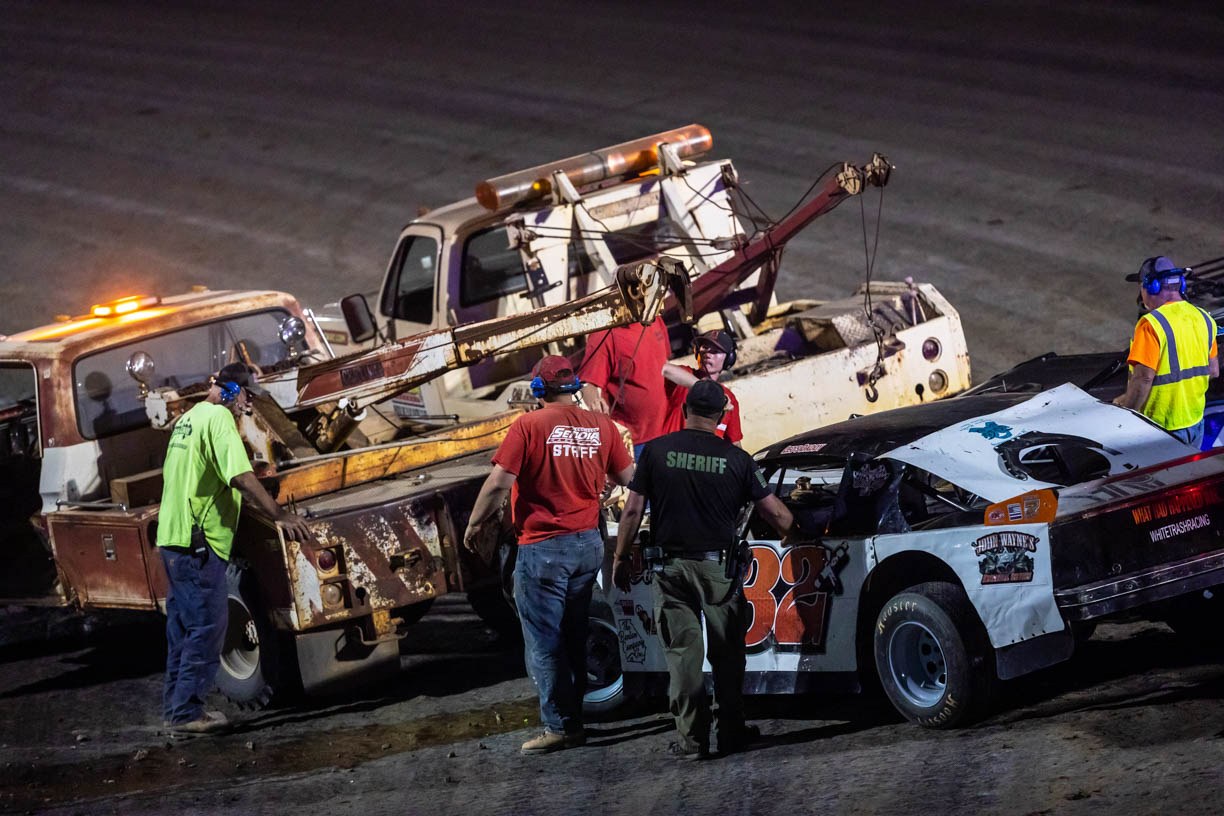 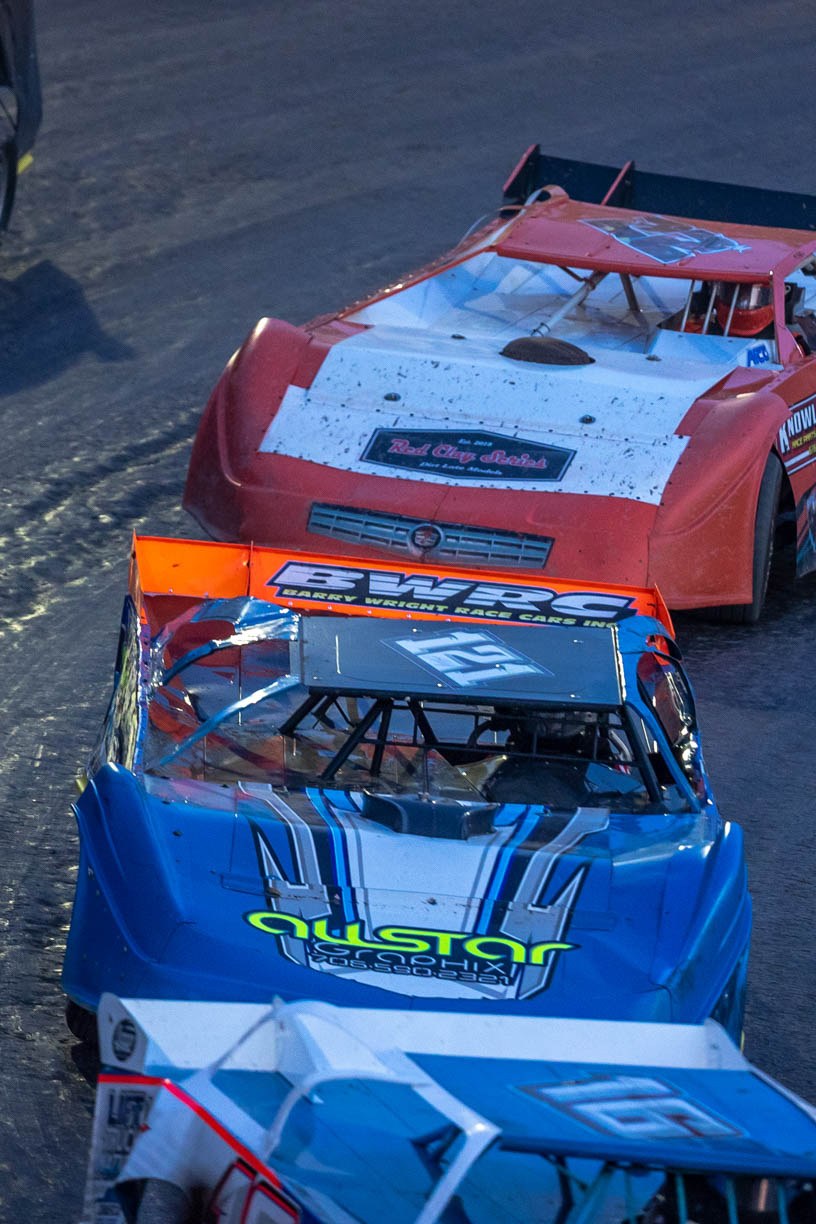 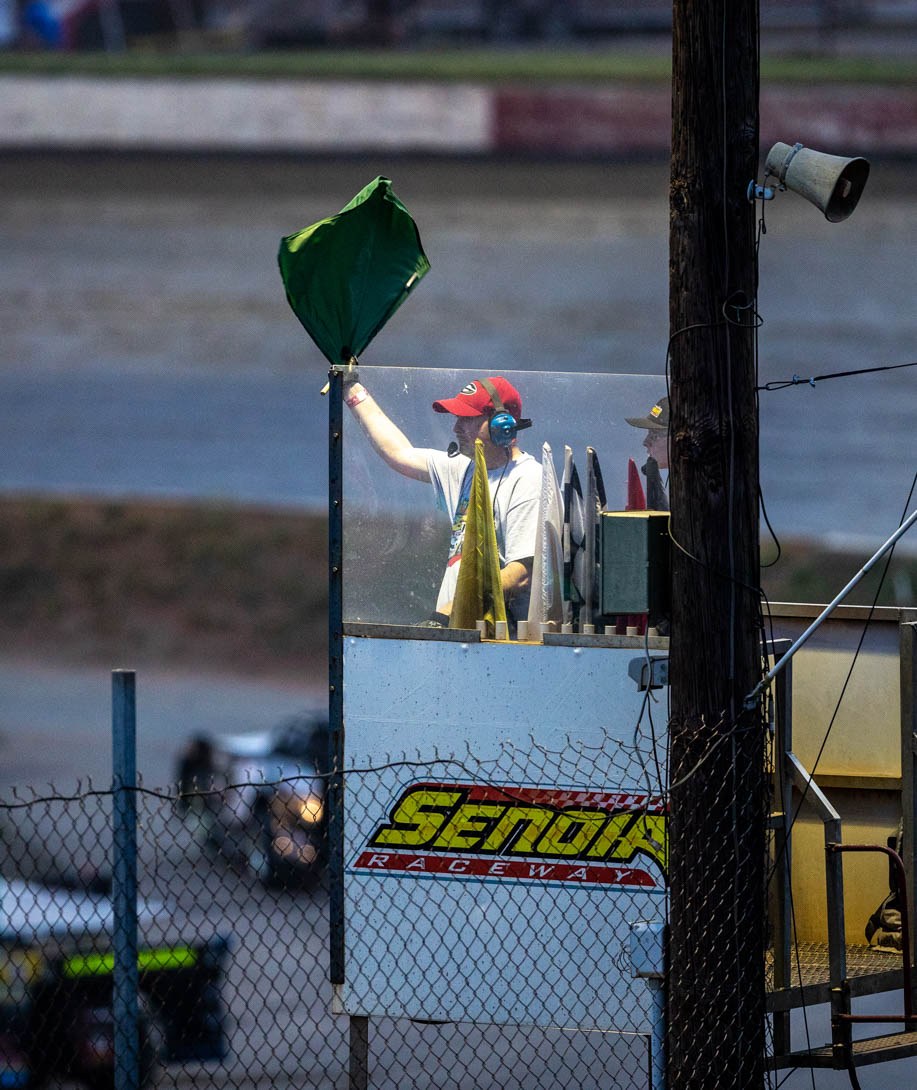 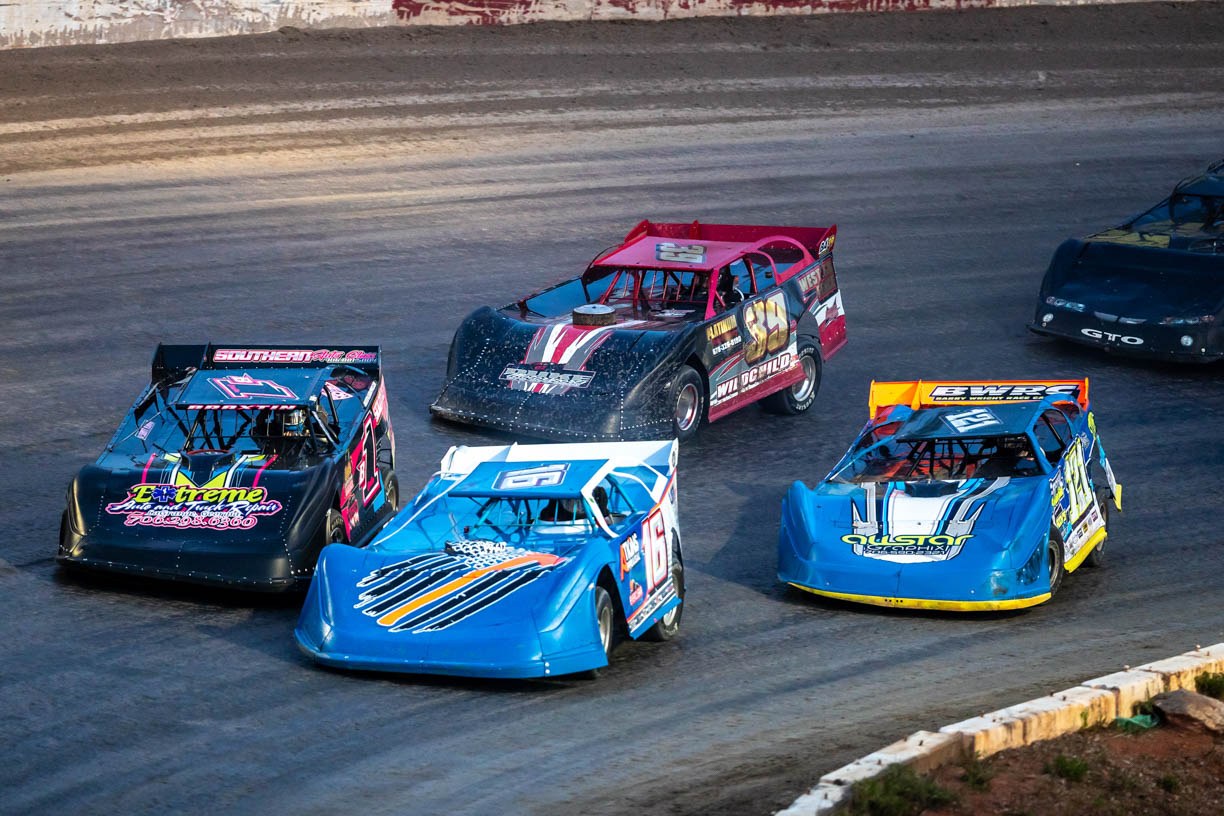 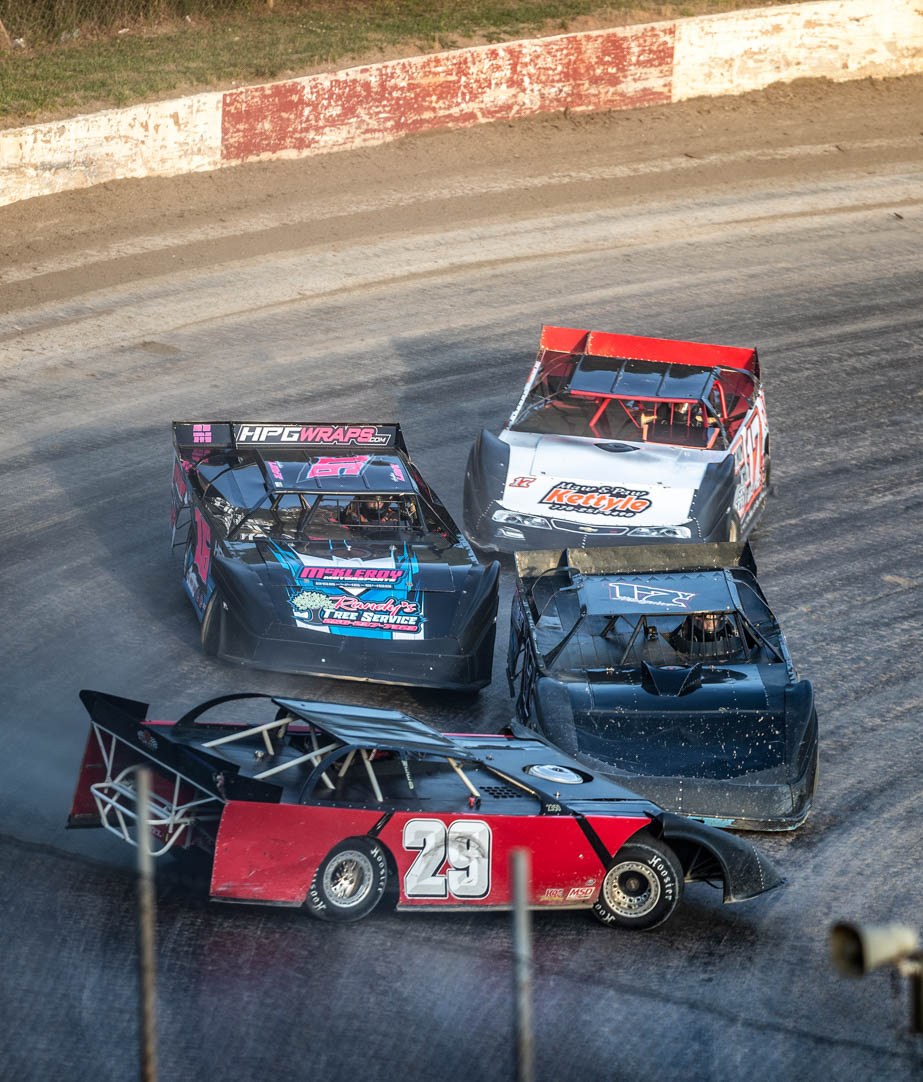 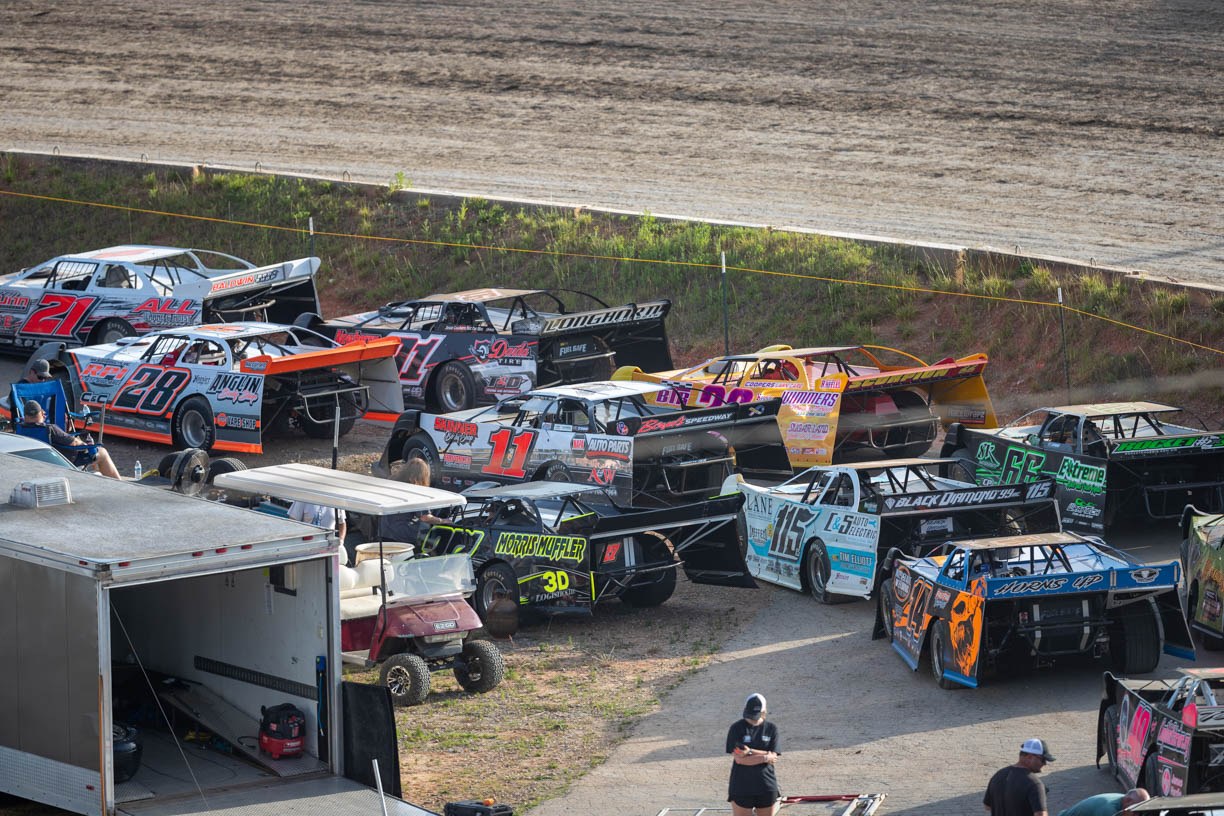 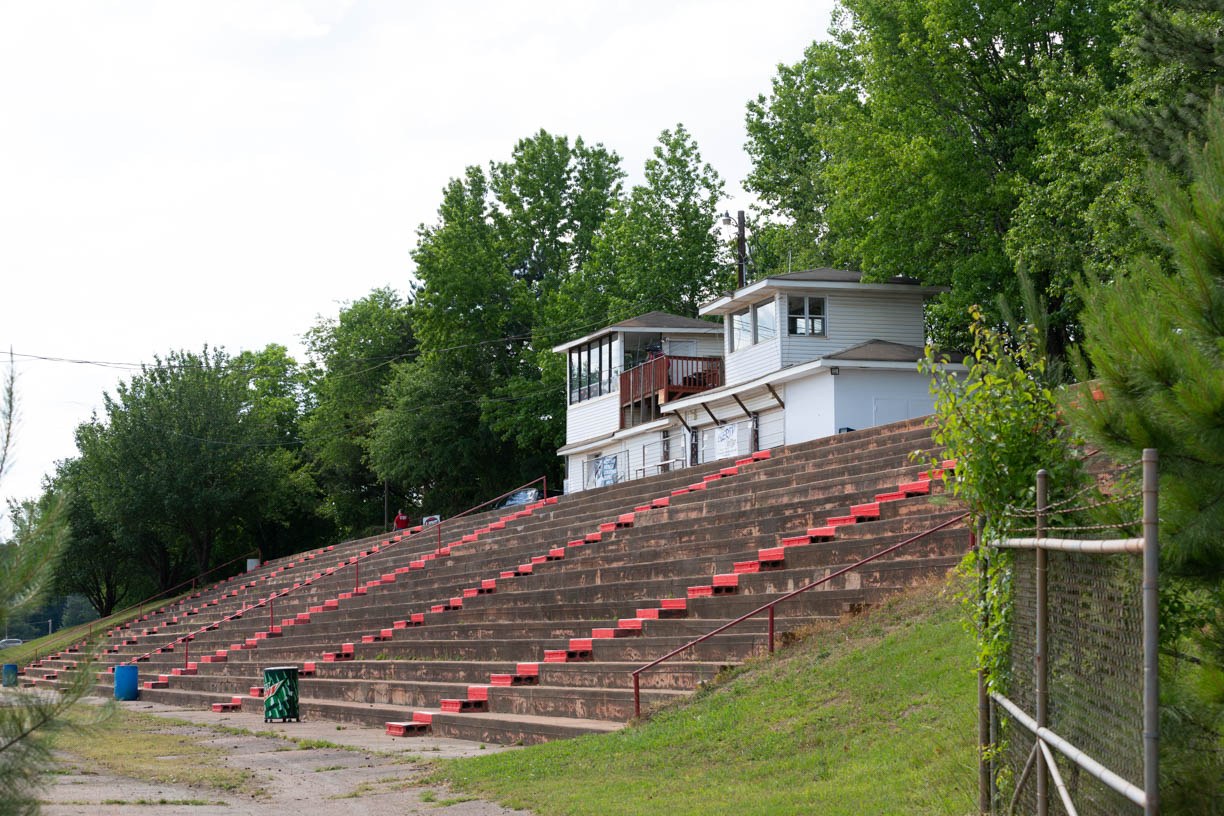 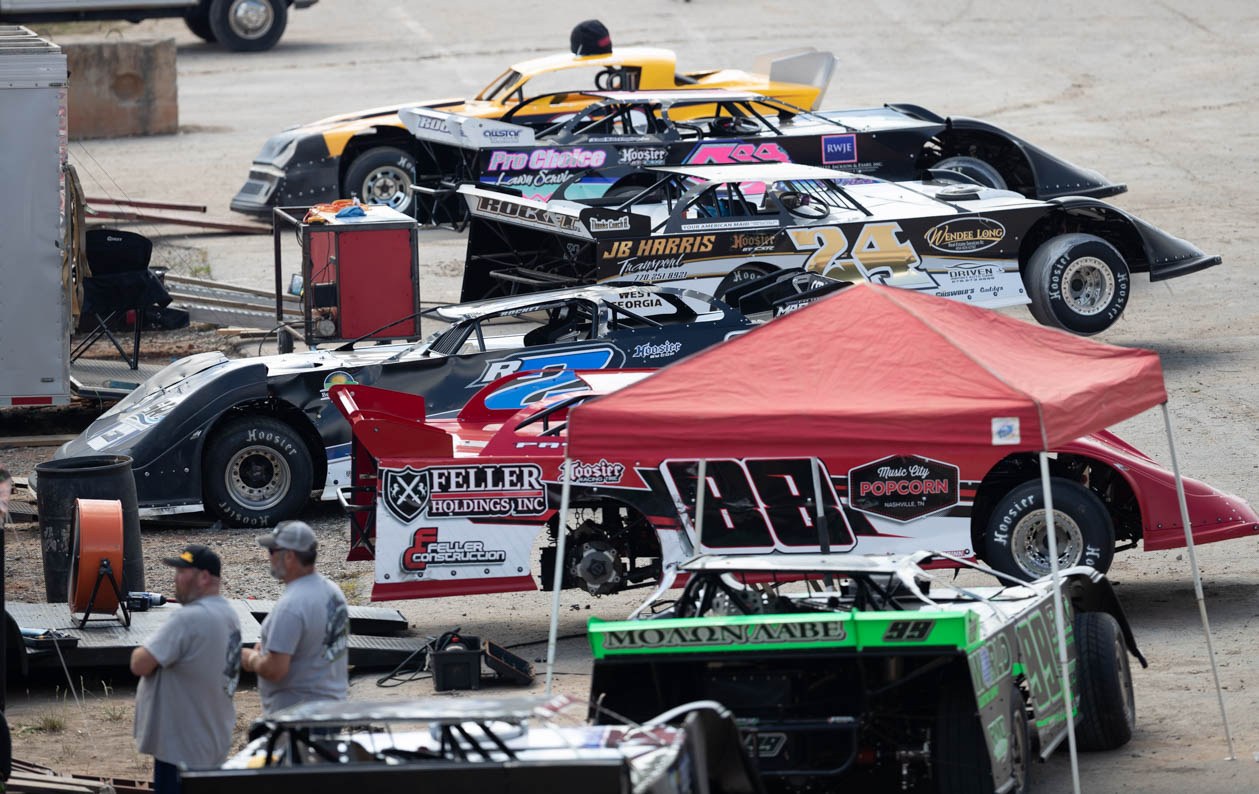 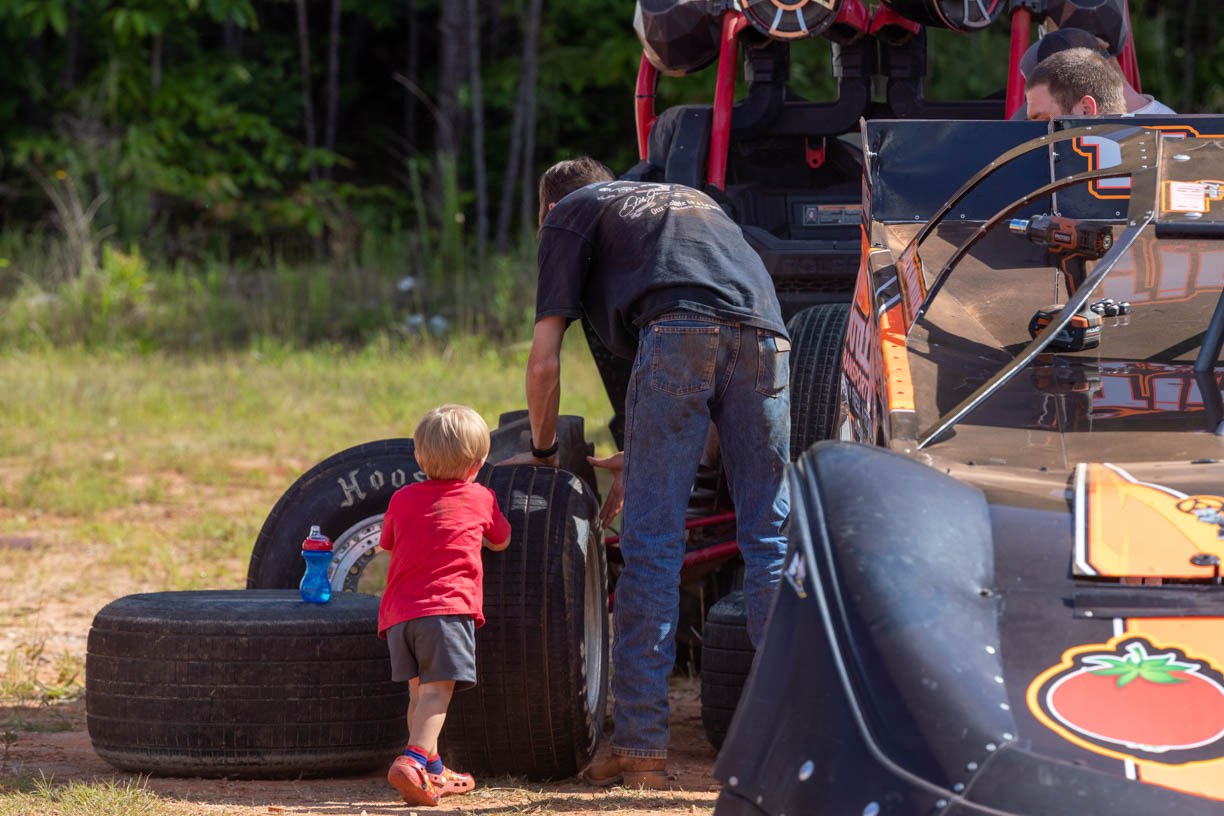