From Newnan to the Major Leagues

By Rob Grubbs, special to the NTH

Before television brought baseball into living rooms across America, minor league baseball was the king of summertime family entertainment.

Every city and town boasted their hometown team, spent hot summer days and nights at the ballpark, rivaled with neighboring towns and ultimately built memories and history that have survived ever since.

Newnan had two entries of professional baseball to call its own in what was called the Georgia-Alabama League.

The competition level was at the lowest for the minor leagues at the time, but it was something Newnan residents called their own. Newnan first joined the league in 1913 with the Newnan Cowetas and the residents were treated with a summer to remember in 1915.

After a slow start, Manager Harry Matthews watched his team erase a 13-game deficit in a month to claim the league title. While the city enjoyed the championship run, the fans were even more proud to follow some of the same cast of characters as they went on to bigger and better things.

Straight to the Majors

The Cowetas 1915 fortune improved after they acquired a tall, lanky right-hander from the Talladega team, Jack Nabors. His exploits put Newnan in the national spotlight on June 30, 1915, when he pitched a 13-inning no-hitter against his former team. Nabors was dominant and many fans came to see the Cowetas play just to get a glimpse of famous baseball scouts who had ventured into town. After finishing the season with a 12-1 record, Nabors was signed to a major league contract by the Philadelphia Athletics and reported immediately.


Just a month removed from clinching the league championship at Lee Park in Newnan, Nabors took the mound as the starting pitcher for the A’s on August 9. They faced the Chicago White Sox at Shibe Park in Philadelphia. Although he suffered some early jitters, he pitched a complete game and lost 8-4. He failed to win a game down the stretch in 1915, but his strong promise made him the opening day starter for the A’s in 1916 against the Red Sox, who had Babe Ruth on the mound.

That year was tough for Nabors — he finished 1-20 and was out of baseball just a year later. 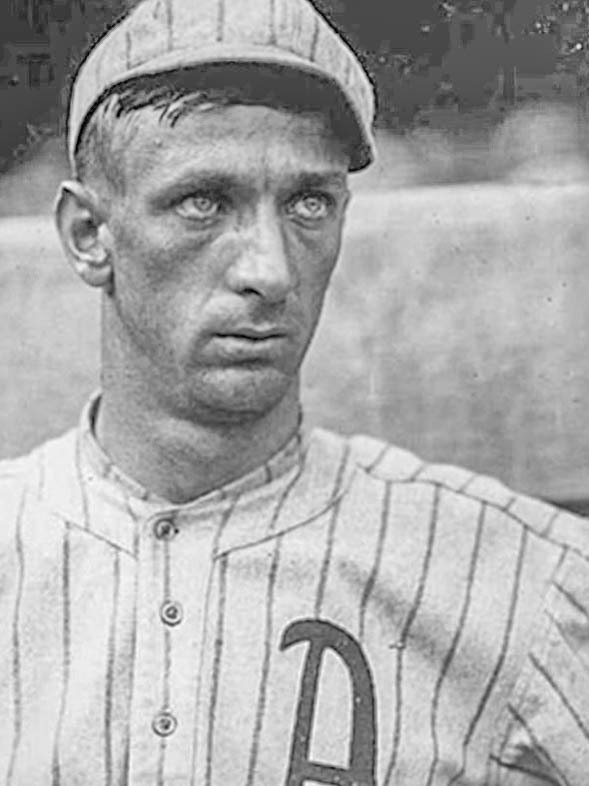 Coaching the with the Yankees

The best way for a minor league team to capture the imagination of a town is to identify with a fiery, rough-n-tumble manager. Newnan Cowetas president J.T. Williams, who was also the head of Newnan’s Coca Cola Bottle Works, hired just the man for the job: Harry “Smutter” Matthews. Matthews was born just outside of Cincinnati and grew up as a catcher in cities across the south, including Atlanta and New Orleans.

He had worked magic the season before in Newport News, Virginia, where he took the reins of a team that lost its first 19 games in a row and guided it to a 53-64 finish. He worked the same magic in Newnan in 1915, managing the team to the championship. On the final night of the season, the Newnan faithful passed the hat and gave Matthews a $50 bonus for his efforts. He told the crowd that night that Newnan was by far his favorite town to work.

After the season ended, he took most of the Newnan players to Gastonia, North Carolina to play in a different league. Eventually, he took over that team and finished out the year, guiding them to the 1915 Western Carolina League pennant. Two pennants in one season gets a baseball man noticed for sure.

He returned in 1916 to pilot the Cowetas again, and then moved on after Newnan lost the team. Other stops included Griffin, Atlanta and Birmingham before he made the majors as well, as a coach with the Cleveland Indians and later with the New York Yankees.

Ended up in Cooperstown

The Cowetas made another pitching pickup during the 1915 season when they brought left-handed pitcher Bill Terry. Terry grew up in Atlanta and signed with the hometown Crackers at 16-years old. He was assigned to Dothan to start the year, but after a miserable start, he was unconditionally released. Matthews saw something and brought him to Newnan.

It was an instant turnaround for Terry; he finished the year 7-1 and with the scouts flocking south to see Nabors, Terry was getting exposure as well. He matched Nabors’ no-hit effort in July, albeit a traditional nine-inning affair. The sky seemed to be the limit, and in 1916, Newnan sold him to Shreveport to continue his journey.

As with most, baseball careers can take unexpected turns, and Terry’s was almost an about-face after legendary New York Giants manager John McGraw saw Terry pitch in for an industrial team in 1921. McGraw was impressed, but not as much with Terry as a pitcher but as a hitter. 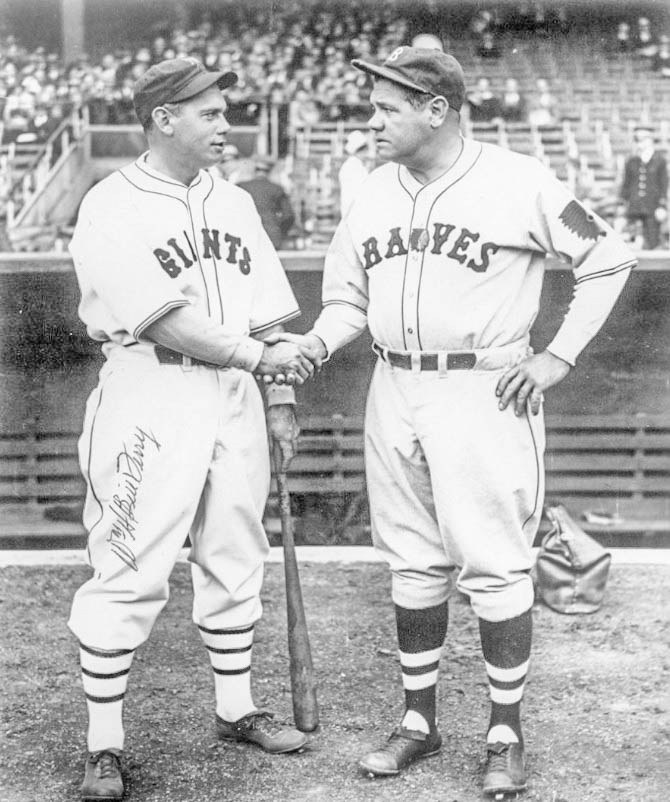 Terry spent the next two seasons with the AAA Toledo team, where he hit .336 and .377 respectively — a far cry from the .158 he hit in Newnan just seven years earlier. His coming out party was the 1924 World Series, when he led the team with a .429 batting average.

Terry finished with 14 seasons as a player with the Giants, where he hit a career .341, which is good for 15th on the all-time list. He also assumed the manager duties in 1932 and led the Giants to the 1933 World Championship as a player/manager. He received the ultimate reward when he was elected to the Baseball Hall of Fame in 1954.

In all, three players from the 1915 Newnan team made the majors. Outfielder Don Flinn played in 14 games with the Pittsburgh Pirates in 1917 to join Nabors and Terry. 1915 was quite a year; the Newnan fans had tons of memories to hold on to. They would need it, because professional baseball would leave after the 1916 season and not return for 30 years. Luckily, there is not an expiration date on memories, they get better every time the story is told. 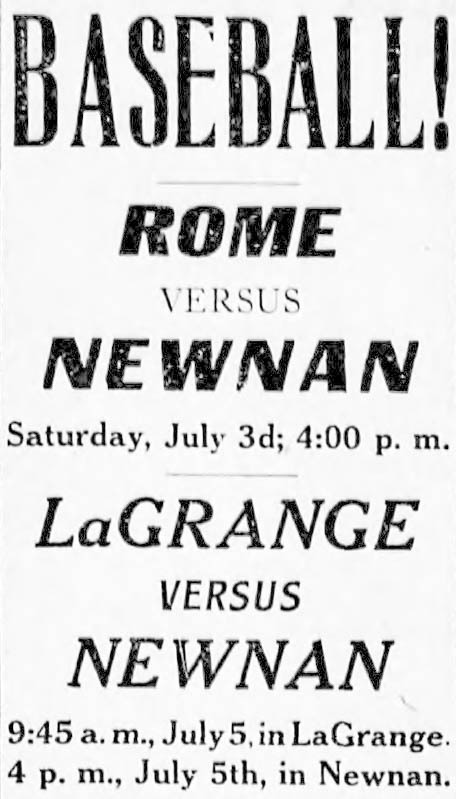 Rob Grubbs is a lifetime Georgia resident who enjoys listening to memories and telling the stories they leave behind.