An arrest constitutes only the initiation of charges, and those arrested are presumed innocent unless or until proven guilty in a court of law.

All persons arrested, except those held by orders of the magistrate or those arrested for violation of probation, are released from custody after posting bond or paying a fine.

The following arrest bookings were listed in the Coweta County Jail. The arresting departments are noted: 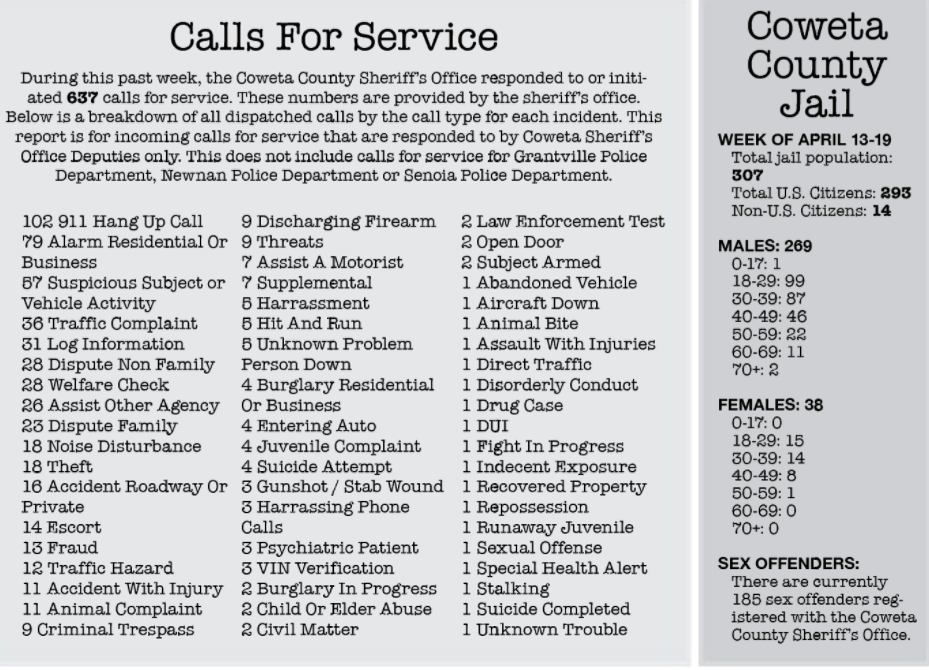 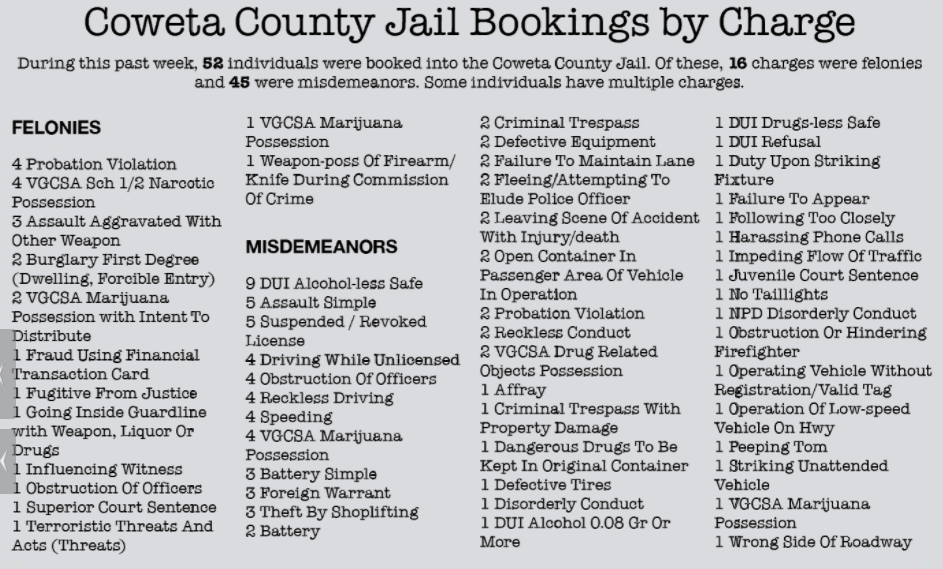