Heirloom Market selling donuts for a cause

Mollie Burch on fashion, mission of her brand

Seeking stories of the fallen

Bahar Bingol Gjuka is not above crashing a wedding if it means collecting traditional Turkish music to share with other cultures.


In fact, that’s exactly what she did in Macedonia, where she spent two months as part of a research project for her master’s degree in music folklore.

“I went to villages and recorded songs,” said Gjuka, a research musician. “I visited people’s homes and went to weddings, and I created my research data by dates and venues.”

Gjuka spent five years in her native Turkey studying music for her undergraduate degree, but said she came to the realization that she wasn’t quite finished with her studies.

“Music is not just about performing or listening,” she said. “It’s also about cultural values, history, science – like acoustics, new areas like sonic arts and music engineering. I was fascinated that there are so many things in this field, and I wanted to learn about the history and the aesthetics. I was especially fascinated with the cultural values and how music forms inside it.”

She chose to study music folklore in Macedonia, where she also ended up meeting her future husband. After completing her masters, Gjuka was accepted into the University of Calgary’s Ph.D program and eventually landed in Newnan, working on her doctorate remotely while her husband and his brother operate a restaurant in Ashley Park.

“I don’t know if it was a wrong turn or a right turn, but there’s definitely a turn in there somewhere,” she said with a laugh. 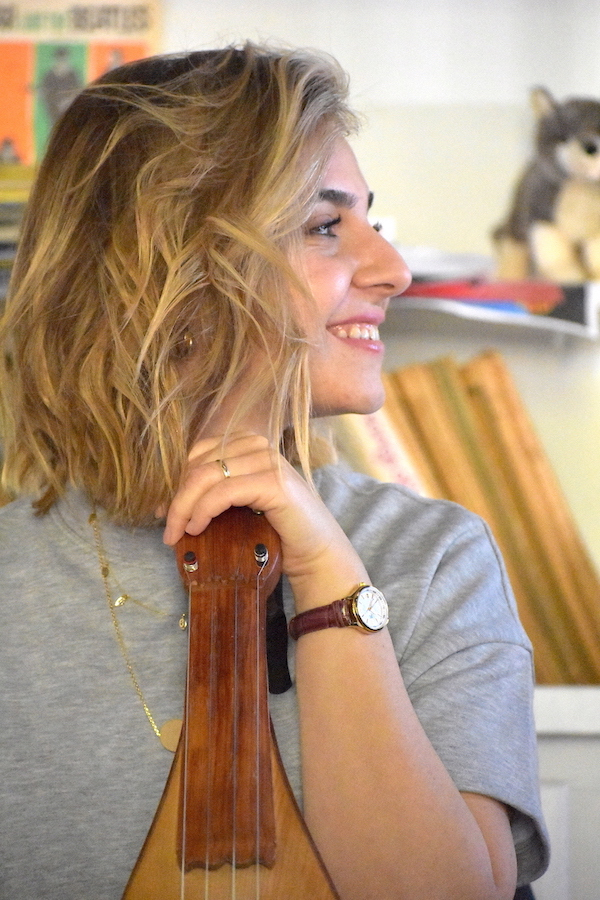 A merging of musical traditions

Gjuka worked with musicians from the University of Calgary on a performance project, and one of the two performances was designed to raise awareness about the global issue of child marriage. It is a reflection of her goal of overcoming cultural limitations and communicating through music, something reflected in her current collaboration with professional musicians at Musicology.

Working with guitarists Doug Kees and David Puett and drummer Jack Jones has provided Gjuka the opportunity to introduce traditional Turkish music to Western-trained musicians, with a heavy emphasis on improvisation and interpretation – main components of Turkish musical training.

“In Western music, performers are expected to perform the music the way composers want,” she said “That sounds good, and it’s a great foundation, but then why do all these musicians go out to bars and perform jazz music instead of classical?”

Gjuka said her goal is to creatively challenge other professional musicians by merging their music in a way that transcends both Western and Turkish traditions.

“I don’t expect them to play Turkish music the way that Turkish musicians play from their own backgrounds,” she said. “Instead, I ask how you can be completely yourself and create your own sound in that tradition.”

Her project is called “Musiki Flow,” named for the creation and engagement that occurs between musicians within the flow of the music. “Musiki” is “music” in Turkish. 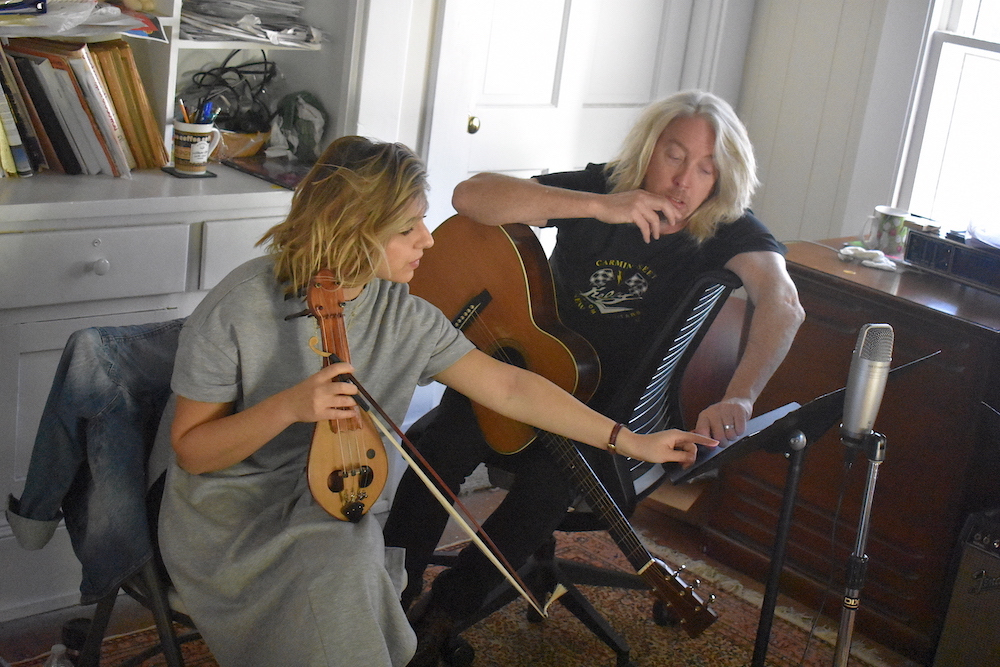 Bahar Bingol Gjuka and Doug Kees discuss the particulars of a piece during rehearsal.

“The time signatures are so different,” he said. “It’s one thing to play in those meters, and then part of the concept of what that music does is that you improvise, to come up with completed melodic lines to play. I’ll say, ‘I don’t know if I can do this.’ But then a few minutes later, it’s starting to work.”

It’s about understanding the music-making process in an intercultural context, Gjuka said.

“I’m trying to show that when you come to a place from another place, there is a time when you become part of that place,” she said. “You have to be part of that community. If you want people to know about something, you get out there and tell them about it. Whether they like it or not, at least they’re informed about it.”

To succeed, Gjuka has to be part of that music-making process.

Her instrument is a classical kemenche, a traditional Turkish instrument that is pear-shaped and bowed. It is played in a downright position, resting between both knees or perched on one knee. Although it is tuned like a violin, performers don’t press on the strings, but instead touch the strings with the side of their fingernails as is traditional for folk fiddles from southeastern Europe.

“It has an emotional and melancholy sound character,” Gjuka said.

It’s a good instrument for a collaboration meant to merge traditions.

“What am I leaving and what am I taking? That’s what I’m asking musicians,” she said. “Even though it’s your creativity, if we are doing it as a community, we hear it and it becomes ours. It belongs to all of us. I want to be part of it. I want to understand.” 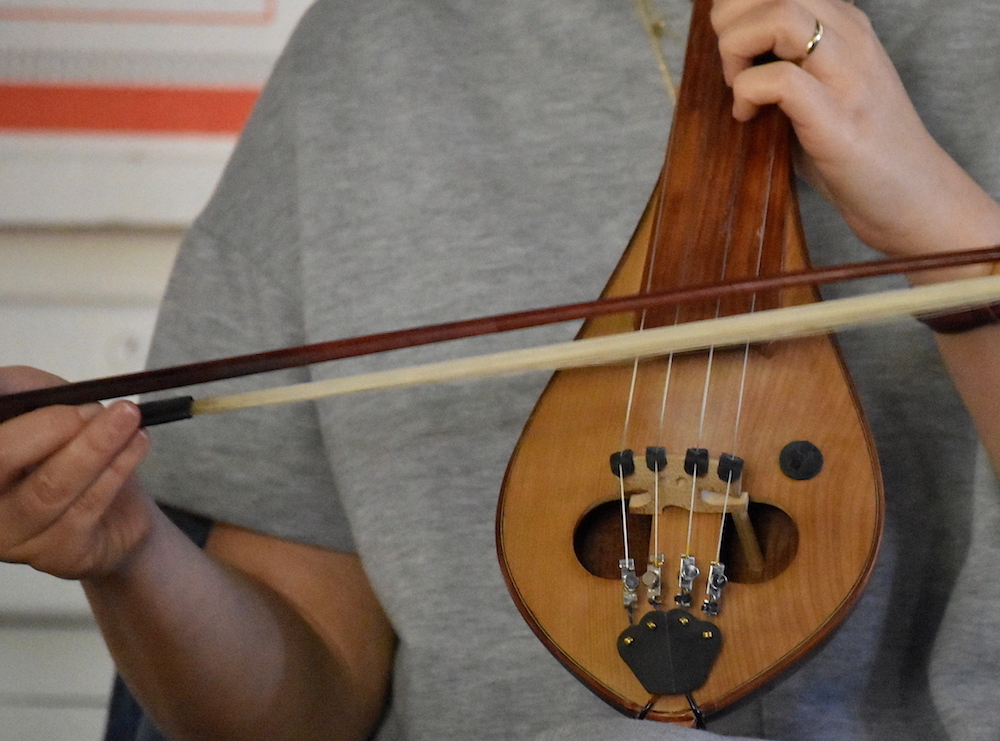 Kees said the results of the collaboration have been impressive.

“It’s not pure Turkish music,” he said. “It’s supposed to incorporate the musical elements of all the players, so a couple of the songs have turned into 20s swing band-type sounds with a Turkish background.”

In fact, Gjuka has managed to put her signature on music written by Kees for his acoustic album, “Roots and Boughs.”

“Bahar had listened to the CD, and she sent me some clips of her playing along to my songs,” Kees said. “It’s a reverse of the other scenario – taking Turkish elements and blending them into Western elements of mine.”

The four musicians will perform for the public on Feb. 8.

“The end product will be music that sounds familiar to you,” Gjuka said. “But we will be showing something extremely creative and challenging, how music evolves between other people and takes on the character of where it lives within the culture.”