Grantville will not provide premium pay for former employees

Wood sworn in as sheriff

Lenn Wood is officially sworn in as Sheriff Friday by Probate Judge Mary Cranford as colleagues, friends and supporters filled the Historic Coweta County Courthouse for the ceremony. 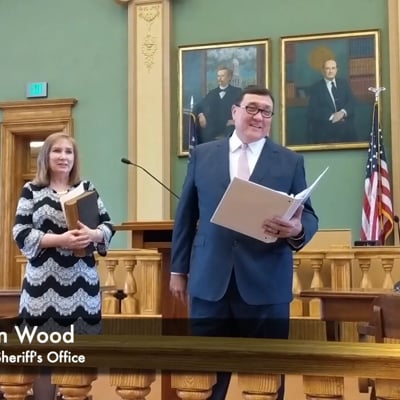 "I look forward to serving the citizens…now and into the future,” Wood said. "While I may be interim for the next few months, I intend to devote my time and efforts in leading the sheriff's office into the future, beyond the next several months.”

Wood kicked off his election campaign at the Historic Train Depot Thursday night.